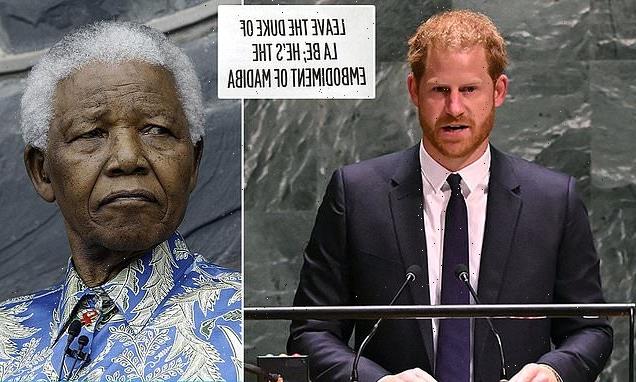 The choice of Prince Harry as the keynote speaker at the UN event honoring Nelson Mandela was mocked by many around the world, including a South African newspaper which sarcastically compared the prince’s plight to that of the civil rights hero.

Harry was invited to speak at the UN in New York City by the Nelson Mandela Foundation, the charitable organization run by Mandela’s family.

He was joined by wife Meghan, who showed up in a glamorous designer outfit worth some $3,000.

Harry used his 15-minute speech to lecture the sparse crowd on climate change, disinformation, the war on Ukraine, COVID and the decision by SCOTUS to reverse Roe vs Wade.

He might have resisted the chance to compare himself to Mandela, but South African newspaper The Sunday Times jumped at the opportunity. 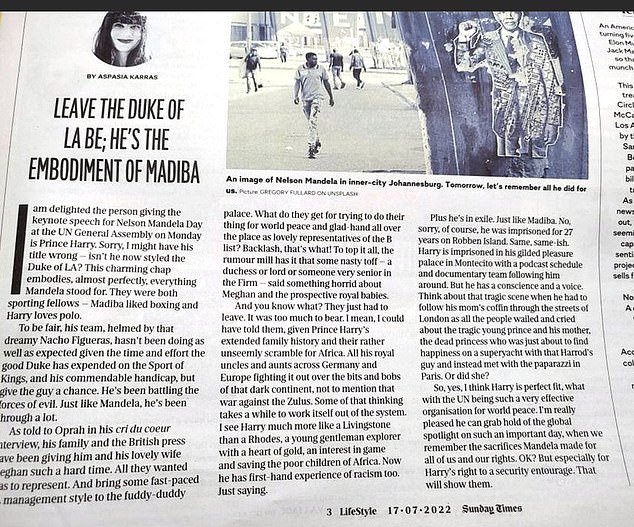 South African columnist Aspasia Karras pokes fun at Prince Harry in a column on Sunday, before Harry spoke. She compared Harry’s Montecito mansion to Robben Island and the icy treatment of Harry and Meghan by the royal family to the hardships of apartheid 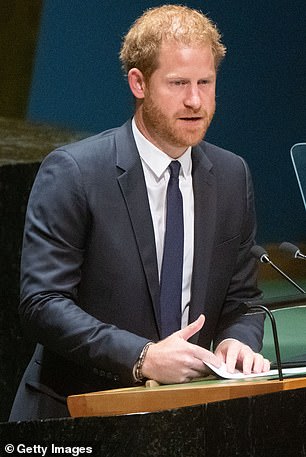 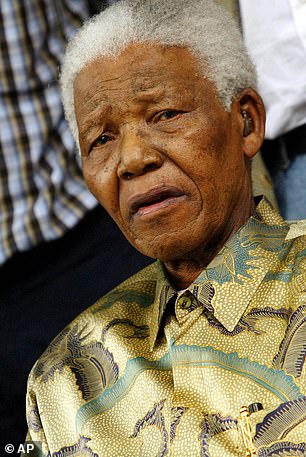 ‘He’s in exile. Just like Madiba. No, sorry, of course, he was imprisoned for 27 years on Robben Island. Same, same-ish. Harry is imprisoned in his gilded pleasure palace in Montecito with a podcast schedule and documentary team following him around,’ wrote Sunday Times columnist Aspasia Karras

In a column on Sunday, before Harry spoke, Editor-at-Large Aspasia Karras wrote: ‘He’s in exile. Just like Madiba.

‘No, sorry, of course, he was imprisoned for 27 years on Robben Island. Same, same-ish.

‘Harry is imprisoned in his gilded pleasure palace in Montecito with a podcast schedule and documentary team following him around.’

She labeled him the ‘self-styled Duke of L.A.’ and said: ‘Just like Mandela, he’s been through a lot.

‘As told to Oprah in his cri du coeur interview, his family and the British press have been giving him and his lovely wife Meghan such a hard time. All they wanted was to represent. And bring some fast paced LA management style to the fuddy-duddy palace.

‘You know what? They just had to leave. It was too much to bear.’

‘I think Harry is a perfect fit, what with the UN being such a very effective organization for world peace.

‘I’m really pleased he can grab hold of the global spotlight on such an important day, when we remember the sacrifices Mandela made for all of us and our rights. OK?

‘But especially for Harry’s right to a security entourage. That will show them,’ she wrote.

Other critics asked why Harry, who regularly uses private jets, had been chosen to give a speech on climate change.

‘Our world is on fire!’ he told the UN on Monday after arriving in New York City with Meghan, who wore more than $3,000 in designer clothes.

It’s unclear whether the couple arrived in New York City on a private jet.

Representatives for the pair did not immediately respond to inquiries about their travel, nor did spokespeople for The Nelson Mandela Foundation.