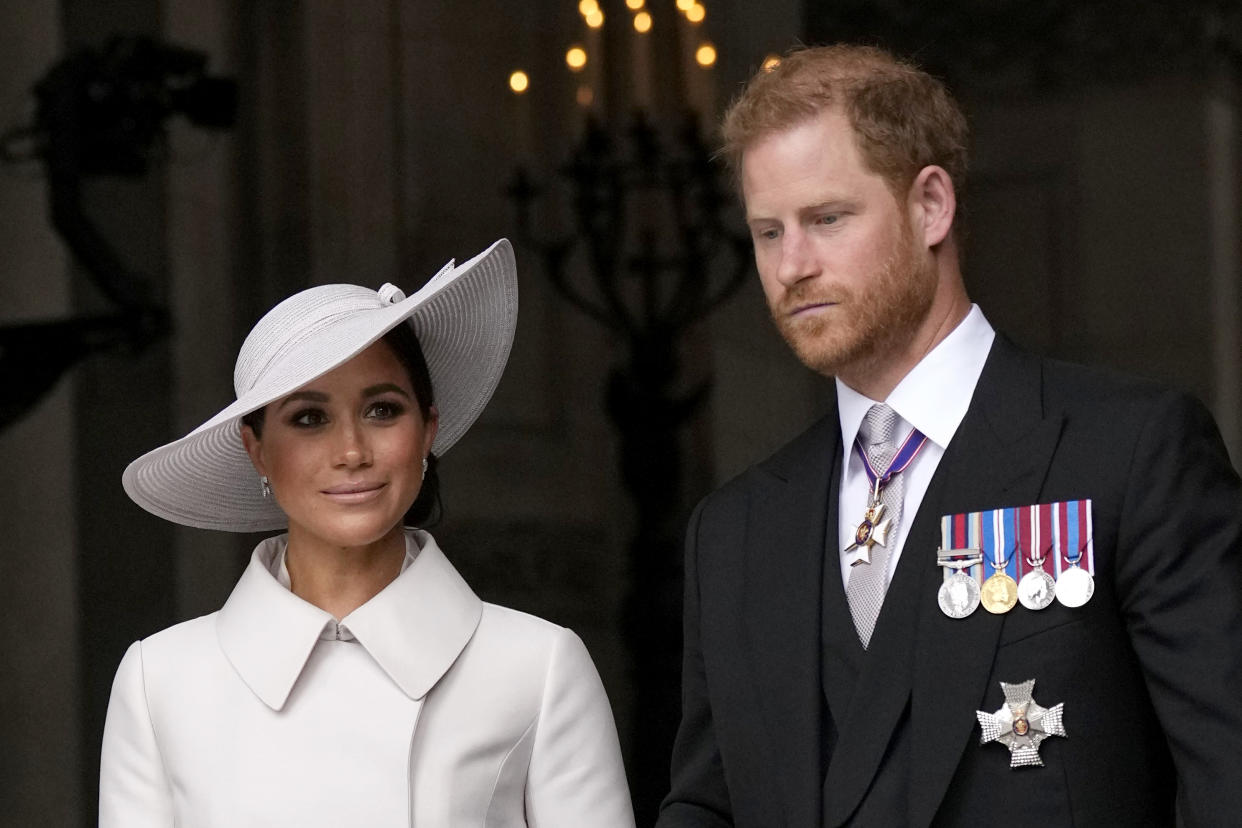 Meghan Markle and Prince Harry think the stress of her lawsuit against Associated Newspapers, which owns the Mail and the Mail Online, led to her miscarriage.

In the second part of Netflix's Harry & Meghan documentary, which dropped on Thursday, the couple talks about her 2020 miscarriage. At the time, the pair had recently left England, stepping down as senior royals, and relocated to the Suits actress' home state of California with their son, Archie. In addition to the non-stop negative coverage of "Megxit," Markle — with Harry's blessing — was suing the Mail on Sunday over its publication of excerpts of a private letter she sent her dad, Thomas Markle, after he was a no-show at their 2018 royal wedding.

The couple's lawyer Jenny Afia said Markle would be texting her at 3 a.m. about the case. "She'd be awake, unable to sleep, thinking about this case and the wider issues and the toll it was taking," she said. "I knew the stress [it] was having on Meghan." 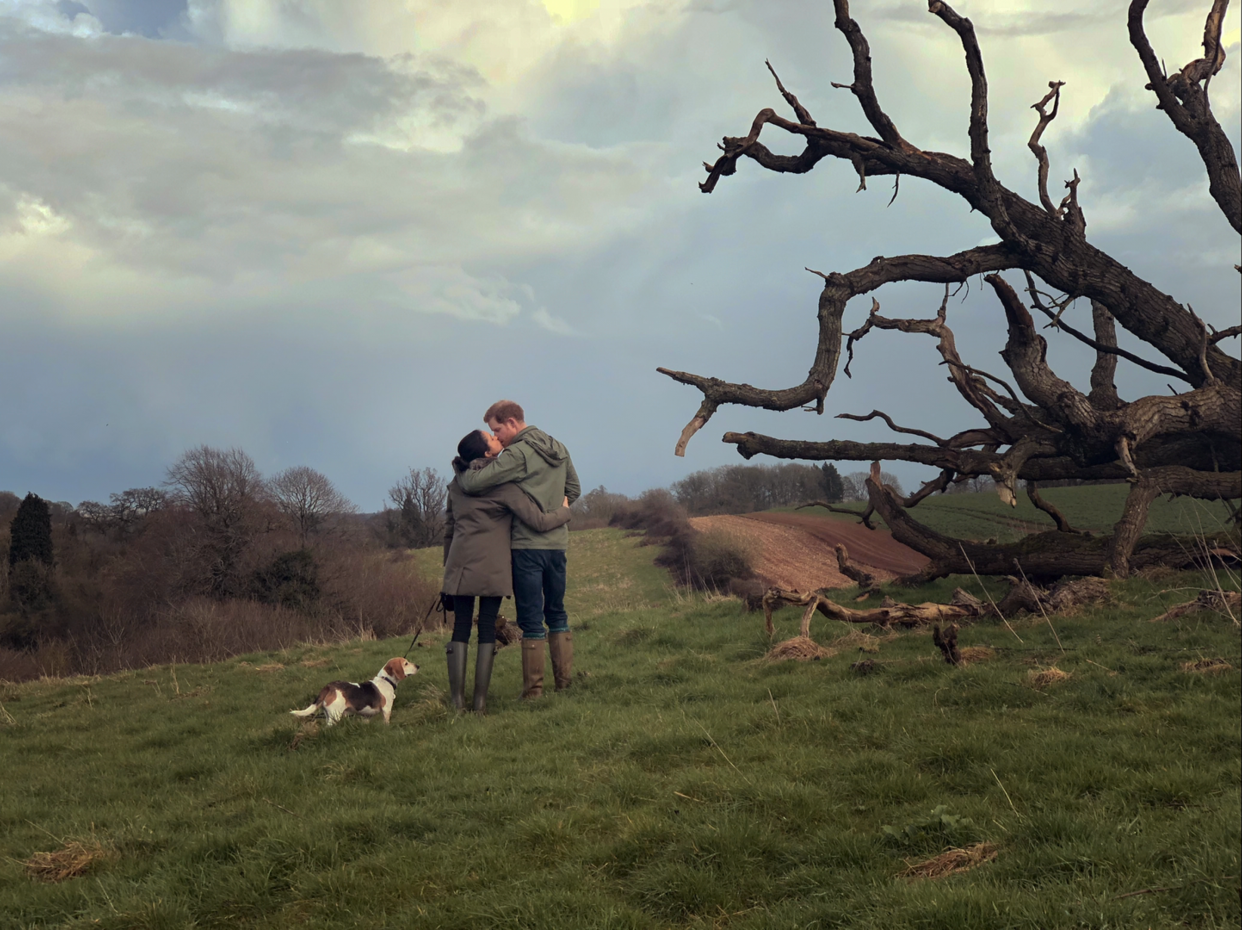 At the time, they had just moved into their new Santa Barbara home for a new beginning (after staying at Tyler Perry's home temporarily). Her Suits co-star Abigail Spencer recalled visiting the house on that first day and Markle telling her she was having "a lot of pain" as she held Archie in her arms. Then, Markle "just fell to the ground."

"I was pregnant, I really wasn't sleeping," Markle said. "And the first morning that we woke up in our new home is when I miscarried."

Harry said, "I believe my wife suffered a miscarriage because of what the Mail did. I watched the whole thing. Now do we absolutely know that the miscarriage was caused by that? Of course, we don't. But bearing in mind the stress that caused the lack of sleep and the timing of the pregnancy, how many weeks in she was, I can say from what I saw, that miscarriage was created by what they were trying to do to her."

Markle ended up winning her privacy lawsuit against the British tabloid in February 2021. In December of that year, she received a public apology from the Mail on Sunday.

Markle also said that the lawsuit changed everything with the royal family. When she initially said she wanted to sue, the royal institution did not honor her request. That led to her taking legal action against the tabloid own her own.

"Everything changed after that," said Meghan. "That litigation was the catalyst probably for all of the unraveling." 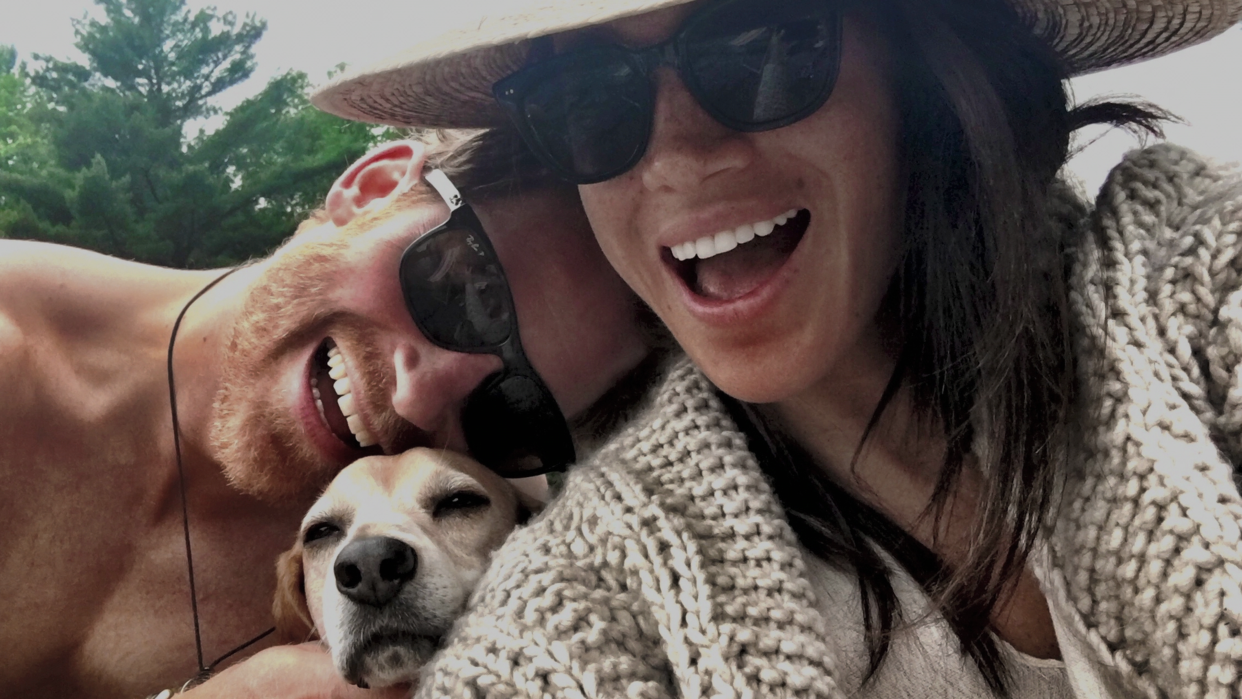 Among the other interesting parts of the documentary was Harry claiming that his brother, Prince William, screamed and shouted at him during the Sandringham summit in January 2020.

Leading up to that, Markle had experienced suicidal thoughts amid the negative press (some allegedly planted by the palace and a lot of it, in general, racist in nature) and said she wasn't able to get mental health help because the institution was concerned about how that would look. Harry admitted that he knew his wife was struggling and "felt angry and ashamed" because he didn't "deal with it particularly well. I dealt with it as institutional Harry as opposed to husband Harry." After that, they knew they need to make changes — and announced in early January that they were stepping back as senior working members of the royal family.

"I sent an email to the three most senior private secretaries saying, 'Let's have a meeting, let's get together and have a meeting and talk about this,' " Harry said. "Because what was happening, what was playing out in public was crazy. And that meeting was rejected."

Markle took Archie and went to Canada, where she resided before her move to the U.K. At that point, it was arranged that there would be a meeting at Sandringham with Harry and the late Queen Elizabeth, now-King Charles and Prince Williams. 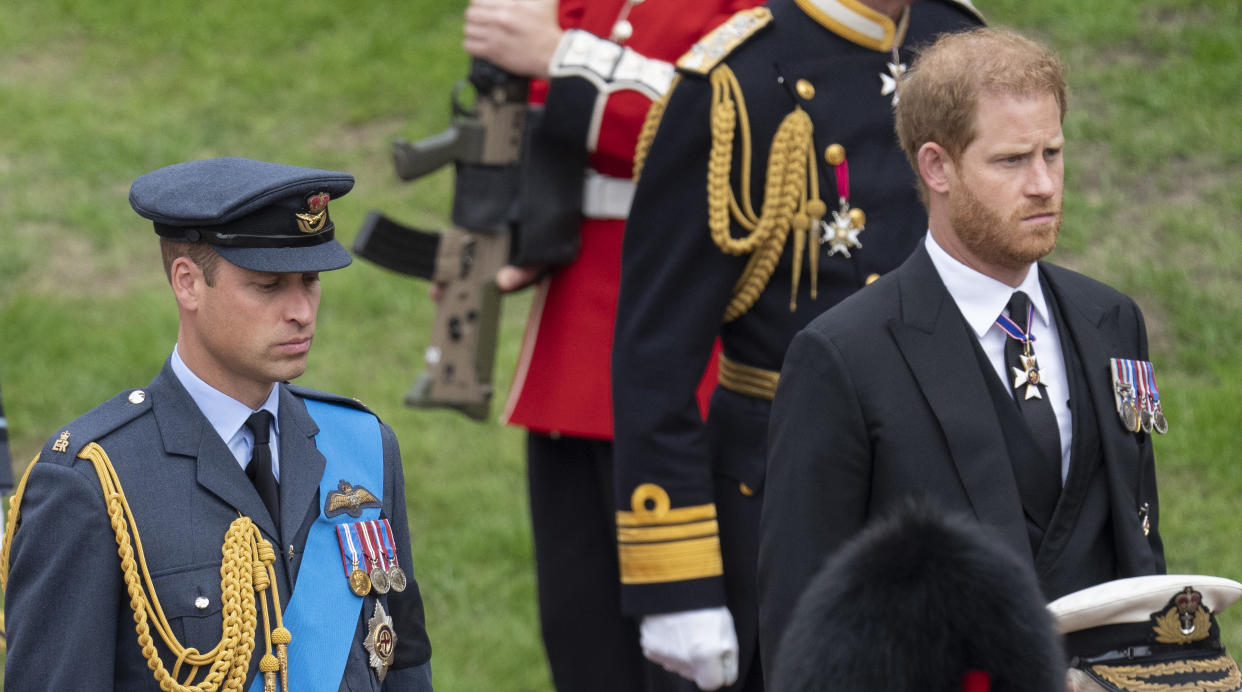 Harry said it was "clear" to him that they planned it so Markle wasn't in the room. She said: "Imagine a conversation, a roundtable discussion about the future of your life. When the stakes are this high. And you as the mom and the wife and the target, in many regards, aren't invited to have a seat at the table."

The meeting played out over 90 minutes at the monarch's country estate in Norfolk.

"I went in with the same proposal that we'd already made publicly," Harry said. "But once I got there, I was given five options. One being 'all in, no change,' five being 'all out.' I chose option three in the meeting. 'Half in, half out.' Have our own jobs but also work in support of the Queen."

He said William became enraged by his decision.

"It became very clear very quickly that that goal was not up for discussion or debate," Harry said. "It was terrifying to have my brother scream and shout at me, and my father say things that simply weren't true and my grandmother quietly sit there and sort of take it all in."

He said the meeting "finished without any solidified action plan… I think from their perspective, they had to believe that it was more about us and maybe the issues that we had, as opposed to their partner, the media, and themselves. That relationship that was causing so much pain for us. They saw what they wanted to see."

Harry called the "saddest part of it" all "this wedge created between myself and my brother, so that he's now on the institution's side. Part of that I get, I understand, right, that's his inheritance. So to some extent, it's already ingrained in him that part of his responsibility is the survivability and continuation of this institution."

"Within four hours, they're happy to lie to protect my brother and yet, for three years, they were never willing to tell the truth to protect us," Harry said of the statement.

Harry said he realized, “There was no other option at this point. I said, 'We need to get out of here.'"

He added of the narrative that Markle was behind them stepping down, "It was my decision. She never asked to leave. I was the one that had to see it for myself."