Prince Charles is set to become the first member of the Royal Family to visit Cuba on a historic official tour next year.

The ground-breaking visit to the Communist country is still in the early stages of planning and has not been confirmed yet.

But government officials from both countries are ‘extremely hopeful’ it will happen in the next few months, possibly as early as the spring, the Mail can reveal.

It is understood that Charles met with the new Cuban president, Miguel Diaz-Canel, at Clarence House last month, which is being viewed by diplomats as an extremely positive sign.

The trip, which will be part of a large-scale Caribbean tour, would have been unthinkable just a few years ago, as the country was emerging from six decades of leadership under the dictator Fidel Castro and his family.

In 2016 Barack Obama became the first US president to visit in 88 years, but no British Prime Minister has ever set foot on Cuban soil.

With the Queen no longer undertaking foreign travel, the prince’s official trips are akin to a state visit and will be viewed as a significant step forward in Britain’s relationships with the once Soviet-backed Cuba, particularly in a post-Brexit world.

Royal tours are viewed by the Foreign and Commonwealth Office as a significant weapon in their diplomatic armoury, a deployment often referred to by Whitehall as ‘soft power’.

Many senior royals, especially Charles, are seen to have the ability to open doors in parts of the world where politicians simply cannot, paving the way for high-level negotiations by ministers and diplomats. 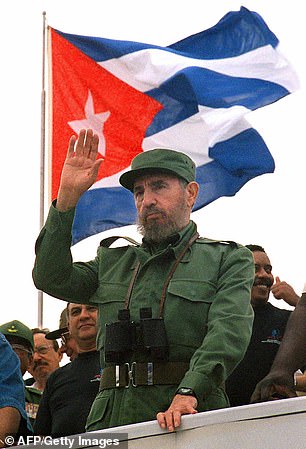 Fidel Castro (pictured above) was the longest-ruling non-royal national leader since 1900 by term length (52 years, 101 days)

Charles, 70, who will be accompanied by his wife, the Duchess of Cornwall, 71, will have to tread carefully, however, as the unprecedented visit is likely to be viewed with caution in the US.

In 2014, President Obama announced plans to normalise diplomatic relations with the country after talks with the then president, Raul Castro, Fidel’s younger brother. Relations had been severed for more than 50 years, since the failed Bay of Pigs invasion and Soviet missile crisis.

He also lifted trade sanctions and made it easier for Americans to travel and do business there in the hope of improving living conditions and slowly gaining influence over the future of the Communist nation.

But in June last year, President Trump overturned aspects of his predecessor’s policies, arguing leniency had achieved nothing. He cited a mysterious spate of illnesses among US diplomats in Havana and ordered most employees of his embassy to leave.

He also expelled Cuban diplomats from Washington and revoked travel and business freedoms.

His decisions have allowed, many officials believe, the likes of China and Russia to gain a foothold on the island just 90 miles off the US coast. The new Cuban president visited Communist-run Russia, China, North Korea, Vietnam and Laos last month.

But UK diplomats hope a visit by a senior royal will help to extend Britain’s global reach in the country, particularly once Britain has left the EU. The Government will be keen to encourage a more modern, open and free Cuba, and push for greater protection for citizens in a country which has a poor human rights record, especially when it comes to arbitrary imprisonment, unfair trials, freedom of expression and the use of digital media. 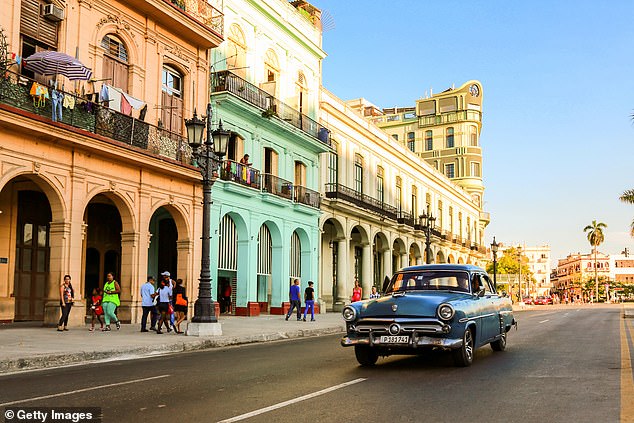 Charles is likely to highlight local entrepreneurship as well as point to Britain as a potential trade and investment partner. The Cuban government is actively seeking inward foreign investment as it tries to grow its economy, which is struggling with heavy state controls and lower global commodity prices.

It is anticipated that climate change and environmental issues will also feature heavily on any future royal itinerary in a region blighted by increasingly unpredictable weather patterns, such as hurricanes, and by plastics.

The UK recently told the United Nations it recognises Cuba’s positive steps in combating human trafficking but remains concerned about restrictions to the freedom of expression and the treatment of prisoners, issues which Charles is expected to raise indirectly.

Clarence House last night declined to comment on the prospect of a royal visit.