The heroic President said: "I am glad we have not lost a very important ally, this is great news." 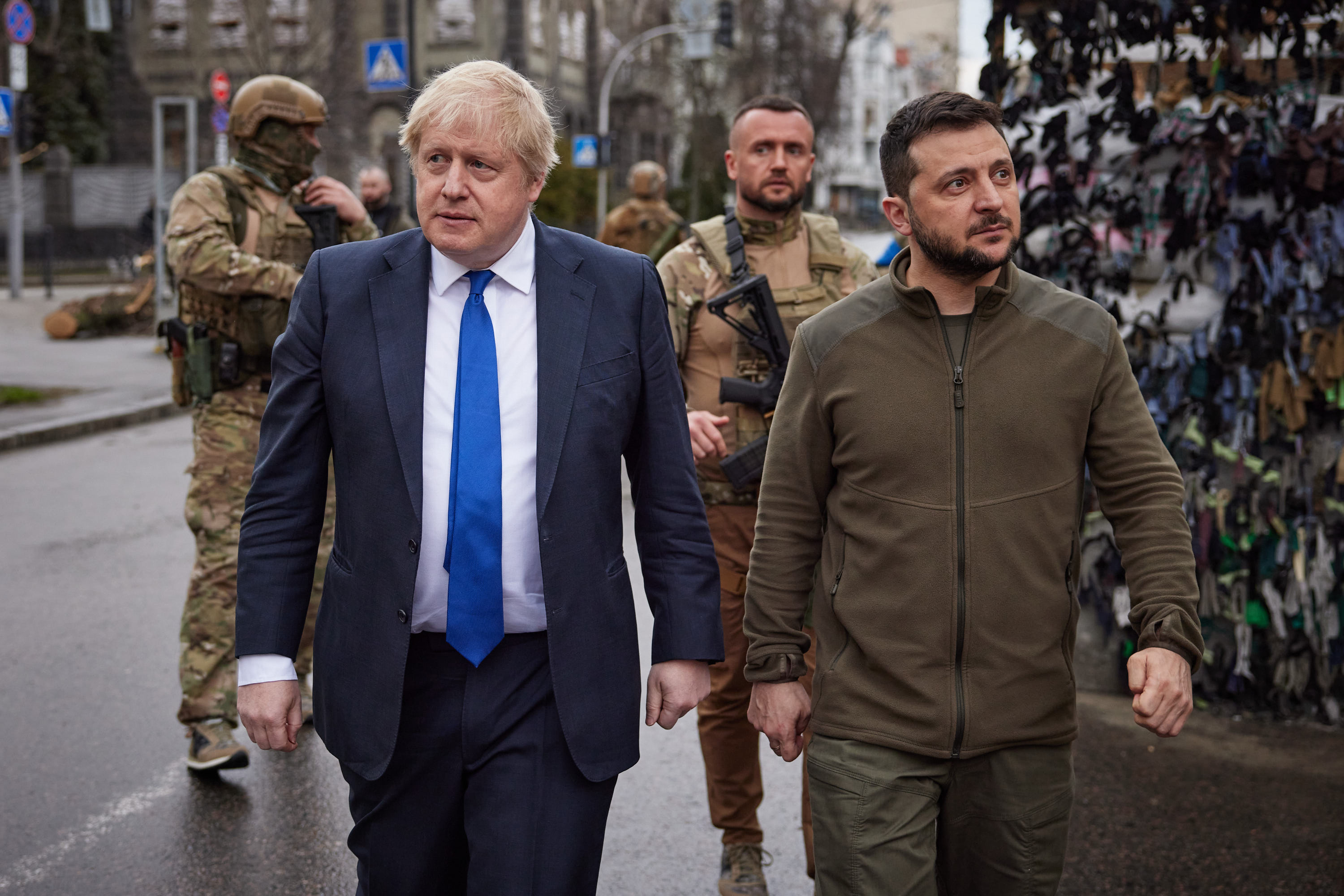 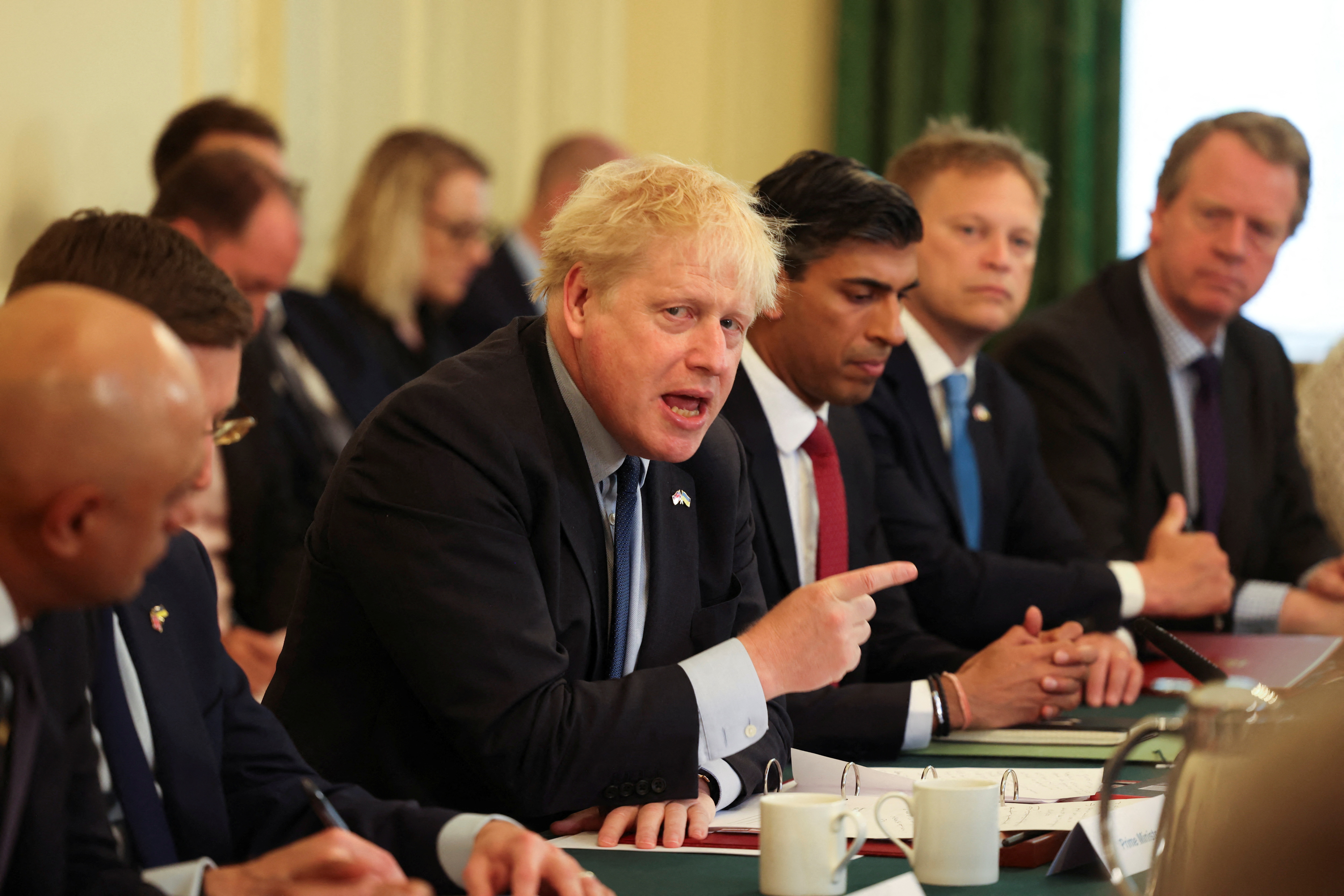 His show of support is a massive boost for the British PM who has slapped down mutineers trying to topple him during the war.

In an interview with the FT, the wartime leader added: "I am very happy he won the confidence vote. He is a true friend of Ukraine."

The pair spoke yesterday just hours before the PM narrowly survived a confidence vote in his leadership.

Reeling from a dangerous revolt of 148 Tory MPs, the wounded PM this morning rallied Cabinet to remain focused on "what matters".

As allies admitted it was "inevitable" that some ministers knifed him in the back, Mr Johnson gathered his top team for a stock take.

He told Cabinet: "Thank you everybody for your good work yesterday which was a very important day.

"Because we're able now to draw a line under the issues that our opponents have wanted to talk about and we're able to get on with talking about what I think the people in this country want to talk about."

He also dangled the enticing prospect of tax cuts if Tories stuck with him.

Dusting himself down after the slim victory, the PM showed it was business as usual by taking his dog Dilyn for an early park run.

But it came hours after two in five Conservatives voted to chuck him out of office in a stinging confidence vote following Partygate.

His survival by the skin of his teeth left him just 32 votes from oblivion.

Loyalist MP Ben Bradley said the scale of the revolt meant it was "inevitable" some ministers had secretly rebelled.

Today the PM's allies closed ranks around their boss and told plotting rebels to move on.

Deputy Prime Minister Dominic Raab said the vote was won "clearly", and called on the party to "draw a line in the sand".

He told Sky News: "The Prime Minister won it with 59 per cent – that's actually more than he got in terms of support when he was elected leader of the Conservative Party.

"We've had that vote now, it was the prerogative of those calling for it to have it.

"The Prime Minister won it clearly, he won it by 63 votes, and now the most important thing is to respect that vote and move forward."

A REAL HAIR TO HARRY!

My Raab also encouraged his colleagues to "come together" and move forward.

Sir Graham Brady, the chairman of the 1922 Committee, announced the result last night and revealed that 211 MPs had stayed loyal.

If 32 more Tory MPs had voted against him, the PM would have been forced to quit.

The figure of 148 represented a greater percentage than the 37 per cent that voted to kick out Theresa May in 2018 — and she was ousted six months later.

It also falls short of Margaret Thatcher and John Major’s numbers in the dying days of their governments.

But despite the rebels failing to deliver a knockout blow, the result will have weakened Mr Johnson’s grip on the party and the door is wide open for more months of Tory infighting.

Former party leader William Hague today kept up the pressure by calling on the PM to go.

Current party rules mean Mr Johnson is safe from a fresh challenge for another year, but there are already plots in Westminster to try to change those rules.

Last night, Mr Johnson’s supporters put on a brave face, saying the result put the leadership question to bed. One minister insisted: “No one can remember the score of a test match two years ago — or even two days ago — but you remember who won.”

BY THE SKIN OF HIS TEETH

“Now we can fully focus on delivering on the people’s priorities and put leadership speculation and distractions behind us for good.”

But privately Cabinet ministers admitted the result was “near worst-case scenario”. One senior Tory said: “That is a catastrophic result for Boris.”

Another added: “He must listen to the sheer scale of the rebellion and go now, for the sake of the country.”

Tory MP Julian Sturdy was the first out of the blocks calling for Mr Johnson to step down.

The York MP said there was “clear evidence that he no longer enjoys the full-hearted confidence of the parliamentary party and should consider his position”.

He said the result means the Tory Party believes “breaking the law is no impediment to making the law” and that people have “no right to expect honest politicians”.

Allies of Mr Johnson have insisted he will carry on as PM even though significant numbers of Tory MPs refused to back him.

Jacob Rees-Mogg had claimed victory by even a single vote would have been enough for him to continue. Mr Johnson’s win came after he had spent the day pleading with his Tory MPs not to risk “utter disaster” under Labour by choosing to oust him.

But he risked putting off wavering MPs by suggesting he “would do it again” when asked about Partygate. However, aides insisted he meant thanking staff for their hard work during the pandemic.

Neil Hudson, Penrith and the border

The bullish PM spent all of Monday fighting tooth and nail to stay in Downing Street and “draw a line” under recent woes.

He even sent a personalised letter to each Tory MP after hours of crisis meetings about how to charm his critics. His letters said it would be “destructive, decisive and distracting” to change leader now.

Dangling the prospect of electoral defeat, he said constant in-fighting would pave the way for Sir Keir Starmer and Labour to take over.

He said: “They would be an utter disaster in office. Forced to erode our precious union by alliance with the SNP.

“And the only way we will let that happen is if we were so foolish as to descend into some pointless fratricidal debate about the future of our party.”

But while the Cabinet publicly backed him, the PM lost the support of all but two of his six Scottish Tory MPs, with one quitting as a junior government aide to vote against him. 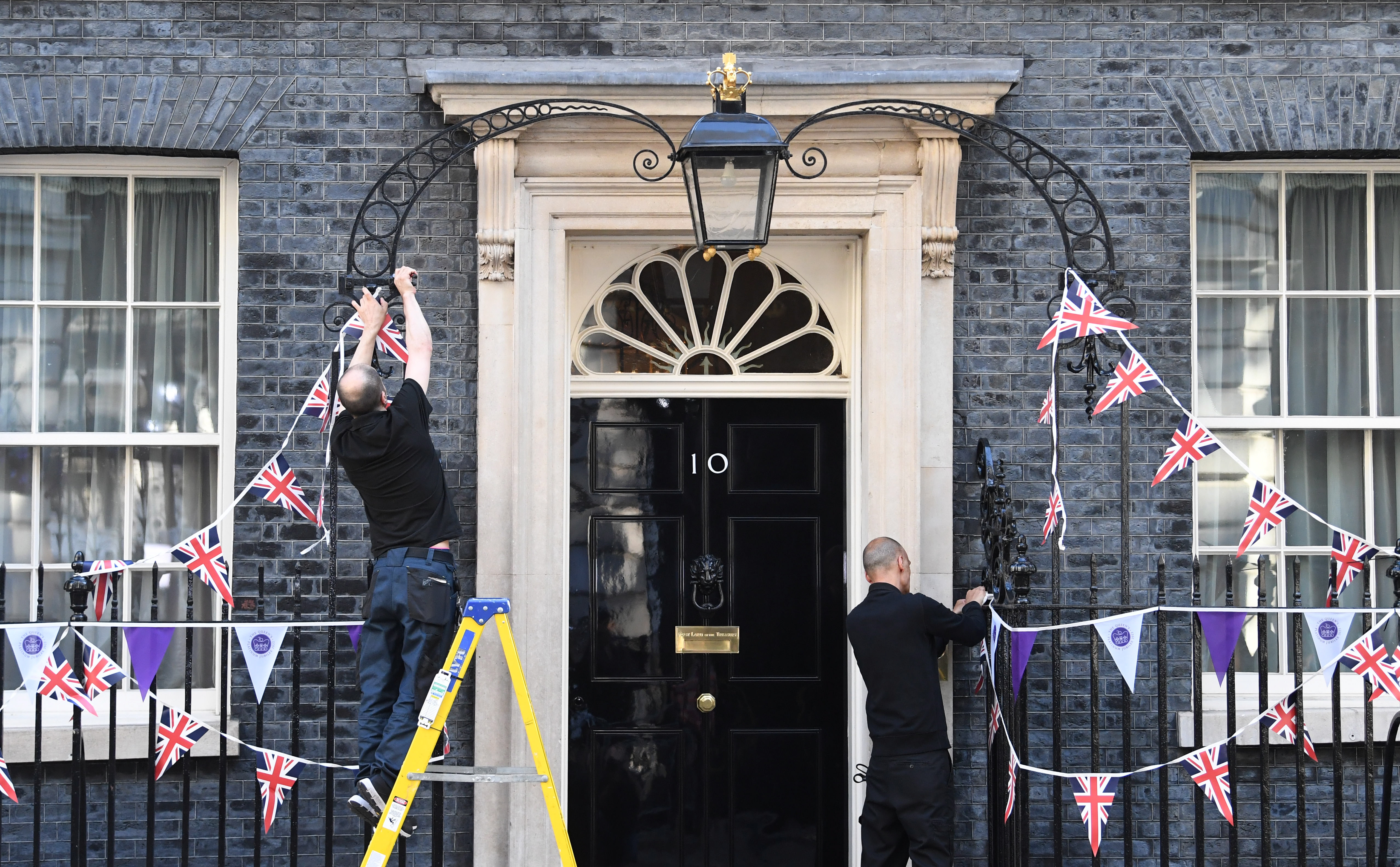 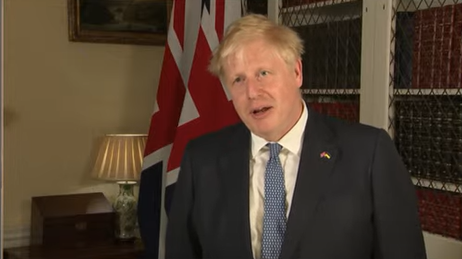 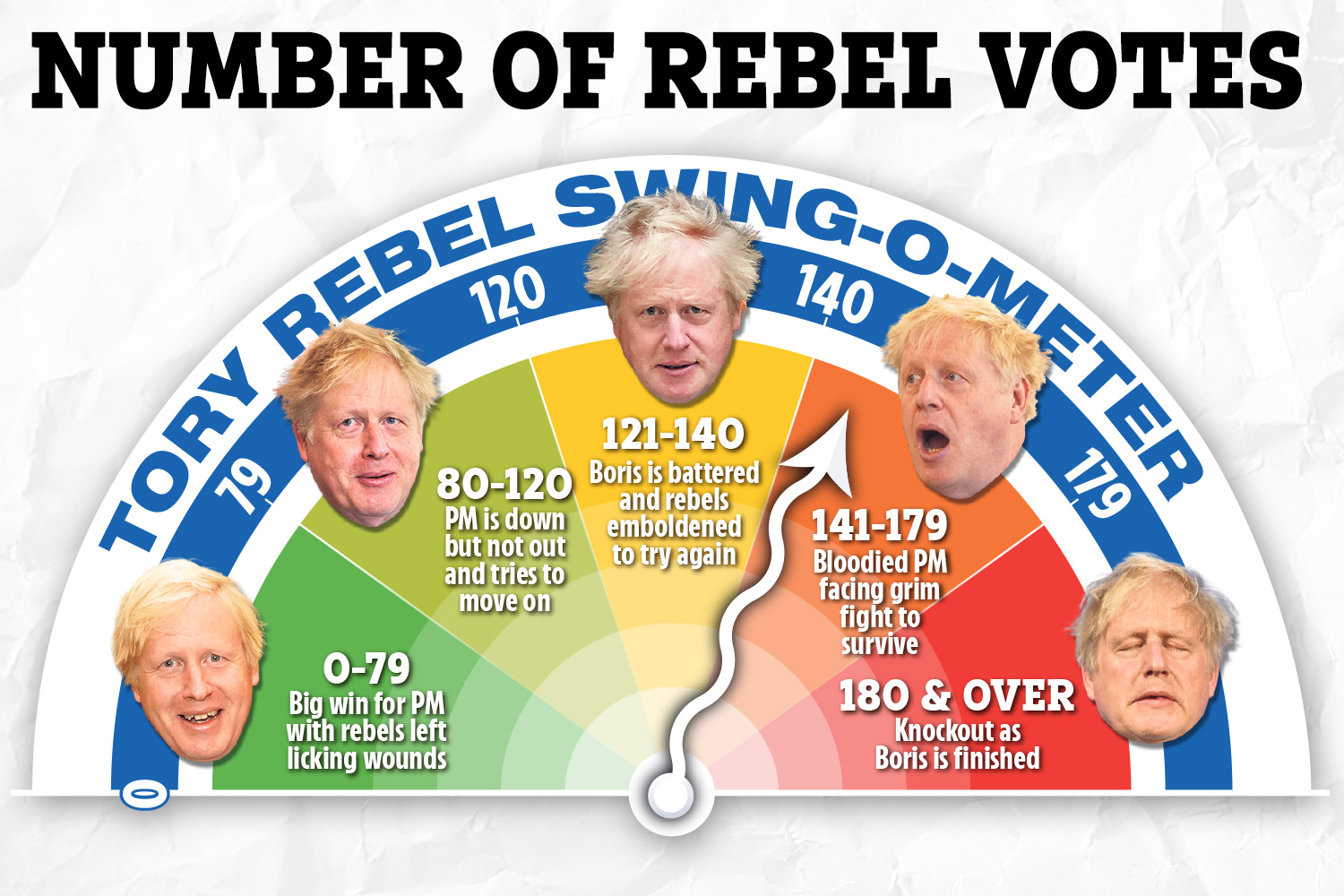