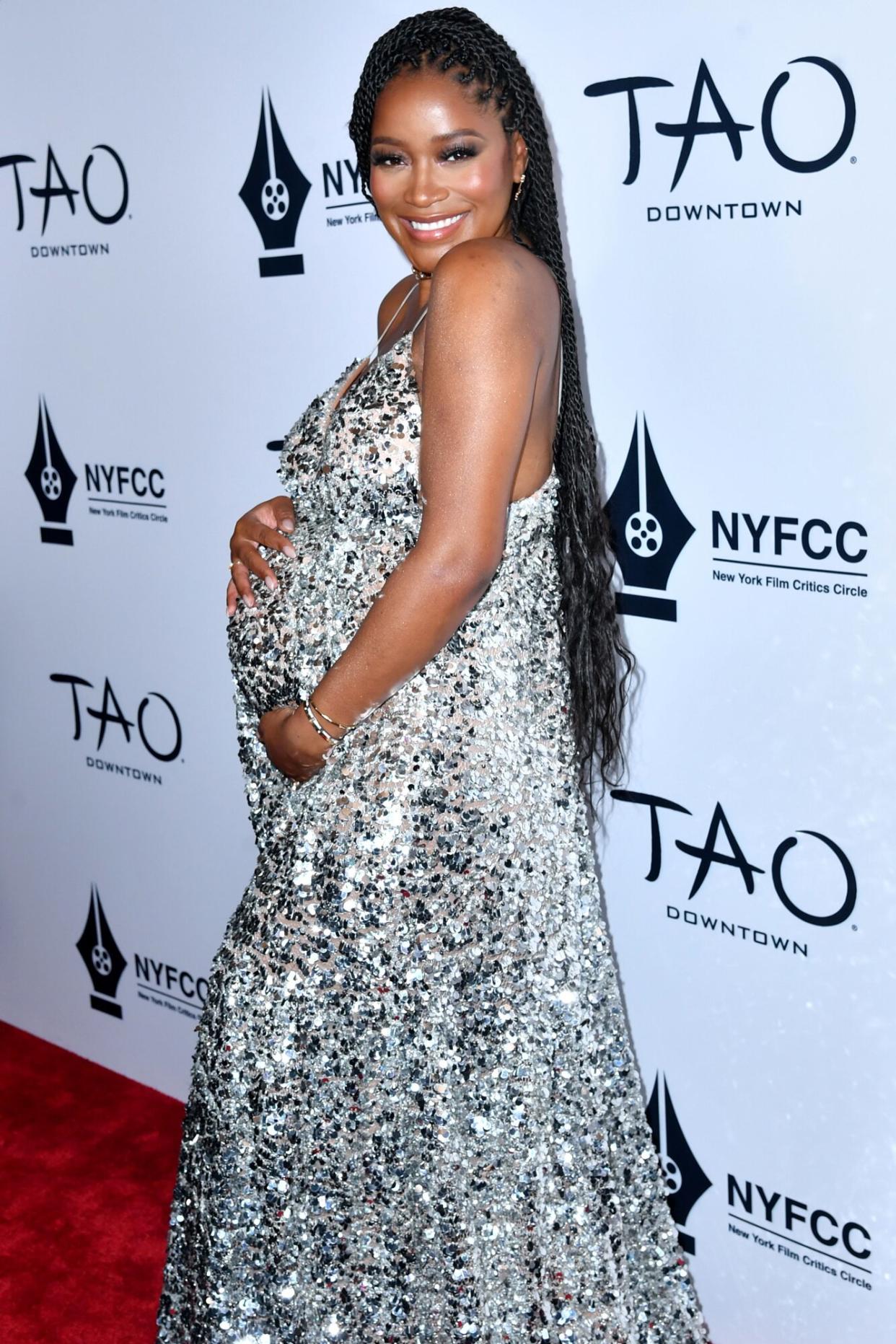 Keke Palmer is bumping along in style!

The actress, 29, who is currently pregnant and expecting her first baby with boyfriend Darius Jackson, put her growing bump on full display while attending the 2023 New York Film Critics Circle Awards on Wednesday.

Taking place at TAO Downtown in New York City, Palmer glistened on the event’s red carpet in a silver floor-length spaghetti strap gown. She accessorized her attire for the evening with a thin silver necklace and wore her hair in long braids.

Her night out comes after returning from her “restful” babymoon, part of her resolution in 2023 to “take it easy.”

Palmer went on to win the best supporting actress award on Wednesday for her role in Jordan Peele’s Nope during the annual event.

RELATED: Pregnant Keke Palmer Shares Photos from Babymoon as She Reflects on Learning to ‘Take It Easy’ 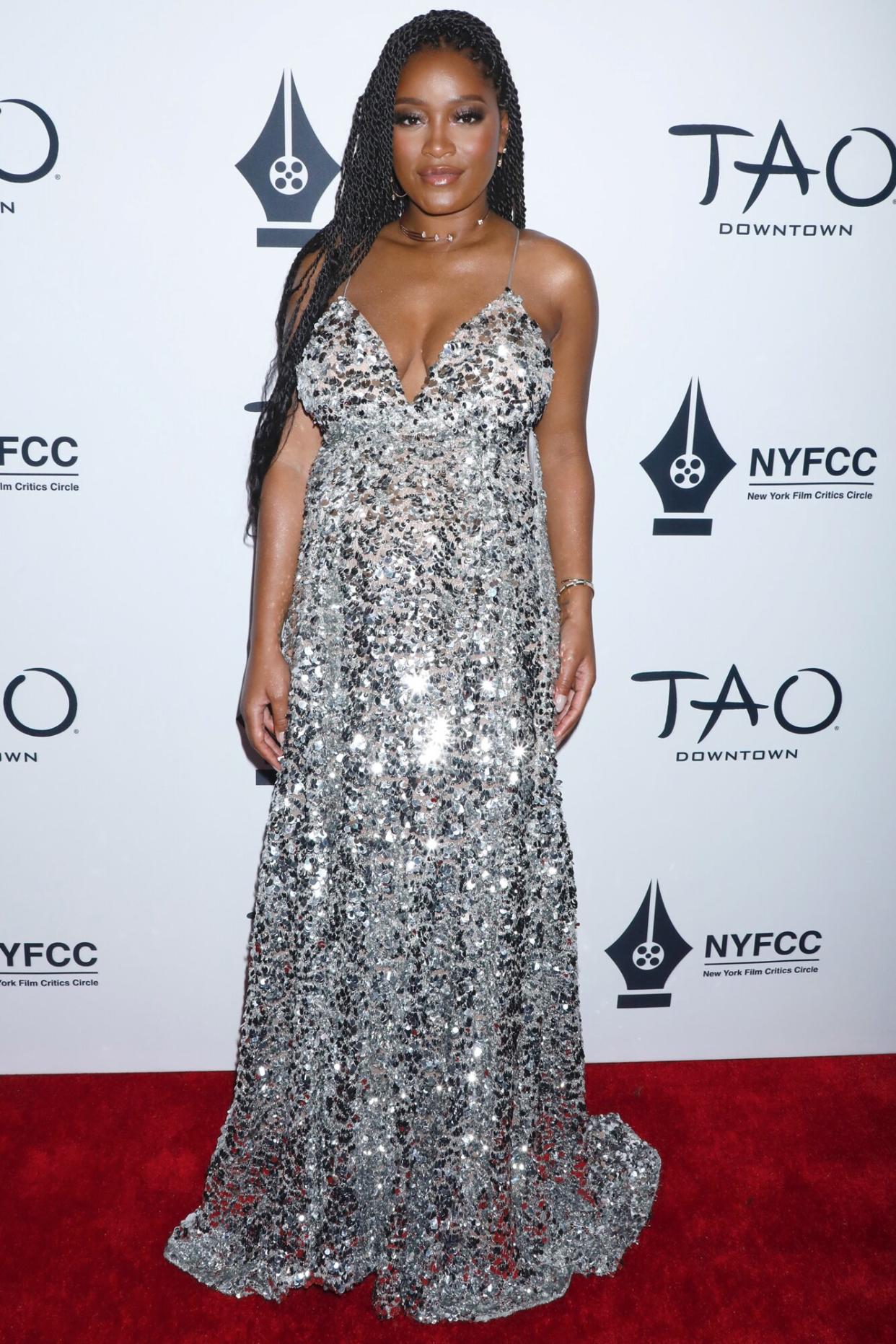 RELATED:Keke Palmer’s Boyfriend Shares Ultrasound Photo as He Thanks 2022 for ‘Giving Me a Family’

“There’s some rumors going around, people have been in my comments saying, ‘Keke’s having a baby, Keke’s pregnant,’ and I wanna set the record straight — I am!” Palmer exclaimed during her opening monologue, as she opened her coat to reveal her pregnant belly.

“I gotta say, though, it is bad when people on the internet spread rumors about you y’all, but it’s even worse when they’re correct. I mean, like, I was trying so hard to keep it on the down low, cause I got a lot of stuff going on, you know?” she continued. “But honestly this has been the biggest blessing, and I am so excited. Guys, I’m going to be a mom.”

Palmer joked: “Even though some people feel a little weird about me having a baby cause I was a child actor, I just wanna say, look, I’m 29, I’m grown, I have sex, I own a home, I stormed the Capitol on January 6, you know? Things adults do.”

Palmer’s beau Jackson, 28, reflected on the couple’s exciting 2022 together in a post shared on social media earlier this week.

Sharing a photo carousel on Instagram Tuesday, the post included pictures of Jackson on vacation with Palmer, where he could be seen scooping her up for a kiss as they enjoyed a swim on their trip. He also shared an ultrasound photo showing their baby’s side profile.

“To 2022, thank you for giving me a family ❤️🙏🏽,” Jackson captioned the sweet series of photographs.

Previously, Palmer showed off her bare baby bump in a cute boomerang with Jackson on Christmas Eve, in which he kissed her pregnant belly. “Mom n Dad,” he wrote with the clip of himself and the Emmy Award winner and mommy-to-be.