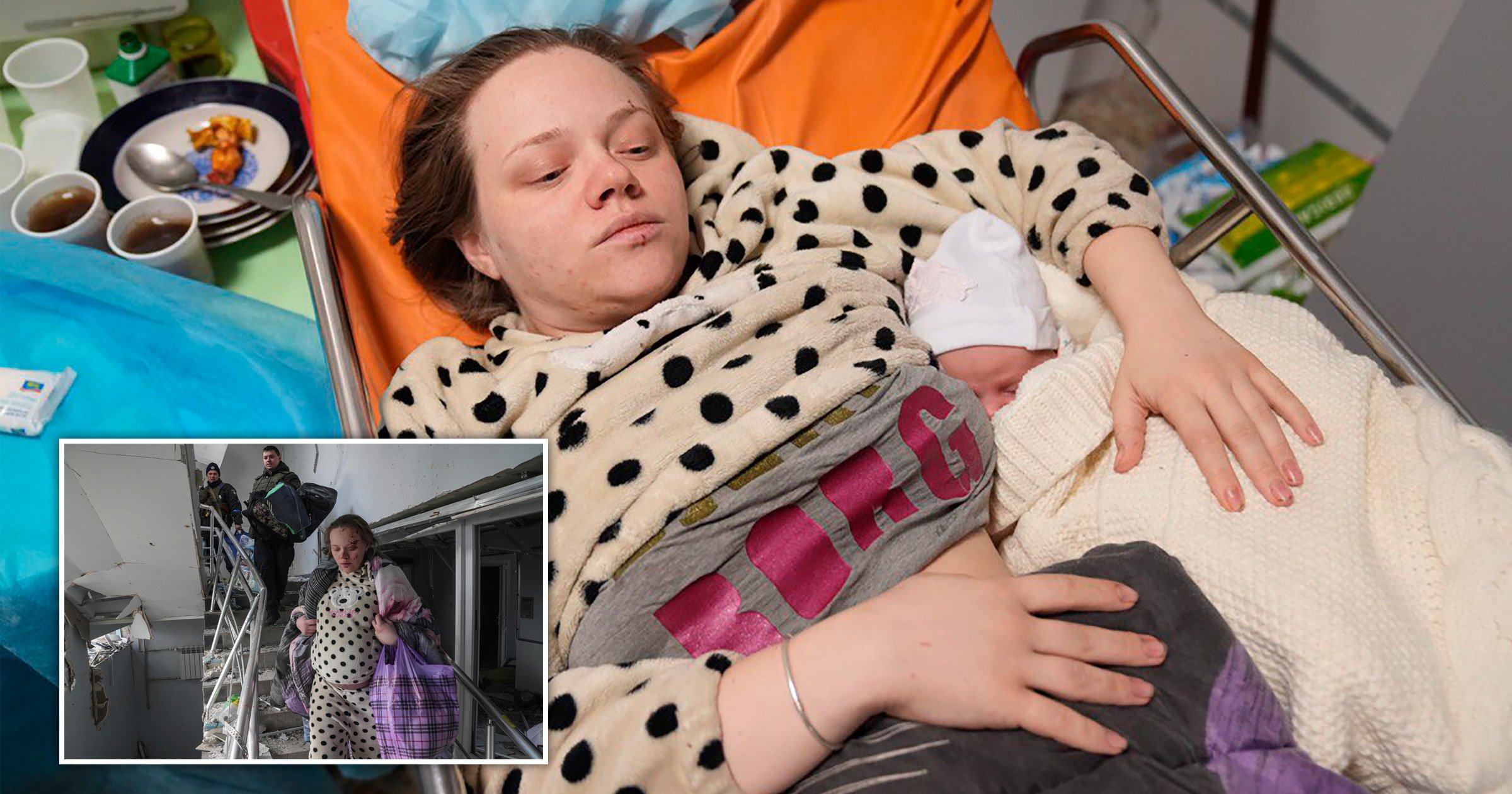 A pregnant beauty blogger caught in an airstike on a Ukrainian hospital and publicly accused by Russia of faking her injuries has given birth to her baby.

Pictures of Mariana Vishegirskaya’s dazed, bloody face went viral and topped news coverage around the world after a Russian bomber plane hit the maternity ward in the port city of Mariupol on Wednesday.

Ukrainian officials said three civilians including a child were killed, while 17 staff and patients were injured and several remained trapped under the wreckage on Thursday.

Verified footage showing burned out buildings and a huge crater right outside the hospital.

Less than a few hours later, Russia’s embassy to the UK accused the heavily pregnant woman of using fake blood and dirt and posing for photos by a ‘famous propagandist’.

In a series of tweets sharing content about the incident emblazoned with a red ‘fake’ label, it claimed, without providing evidence, that the maternity ward was no longer operational at the time and was being used by Ukrainian troops.

Naming her as Marianna Podgurskaya, one post featured side-by-side pictures of the victim in the aftermath of the attack and posing with beauty products on Instagram.

Photos of Mariana with her newborn, Veronika, and partner Yuri were published on Friday.

She could be seen wearing the same white spotted pyjamas as she wore escaping the rubble of the maternity ward, laid down in a small room full of cardboard boxes.

The embassy’s tweets, which have been removed by Twitter for violating its rules, featured in a wave of contradictory claims by Russian officials about the incident.

Putin’s foreign minister, Sergei Lavrov, initially defended the attack, claiming the hospital was a legitimate target as it had been emptied of patients and was now being used as a base by Ukrainian soldiers.

Later, Russia’s Defense Ministry denied the strike had taken place at all, claiming that two explosions that destroyed the building were caused by bombs deliberately planted in a ‘staged provocation to incite anti-Russian agitation in the West’.

Responding to a comment from another user, the embassy wrote: ‘She is indeed. As she has some very realistic make-up.

‘She is also doing well with her beauty blogs. Plus she could not be in the maternity house at the time of the strike, as it has long been taken by the neo-Nazi Azov Battalion who told all the staff to clear the place.’

The Azov Battalion is a far-right unit of the National Guard of Ukraine, a

A number of posts by the Russian embassy about the incident on Facebook have also been taken down.