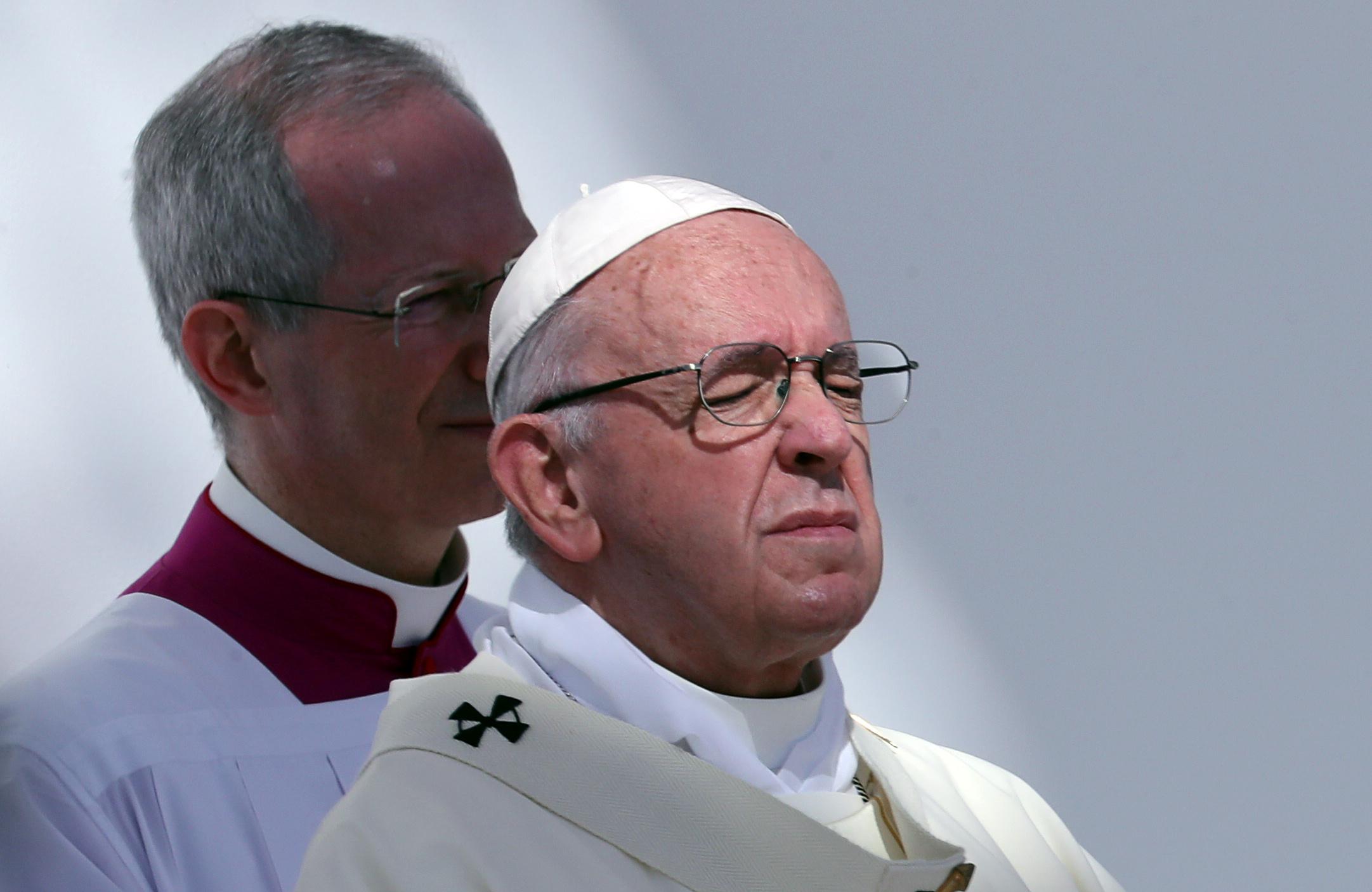 ABOARD THE PAPAL PLANE (Reuters) – Pope Francis said on Tuesday that the Vatican would be willing to mediate in Venezuela if both sides asked, but preliminary steps to try to bring them closer together should be taken first.

Francis, speaking to reporters aboard his plane returning from a trip to Abu Dhabi, also confirmed that Venezuelan President Nicolas Maduro had written a letter to him but that he had not yet read it.

Maduro told Italian broadcaster Sky TG24 on Monday that he had sent the letter to the pope “for help in the process of facilitating and reinforcing dialogue”.

Asked about a possible direct mediation effort by the Vatican, the pope said: “I will read the letter and see what can be done but the initial condition is that both sides ask for it. We are willing.”

Given the failure of previous rounds of dialogue, including one led by the Vatican, opponents are suspicious, believing Maduro uses them to quell protests and buy time.

Francis added that a formal mediation should be seen as the last step in diplomacy. He said some preliminary steps had to be taken first by the Vatican and other members of the international community.

He said this would include efforts to “to try to bring one (side) closer to the other, to start a process of dialogue”.

The pope spoke as major European nations joined the United States in recognising opposition leader Juan Guaido as Venezuela’s legitimate head of state, while members of a separate regional bloc kept up the pressure on Maduro.