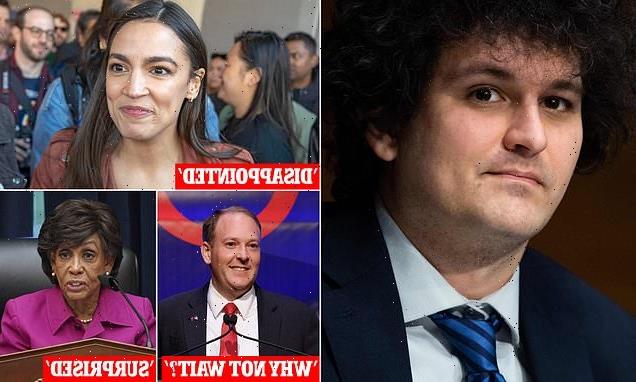 Why not let him testify first? Politicians demand to know why Democrat mega-donor Sam Bankman-Fried was arrested the day before Congress hearing over FTX scandal – meaning he’s escaped grilling by lawmakers

Sam Bankman-Fried will escape a grilling by Congress after charges were filed against him over the catastrophic collapse of his crypto empire, triggering frustration among lawmakers.

The indictment against Bankman-Fried, 30, means he’s exempt from a scheduled appearance before the House Financial Services Committee on Tuesday morning.

Politicians from both parties hoped to grill the FTX founder on how he oversaw the collapse of FTX at a cost of billions of dollars to investors in America and around the world.

Some Republican activists have questioned whether Bankman-Fried’s arrest – at the request of prosecutors from the US Attorney’s office in the Southern District of New York – was politically-motivated because of his massive donations to Democrats. 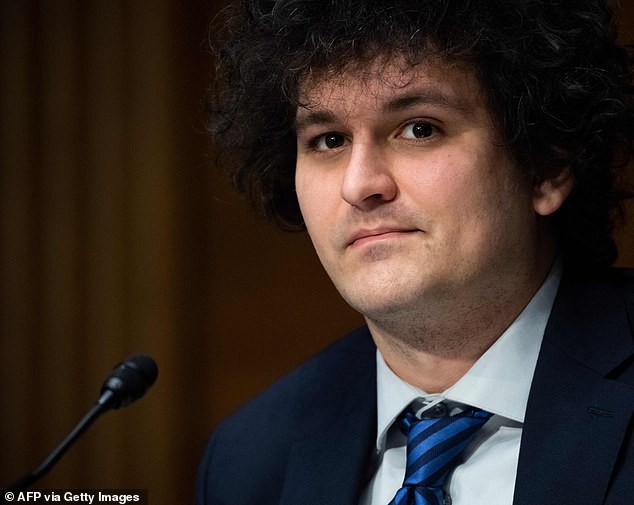 The charges against Sam Bankman-Fried mean he’s exempt from testifying before a Congress committee looking at the collapse of FTX. Politicians are angry that they’ll miss the chance to grill him 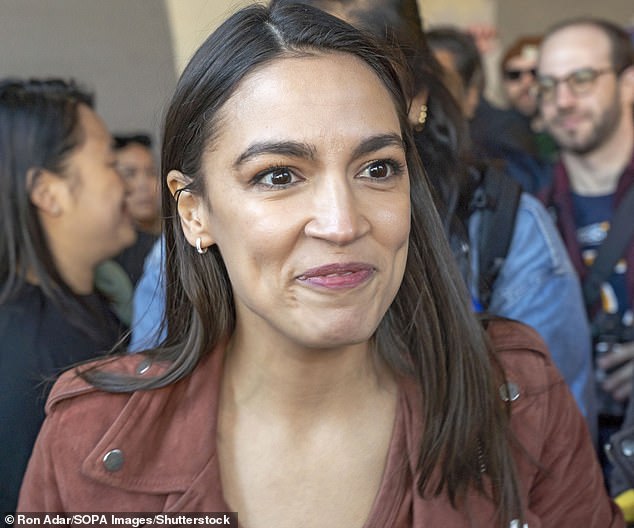 Alexandria Ocasio-Cortez, who sits on the House Financial Services Committee, said she was ‘disappointed’ that lawmakers won’t be able to grill Bankman-Fried over the collapse of FTX 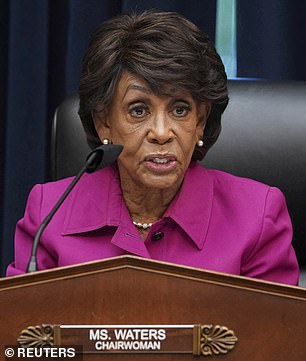 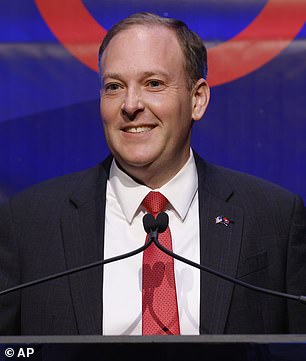 House Financial Services Committee chairwoman Maxine Waters said she was ‘surprised’ by the timing of the charge, while Lee Zeldin asked: ‘Why not allow him to first testify?’

Rep. Lee Zeldin, a Republican Congressman in New York who sits on the committee, said: ‘Tomorrow, Sam Bankman-Fried was scheduled to testify in front of the House Financial Services Committee. @HouseGOP was ready to grill him six ways to Sunday.

‘Now breaking tonight, SBF was just arrested! Why not allow him to 1st testify tomorrow and answer our many questions?’

Committee chairwoman Maxine Waters, a Democrat, said she was ‘surprised’ and ‘disappointed’ to learn of Bankman-Fried’s arrest at the behest of prosecutors in New York.

‘It’s about time the process to bring Mr Bankman-Fried to justice has begun. However, as the public knows, my staff and I have been working diligently for the past month to secure Mr Bankman-Fried’s testimony before our committee.’

She said his lawyers confirmed as recently as Monday afternoon that he was still slated to appear.

Waters added: ‘Although Mr Bankman-Fried must be held accountable, the American public deserves to hear directly from Mr Bankman-Fried about the actions that’ve harmed over one million people, and wiped out the hard-earned life savings of so many.’

Alexandria Ocasio-Cortez, the left-wing firebrand who also sits on the Financial Services committee, added last night: ‘While I am disappointed we will not have the opportunity to present our line of questioning, we look forward to more information coming to light and justice being served in this case.’ 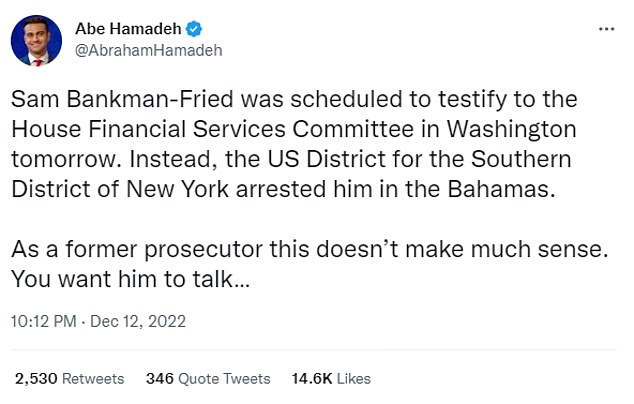 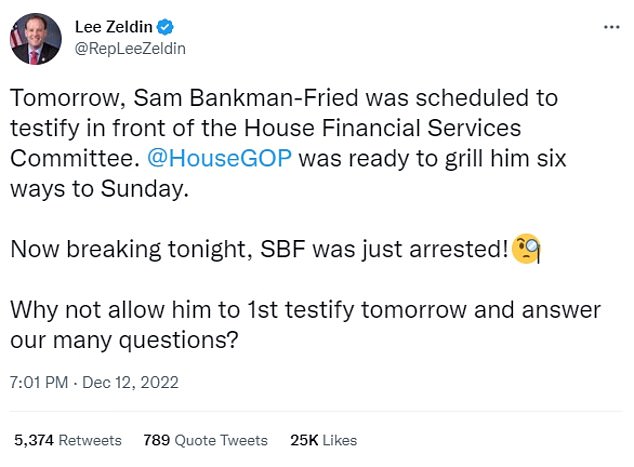 At least $73 million in political donations to both Democrats and Republicans by FTX-linked individuals including Bankman-Fried are a risk of being clawed back during the bankruptcy process, Bloomberg reported.

An analysis shows Bankman-Fried and two of his inner circle contributed $6 million to a super political action committee for House Democrats, $3.5 million to the GOP’s Senate Leadership Fund and $3 million to a fund that backs Senate Democrats.

He added: ‘This is stolen money that needs to be paid back. And if you’re a politician who took money, I think you should plan to work with the bankruptcy court.

‘I think it’s important that politicians in Washington send a message that we don’t support this, and we are working to make people whole.’

Abe Hamadeh, a former prosecutor and Republican nominee for Arizona attorney general, said: ‘Sam Bankman-Fried was scheduled to testify to the House Financial Services Committee in Washington tomorrow. Instead, the US District for the Southern District of New York arrested him in the Bahamas.

‘As a former prosecutor this doesn’t make much sense. You want him to talk…’ 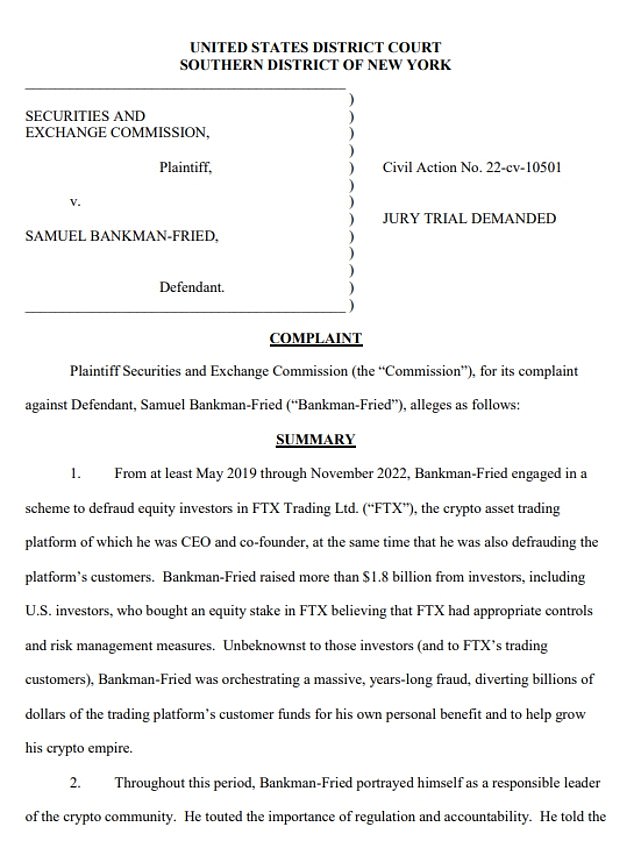 The SEC indictment alleges a fraud of $1.8billion

Javon A. Price, formerly of the America First Policy Institute, said: ‘We ALL know the real reason why mega-Democrat donor Sam Bankman-Fried was arrested today…so he wouldn’t have to testify in front of Republicans on the House Financial Services Committee tomorrow.’

Bankman-Fried, 30, was arrested in the Bahamas last night at the request of prosecutors from the US Attorney’s office in the Southern District of New York. He is now also facing charges from the SEC.

The charges cement a spectacular fall from grace for the young businessman who hoodwinked Hollywood stars.

The SEC complaint filed on Tuesday alleges that Sam Bankman-Fried (SBF) raised more than $1.8 billion from equity investors since May 2019 by promoting FTX as a safe, responsible platform for trading crypto assets.

It describes Bankman-Fried as ‘the ultimate decision-maker at FTX’ from the ‘platform’s inception… until he resigned.’