A case of polio has been reported in New York, Rockland County officials said Thursday. The viral disease, which can cause neurological symptoms, paralysis or death, was declared eliminated in the U.S. in 1979.

Although routine spread has been halted for decades, occasionally travelers with polio have brought infections into the U.S., with the last such case in 2013.

The person with the new case was hospitalized but is no longer, officials confirmed. State Sen. Elijah Reichlin-Melnick said the case appeared to have come from outside the U.S.

Rockland County Executive Ed Day and County Health Commissioner Dr. Patricia Schnabel Ruppert encouraged residents who are unvaccinated or have not completed the polio vaccination series to get vaccinated as soon as possible.

“Many of you may be too young to remember polio, but when I was growing up this disease struck fear in families, including my own. The fact that it is still around decades after the vaccine was created shows you just how relentless it is,” Day said. “Do the right thing for your child and the greater good of your community and have your child vaccinated now.” 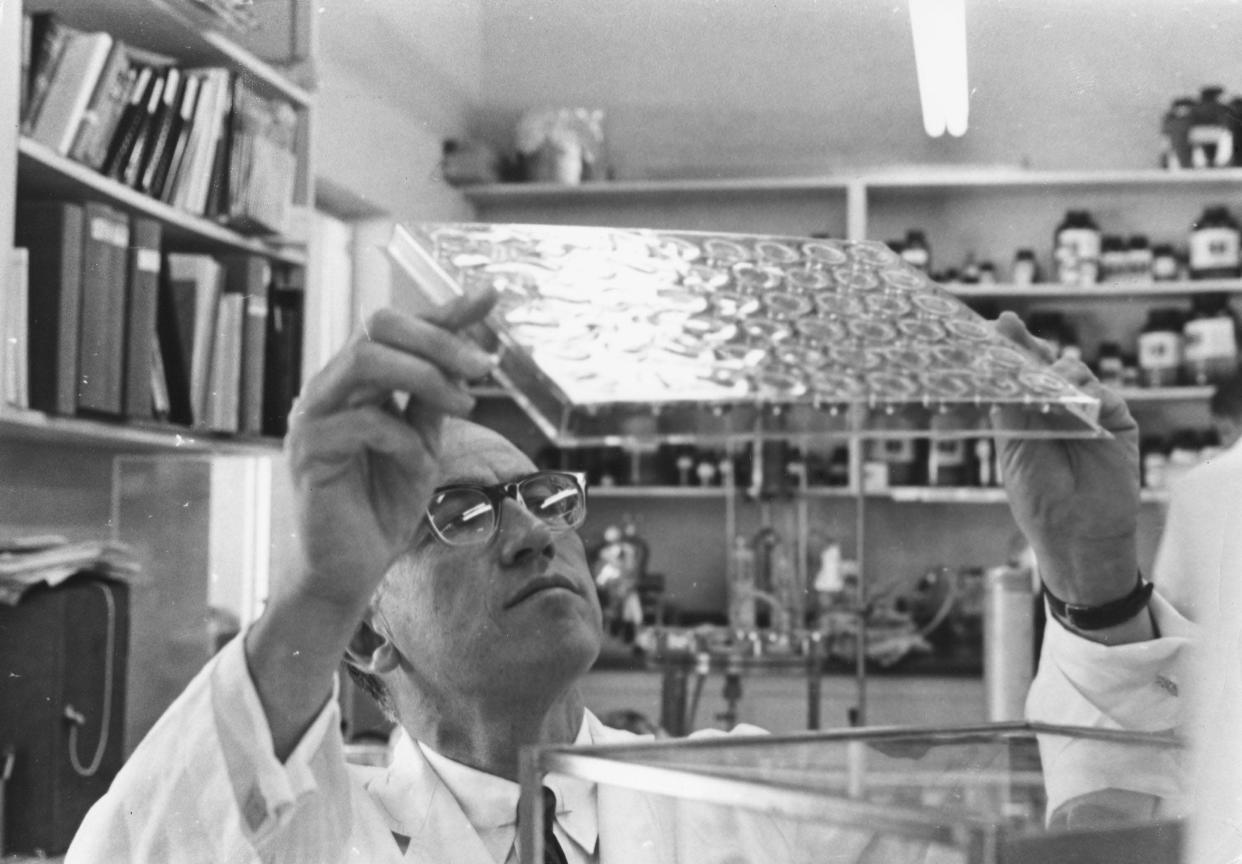 The county has scheduled a polio vaccination clinic for July 22.

Polio usually is transmitted by mouth, usually from hands contaminated with the fecal matter of an infected person. It can also be transmitted through saliva by oral-to-oral or respiratory contact.

Up to 95% of people infected with polio have no symptoms, yet they can still spread the virus. Most who do have symptoms get a fever, muscle weakness, headache, nausea and vomiting. Up to 2% of infected people develop severe muscle pain and stiffness in the neck and back; less than 1% of cases result in paralysis.

Polio vaccines were first introduced in 1955, with improvements later made through research done at the former Lederle Labs, located in Rockland County. The vaccine has long been a standard childhood immunization.

U.S. children are still routinely vaccinated against polio. Federal officials recommend four doses: to be given at 2 months of age; 4 months; at 6 to 18 months; and at age 4 through 6 years. Some states require only three doses.

According to the CDC’s most recent childhood vaccination data, about 93% of 2-year-olds had received at least three doses of polio vaccine.

Since 2000, only inactivated vaccines are given in the U.S., health officials said, so there is no risk of getting polio from the shot.

For more information on polio, its symptoms, and how it spreads, visit NYSDOH’s page here. New Yorkers can learn more about the polio vaccine available in the U.S. at the CDC’s page here.