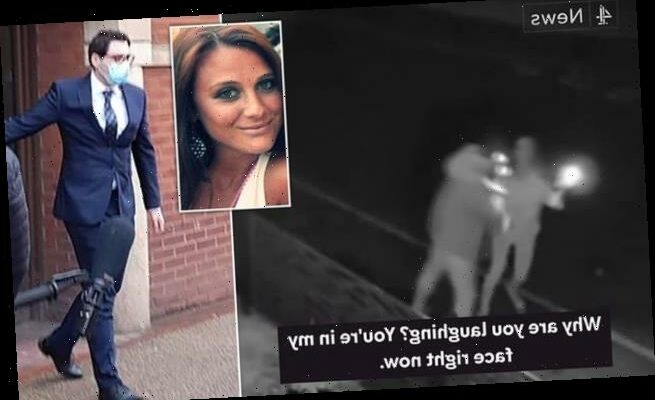 A policeman who attacked a woman on a dark street and put her in a headlock has been spared jail and community sentence after a judge was told it would be ‘difficult’ for him to work with criminals.

Banfield tried to to tackle her to the ground and put her in a headlock before Miss Homer, 36, managed escape as he yelled she was a ‘f****** slag’.

The police officer and his victim are not thought to have known each other.

His sentencing comes amid growing anger following the death of Sarah Everard, 33.

Wayne Couzens, a 48-year-old Met Police officer, has been charged with her murder.

Banfield appeared at Leicester Magistrates’ Court for sentencing today after he admitted assault by beating, but was slapped with a 14-week curfew, banning him from leaving his house between 7pm and 7am.

He was also ordered to pay a paltry £500 compensation to Miss Homer and court costs totalling £180. 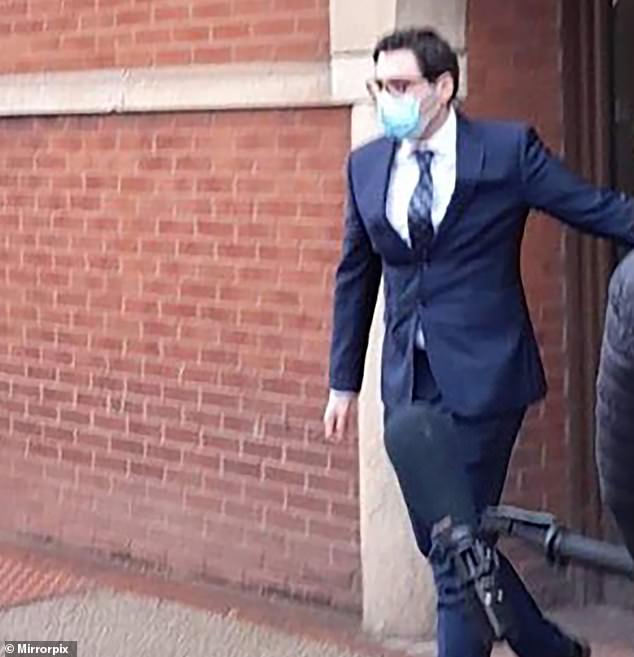 Oliver Banfield grabbed mother-of-two Emma Homer while she was walking home in Bidford-on-Avon, Warwickshire, last July. A court heard he tried to to tackle her to the ground and put her in a headlock before she managed to escape

In court, Banfield’s lawyer said he should not have to do community service because of his difficulty working with criminals.

Ms Harman tweeted today: ‘Policeman attacks woman walking home alone after dark. Must have been terrifying for her but no prison sentence.

‘This is proof, if any needed, that system fails women and protects men.’

West Midlands Police said Banfield has been suspended from his job and is facing a disciplinary probe into gross misconduct.

Banfield was off-duty and drunk at the time, with CCTV capturing the attack. 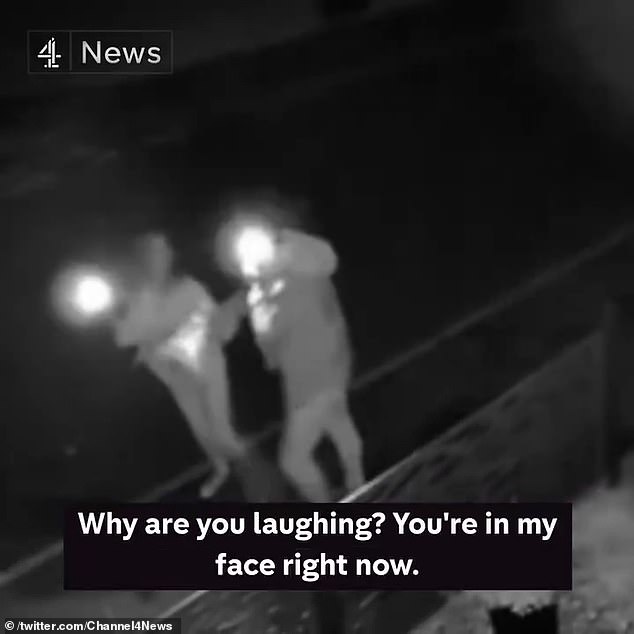 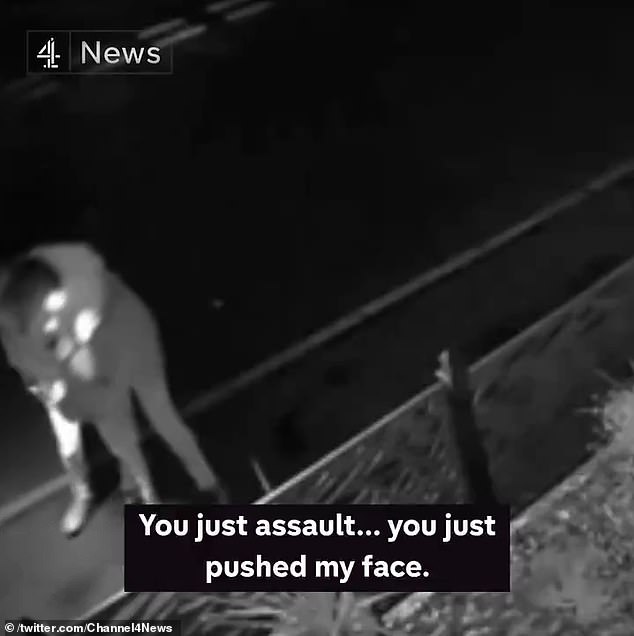 Footage showed Banfield trying to perform an ‘unlawful arrest’ by grabbing Miss Homer round the neck from behind, after appearing to kick her 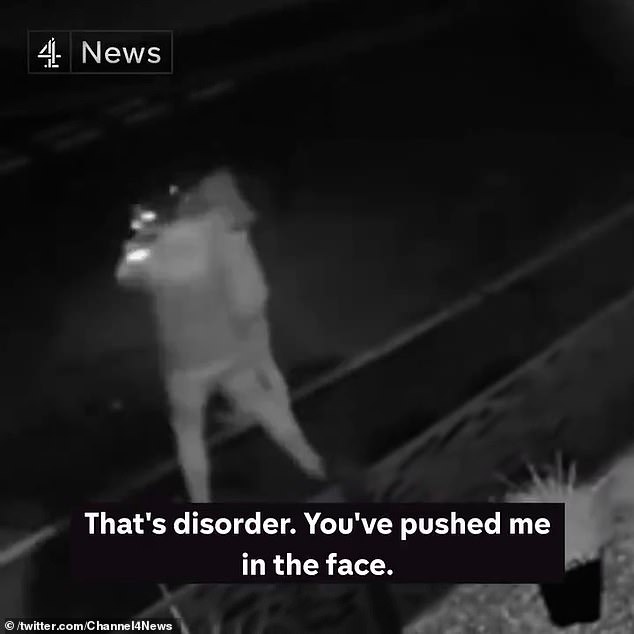 Footage showed Banfield trying to perform an ‘unlawful arrest’ by grabbing Miss Homer round the neck from behind, after appearing to kick her.

He appears to grab her wrist, asking ‘why are you laughing?’

When Miss Homer tries to escape, he yells: ‘That’s disorder, you’ve pushed me in the face, that is an assault right there.’

Turning more aggressive, he shouts: ‘On the floor now,’ while grabbing her around the neck from behind.

Miss Homer said the attack devastated her and left her battling anxiety and panic attacks.

She is also plagued with insomnia and now needs counselling to help her deal with the trauma of the night.

Miss Homer said: ‘I often ask myself if the impact of the attack would have been so severe if my assailant was not a police officer.

‘During the assault as I struggled to get to safety I was sure this drunk man was fulfilling a violent cop movie fantasy.

‘To be verbally abused with misogynistic slang, grabbed by the neck and forced to the floor on a dark road by a drunk man, a foot taller than me, is terrifying.

‘But to then find out he was a police officer shook my belief system to its core.’

She added that her children have been left shattered by knowing what had happened to their mother.

She added: ‘Both are wary and unnecessarily anxious when they see a police car or an officer in uniform and will ask me, ‘Is that him mummy?’.

‘What if I hadn’t got away? What if he had attacked another woman drunk?

He said Banfield ‘demonstrated his hostility to the victim based on her sex’ by repeatedly calling her a ‘slag’.

The judge is the same one who spared the lead singer of Kasabian jailed after he carried out an alcohol-fuelled ‘sustained assault’ on his ex-fiancee.

Tom Meighan, 39, admitted to attacking Vikki Ager at their Leicester home, but was not imprisoned for the crime.