Roberto Daniel Arroyo, 33, was captured taking part in the bizarre act on the Dungan’s home CCTV in Salinas, California, on Saturday morning.

The clear footage shows the man leaning his head against the intercom outside their front door and licking the doorbell from several different angles.

He carried on licking for three hours.

The Dungan parents were not at home at the time, however their children were sleeping inside, but did not wake up.

They had installed the doorstep camera a month before and were alerted to movement at about 5am, when they reviewed the footage to find the disturbing images. 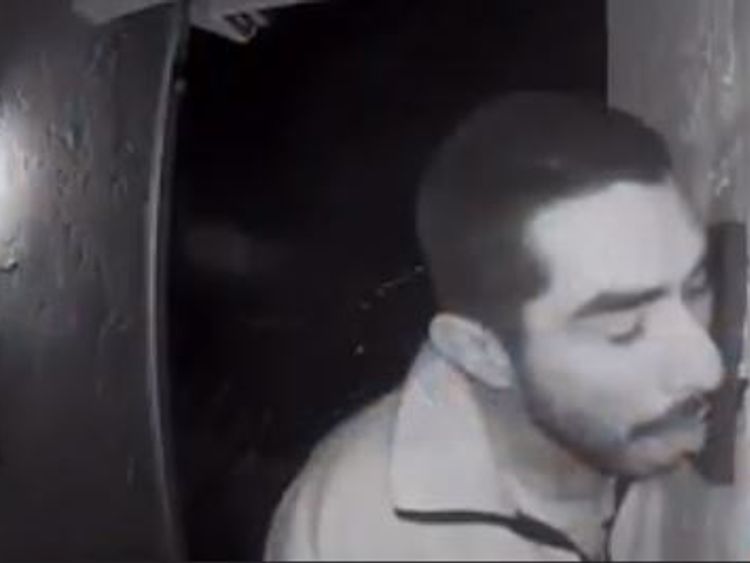 They alerted police, who said the footage was so clear they quickly identified the man as Arroyo.

They added that he appeared to “relieve himself” in the Dungan’s garden and entered several other neighbours’ yards.

Neighbour Alfred Santos told KION 5/46 News: “I thought I’ve seen it all, but this takes the cake.”

Mrs Dungan added: “You kind of laugh about it afterwards because technically he didn’t do anything.”

Salinas Police are searching for Arroyo and said he could face two charges for petty theft and prowling.