Pictured: Sex attacker who assaulted woman in McDonald’s car park who ran away when she began yelling for help

Police are hunting for a man who followed a woman into a McDonald’s carpark and sexually assaulted her in a ‘terrifying attack’.

The man, who is described as Asian and aged in his mid to late 30s, cornered a 24-year-old woman in the carpark of McDonald’s in Newham, in the early hours of the morning on Friday, June 3.

The Metropolitan Police have said the woman was walking through the carpark of the closed McDonald’s in Silvertown Way, Canning Town, when she was ‘approached by an unknown man and sexually assaulted’ at around 2.30am in the morning.

She managed to scream for her friend’s attention, which scared off the man, who ran off ‘in the direction of the nearby Morrisons supermarket’. 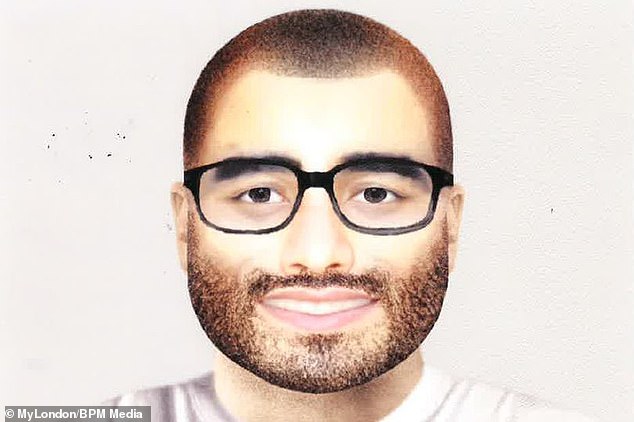 Police have created a E-fit of the man, who the woman described as being ‘of Asian appearance and possibly aged in his mid to late 30s,’ with ‘glasses and had a light coloured beard’.

Detective Constable Matt Wilson, from the North East Safeguarding Unit, said: ‘This was a terrifying attack on a woman in the middle of the night.

‘She bravely managed to call out for help and in doing so caused her attacker to run away, but not before she was sexually assaulted.’

He added: ‘Given the time of night, the car park was not busy, but we do know there were some people in the area including delivery drivers waiting to collect orders from McDonald’s.

‘We also know there was a white van parked in the car park at the time.

‘I would urge anyone who saw or heard anything suspicious or even just unusual, to come forward.

‘I’d also encourage anyone who thinks they recognise the person depicted in the e-fit image to get in touch.’ 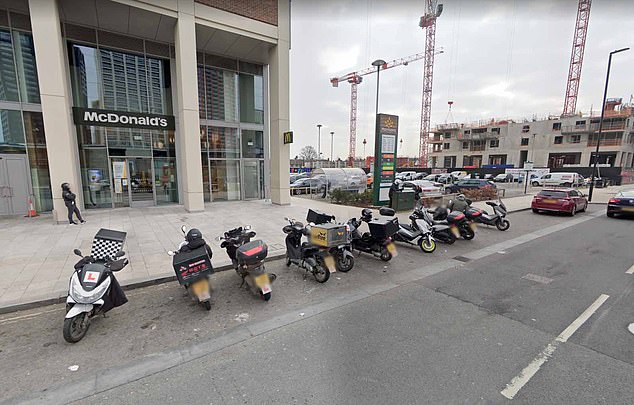 The incident happened at at around 2.30am in the morning on Friday, June 3, in the car park of a McDonald’s in Silvertown Way, Canning Town, Newham (pictured)

DC Wilson added: ‘We take incidents such as this extremely seriously and will follow any possible line of inquiry presented to us.

‘While we have no information at this stage to indicate that this man has struck before, we cannot rule out the possibility.

‘I would urge anyone who has been the victim of an assault of this nature, no matter when it took place, to call the police.

‘We have specialist officers who will take your concerns seriously and provide support throughout the investigation and any judicial process that follows.’