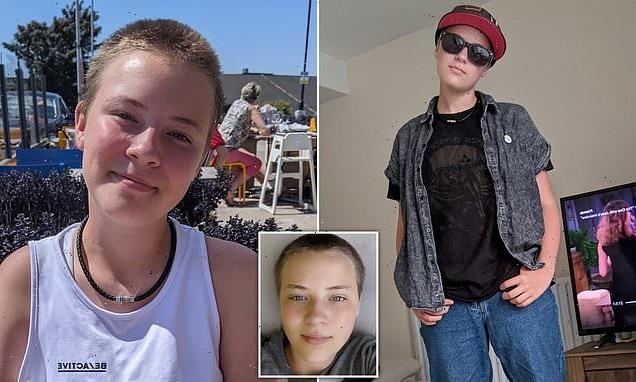 Police are called into school to probe ‘hate crime’ after boy brands fellow pupil, 14, a ‘tranny’ while pouring hand sanitiser on their face and clothes

Police are investigating an alleged hate crime after a 14-year-old pupil said they were branded a ‘tranny’ and attacked with hand sanitiser in the classroom.

Emily Wilkinson-Quinn, 14, is ‘completely traumatised’ and has taken time away from school after they were targeted over their sexuality, family claim.

Worried mum Natasha-Jayne Wilkinson, 34, said Emily was followed into their classroom by a male classmate and attacked.

It is alleged he poured hand sanitiser over Emily’s face and clothes while calling them a ‘f***ing tranny’. 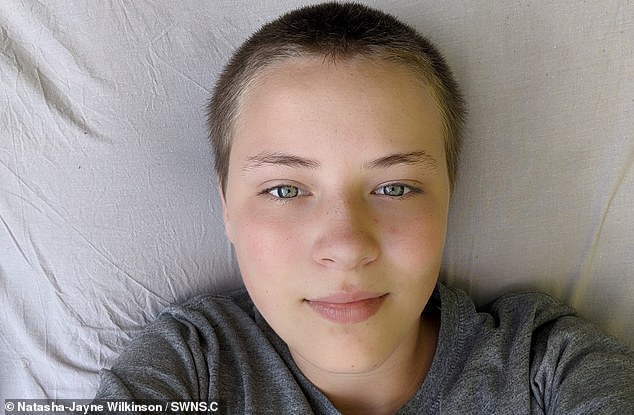 Emily Wilkinson-Quinn, 14, of Calderdale, West Yorkshire (above) is ‘completely traumatised’ and has taken time away from school after being branded a ‘tranny’ and attacked with hand sanitiser 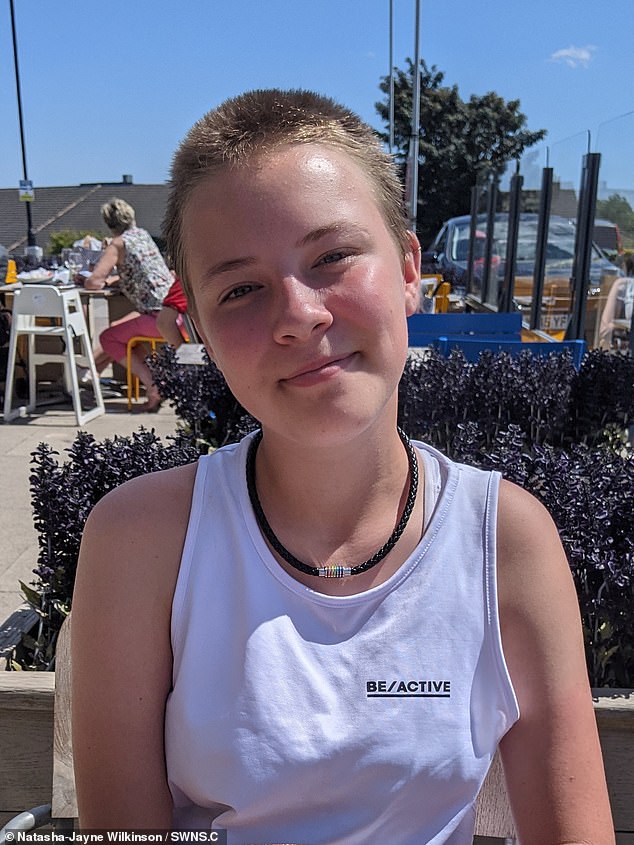 The Brooksbank School pupil uses gender neutral terminology and says they were targeted over their sexuality, family claim

Mum-of-three Natasha-Jayne said The Department for Education is looking into the school’s handling of her complaint.

Emily said: ‘I was really disappointed that the boy felt confident that he would get away with it at the time he did it – and it feels like he has got away with it.

‘I desperately want to go back to school because I love learning and I miss my friends, but I just don’t feel safe.

‘When it happened, I was upset, and it made me feel very vulnerable with so many of my classmates watching.

‘It made me feel degraded.

‘I’m not an angry person but I feel so angry about what happened and the fact that nobody at the school seems to care.’ 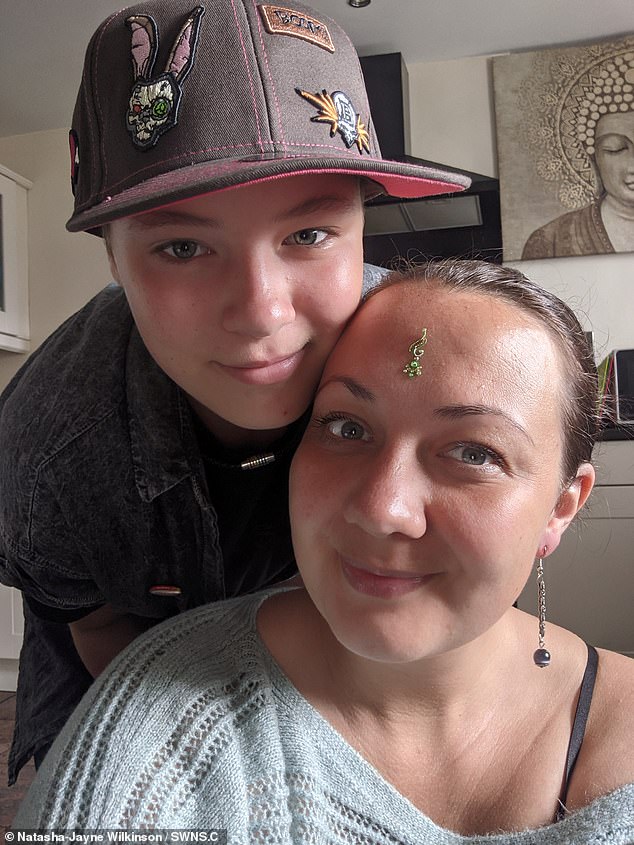 Emily Wilkinson-Quinn says they have been bullied after coming out as gay to classmates last year. Pictured: Emily with their mother, Natasha-Jayne

Natasha-Jayne said Emily, who has shaven hair, has been bullied after coming out as gay to classmates last year.

Emily said they had just been told to ‘go and wash their face’ by a teacher before returning to class after the alleged incident on May 20.

Natasha-Jayne said she rushed to school to pick up her child when she heard about it from another parent, before calling the police.

Natasha-Jayne claimed it took the school more than a week to identify the pupil responsible – and he was only suspended from school for five days.

Emily is off school because they said they don’t feel safe, she said.

Natasha-Jayne said: ‘We thought the child had been permanently excluded until Emily passed him in the break area.

‘In no other situation would a person have to see their attacker face-to-face like that – no wonder they don’t feel safe returning.’

Natasha-Jayne complained to the school’s principal and governing body and said it has been passed on to the Department for Education due to a slow response.

The mum-of-three said: ‘This was a targeted attack. There were so many witnesses – and there is no doubt that it was gender motivated.

‘But the school have been dismissive from the moment Emily was told to go and wash their face.

‘The person who left my child traumatised has pretty much got away with it.

‘Meanwhile Emily is the one stuck at home, like a prisoner, and it feels like the school don’t care.’

A spokesperson from West Yorkshire Police said: ‘Police are investigating following reports of a hate incident at a school in Calderdale, which occurred on Thursday 20th May.

‘Officers attended the school and active enquiries into the incident are ongoing.

‘A hate crime co-ordinator has been in regular contact with the victim and family to offer support following the incident.’

A spokesperson for the school’s headteacher said: ‘The school is unable lawfully, and does not propose, to comment on an entirely confidential matter which involves the welfare of children.’