Some of the Victoria Police officers who have been redeployed to the NSW border have had to go without meals or bring their own bedding due to a lack of supplies.

Hundreds of officers were told on Monday that they would be missing Christmas at home and instead be sent to man checkpoints on the border, to prevent the COVID-19 outbreak at Sydney's northern beaches from spreading to Victoria. 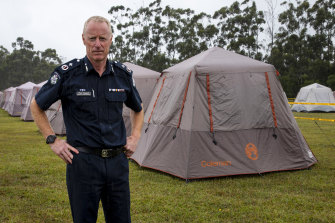 There are now 31 checkpoints active at all hours along the 1200-kilometre border – with more than 100 motorists refused entry to Victoria since Monday morning – but the police union says the scale and speed of the operation has left some members without adequate support.

Police Association secretary Wayne Gatt said he was sympathetic to the challenges that had landed in Victoria Police’s lap at short notice, but it was unacceptable that some members had gone without.

"It is very difficult to deploy meals at those [more remote] locations. I’m not happy about that and we’ve been working very, very hard behind the scenes to identify cases where this is occurring," Mr Gatt said.

"Victoria Police does not have the capability as an organisation to roll out temporary accommodation for all members, but it's certainly something they should look at doing and fixing in the future because events of this nature are only going to become more frequent." 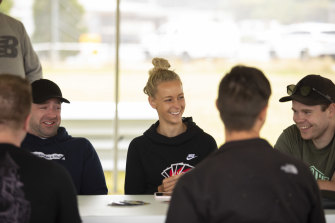 Police officers enjoying a game of UNO at the end of their shift.Credit:Rachel Mounsey

Mr Gatt said some officers had been asked to bring their own sleeping bags and bedding, with accommodation yet to be secured for all redeployed members.

"It’s been made more complex by the fact local accommodation is all booked up with domestic tourism. It’s not ideal," he said.

Earlier this week it was revealed the Australian Defence Force had rejected requests from the Victorian government to send troops to support police at the border. Instead, 50 Defence personnel will help behind the scenes with logistics and planning.

The ADF announced in September it would no longer assist with the manning of state borders, with Defence believing it is not its role to participate in a law enforcement activity. 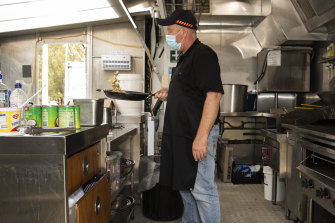 Mr Gatt said members were being deployed across the longest border in Victoria and resources available at larger border communities were likely greater than at the more remote postings.

In areas such as Cann River, chefs from nearby townships were being brought in to help feed officers.

"It’s really easy to say this is a state responsibility, but at the end of the day these are unprecedented circumstances where we have 700 police deployed to hotel quarantine [at the same time as] the 700 sent to the border. Still maintaining business as usual … [is] impossible," Mr Gatt said.

"No police force could ever possibly hold that much in its reserves to still operate business as usual; it's just not realistic." 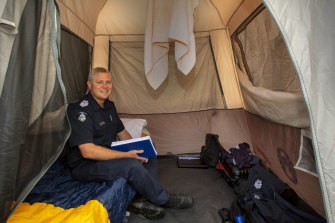 A Victoria Police spokeswoman said the deployment of about 700 police to so many sites on the border was a significant logistical operation.

"Our number one priority is to provide a safe working environment for every police officer as we work through an operation of this magnitude," she said.

She said police had access to required bedding, but if they chose to "officers also have the option to bring their own bedding and camping equipment".