Police have issued an appeal after a green-fingered gang dug up and and stole a £5,000 hedge from a country lane.

The thieves uprooted hundreds of the freshly-planted young trees and bushes along the road near Aylesham, Norfolk, on December 20.

Norfolk Police are now appealing for witnesses and want to hear from anyone in the area who may have been offered a cheap hedge. 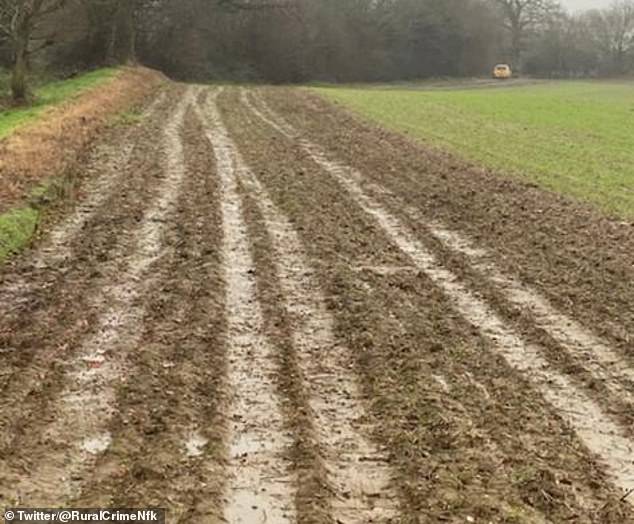 The  green-fingered gang dug up and and stole a £5,000 hedge from a country lane near Aylesham, Norfolk, on December 20 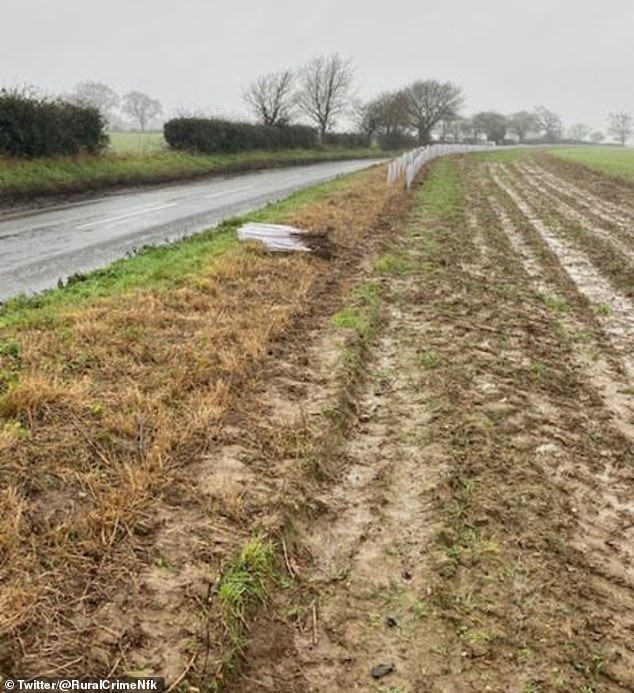 In a statement on Twitter the force wrote: ‘Report of stolen freshly planted hedgerow over £5000 worth on Aylsham Road between Aylsham and Buxton/Brampton last night.

‘Any info please let me know or if hear anyone trying to sell large quantities of young hedge #OpGalileo #1765.’

Following the appeal, amused social media users took to the platform to question the mysterious theft.

One user wrote: ‘Maybe they were just tying to hedge their bets? Seriously though, what kind of bizarre and despicable criminal would do such a thing? Is there really any money in young hedge?’

While another commented: ‘The things people will do for shrubbery’

Another person added: ‘At least the thieves won’t get off the island.’ 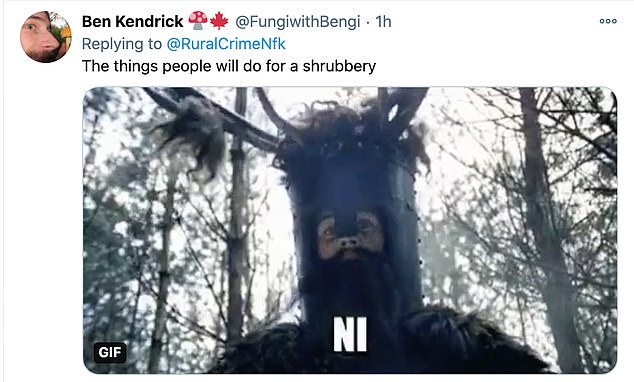 Amused social media users questioned the bizarre theft, with one saying: ‘Is nothing safe!’

The bizarre theft comes just over a year after residents in the Suffolk village of Tostock were astonished to discover their garden hedges had been stolen from outside their homes.

Kitty Harding had a row of laurel bushes, which she had only recently planted, stolen from outside her home.

Then Des Wells had his 3ft tall and 15ft long hedge stolen the next day from his home in a nearby road.