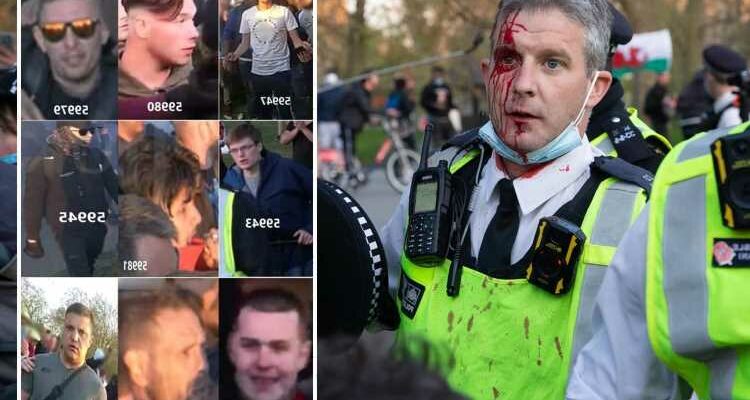 COPS are hunting nine men after 14 officers were assaulted while trying to disperse a crowd in Hyde Park.

Violent clashes at a lockdown protest saw missiles hurled at cops as they attempted to break up the mass demonstration last weekend. 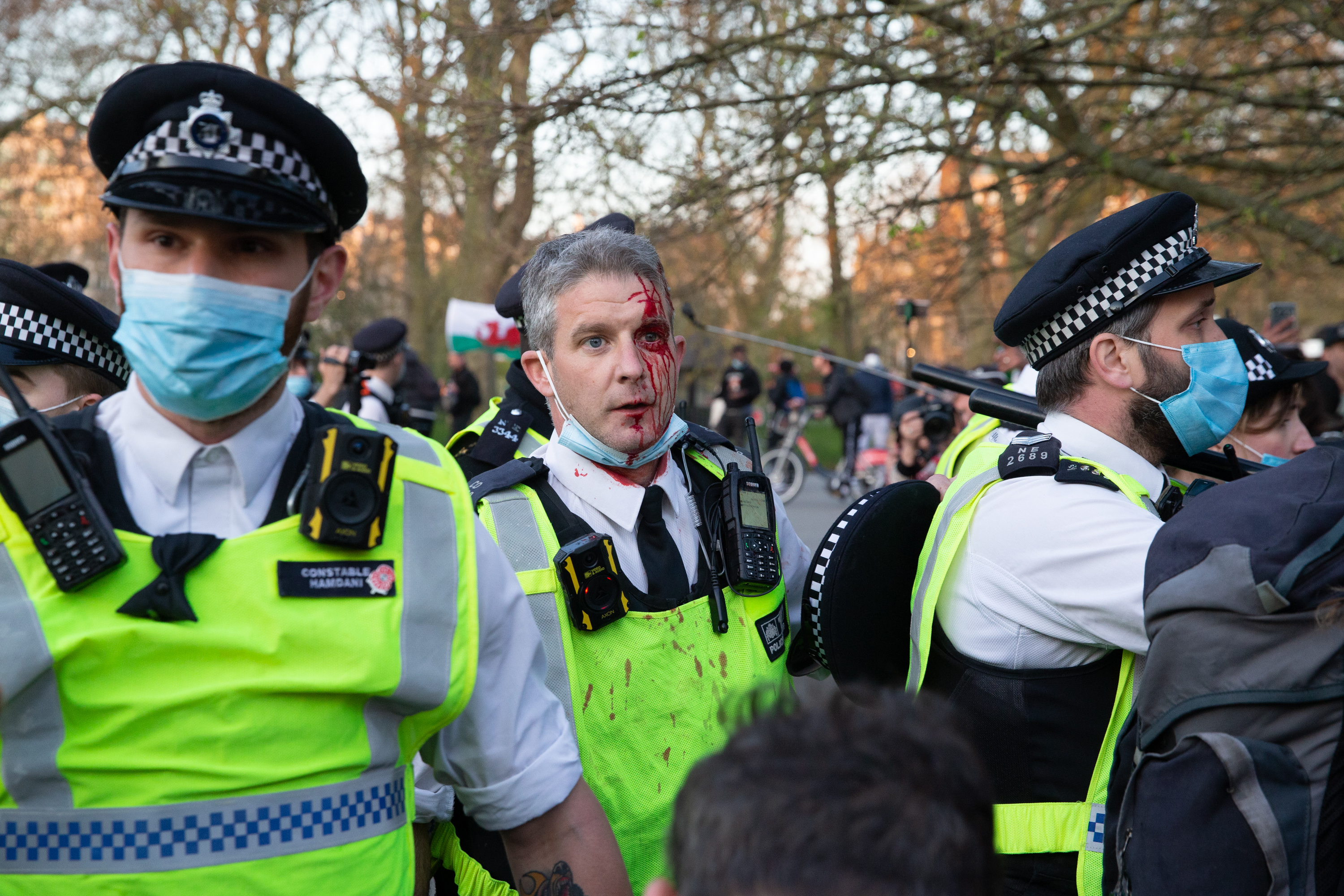 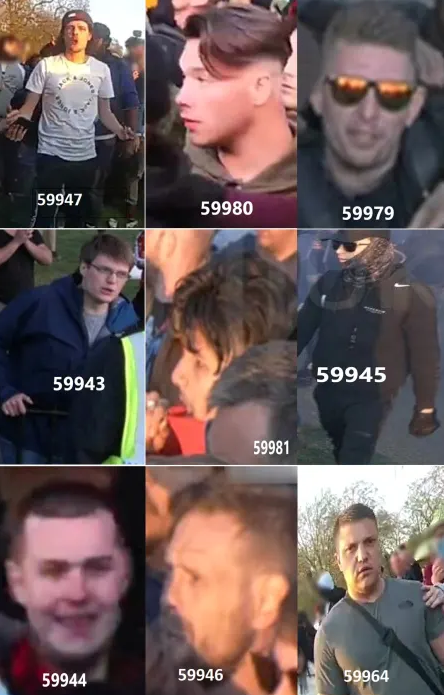 Officers were left with bloody faces after being pelted with objects as the London crowd brandished placards saying "no to vaccine passports".

Detective Chief Inspector Nat Norris, from the Met’s Public Order Command, said: “The level of violence directed at these officers is some of the worst I have seen in recent years.

“These officers were simply trying to do their job and it can never be acceptable for them to be attacked in this way.

“I would urge anyone who recognises those pictured to contact us so we can speak to them about this incident.”

Police stepped in after the crowd of more than 100 people were in breach of Covid regulations on April 24.

Five then needed treatment following the "sustained and violent attack".

Footage showed maskless demonstrators squaring up to officers and chanting "shame on you”.

As the officers attempted to move the crowd on, objects were thrown into the air and one protester let off a canister of blue smoke.

It came hours after crowds marched through the streets for the 'Unite for Freedom' rally against Covid restrictions, vaccines and passports.

Signs saying "freedom is non-negotiable" were held up as people let off brightly coloured smoke flares.

And activists carried giant inflatable syringes to fight against what they call "coerced vaccinations" – with not a single face mask in sight.

The mob ignored police warnings not to gather in large groups to make their way through the capital.

Cops have vowed to crack down on anti-social behaviour at hotspots over the second weekend of freedom as temperatures hit 20C.

Anyone with information should call the incident room number on 07776673655 or email [email protected] quoting Operation Koban.

Pubs, restaurants and gyms reopened on April 12, along with zoos, theme parks and hairdressers.

Lockdown restrictions are set to ease further on May 17, allowing Brits to enjoy food and a pint indoors.

And it is hoped all restrictions should be lifted on June 21. 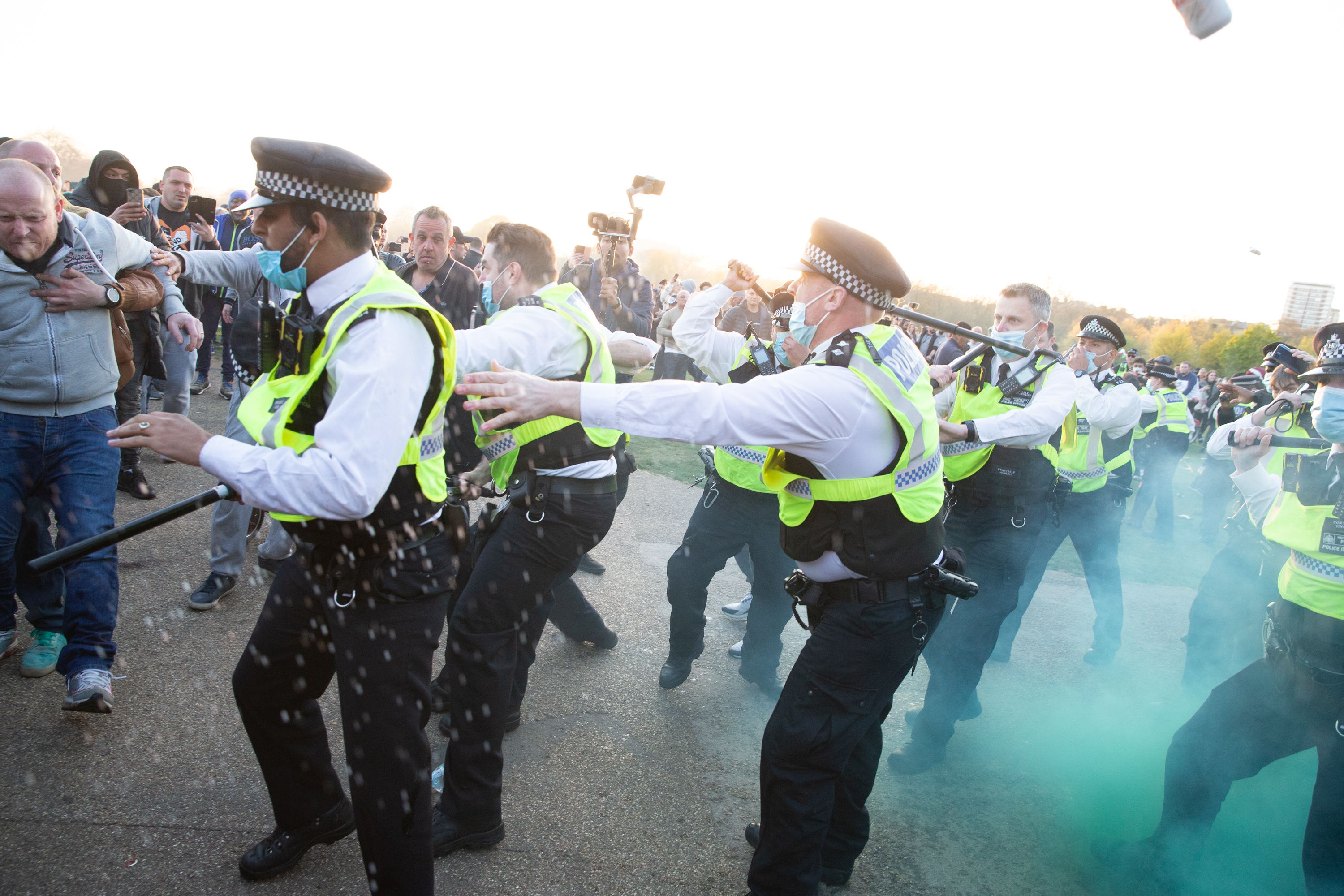 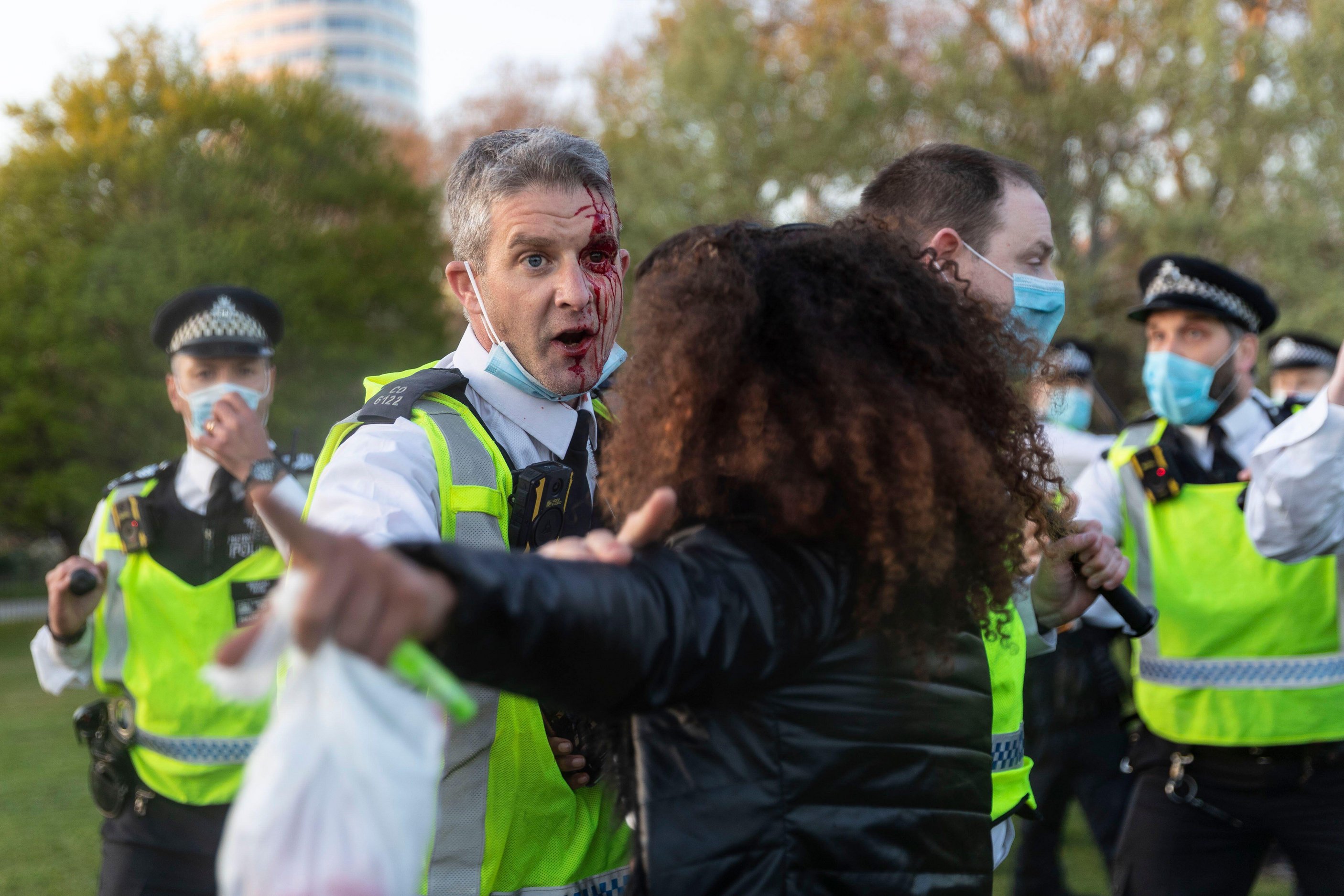 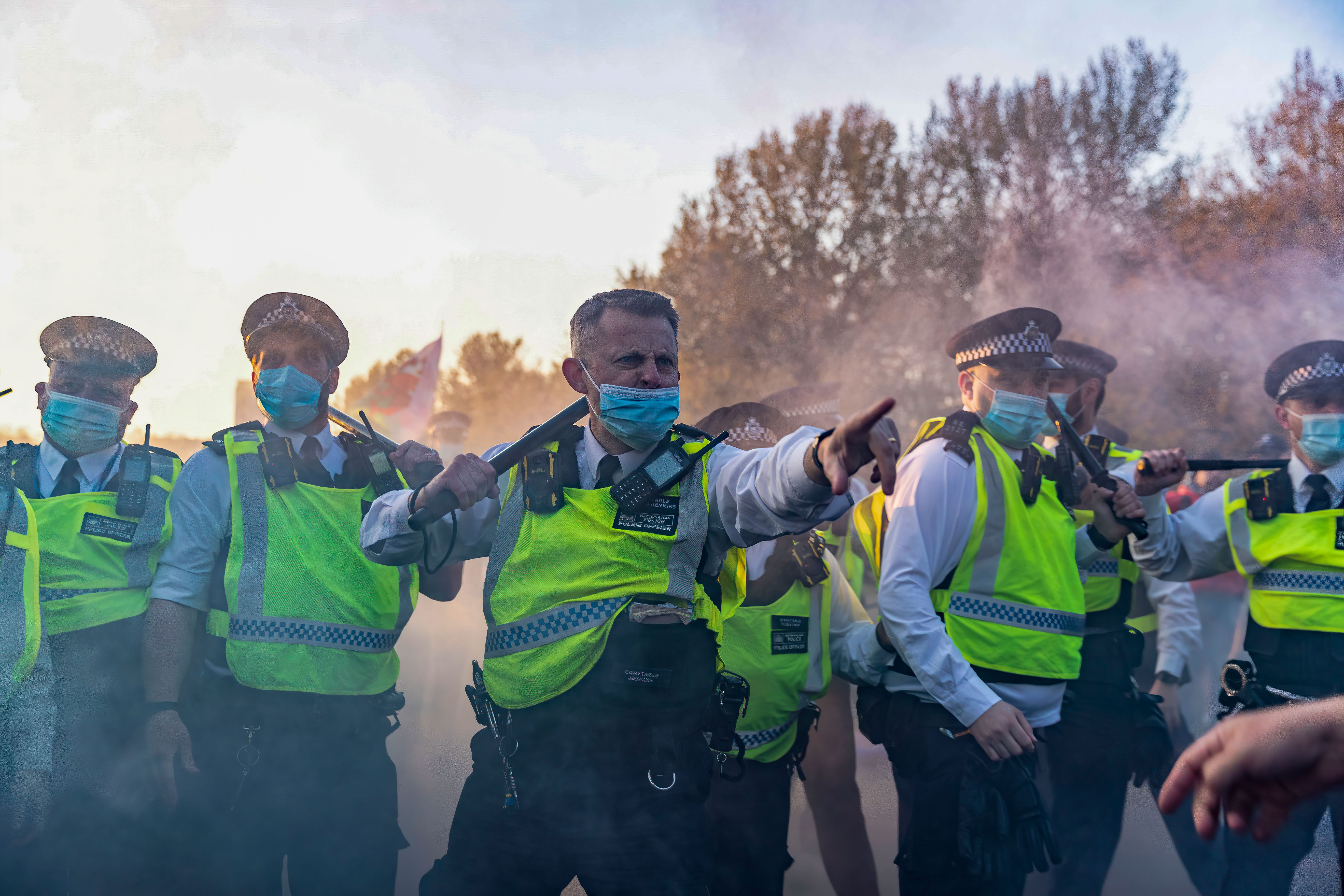 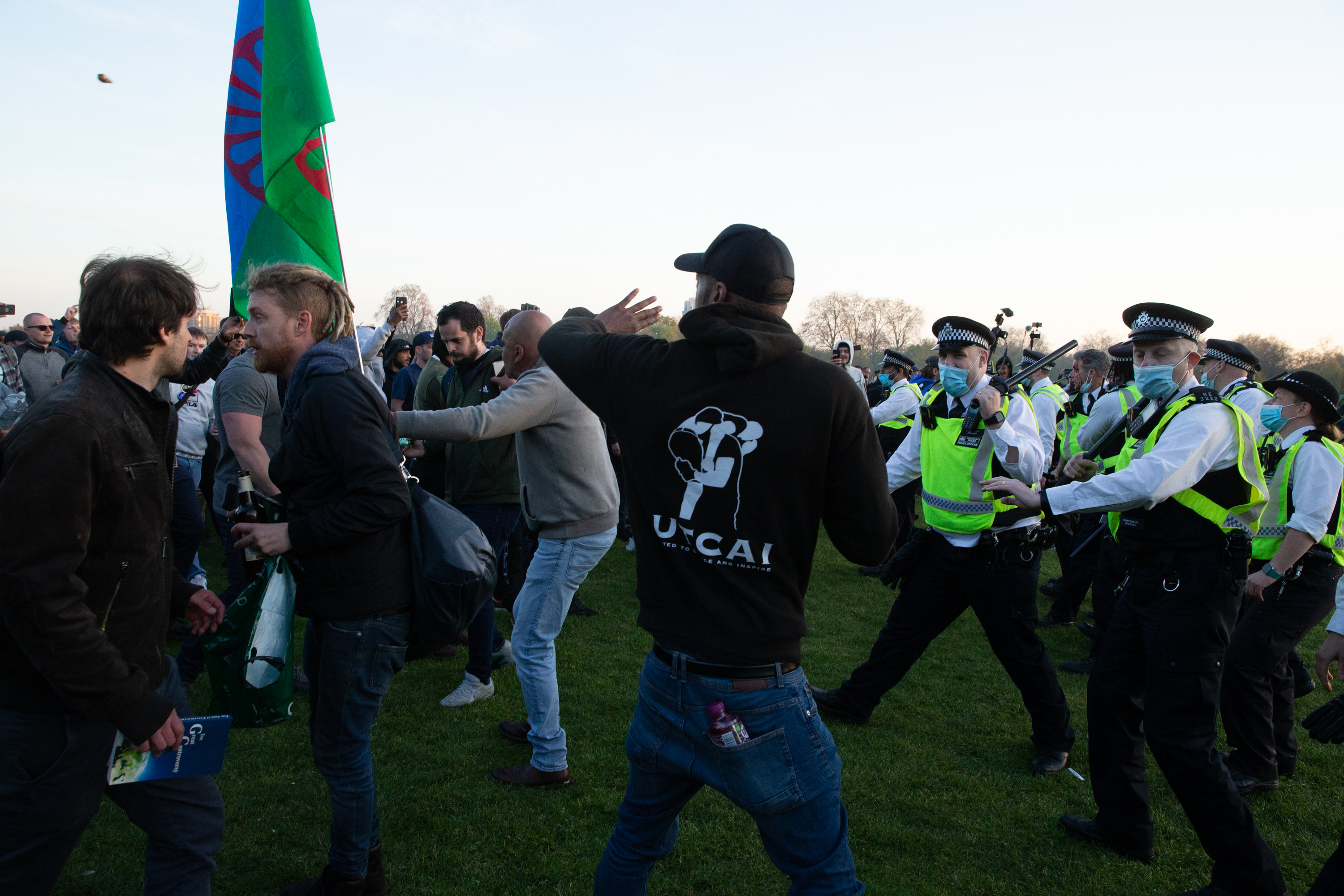