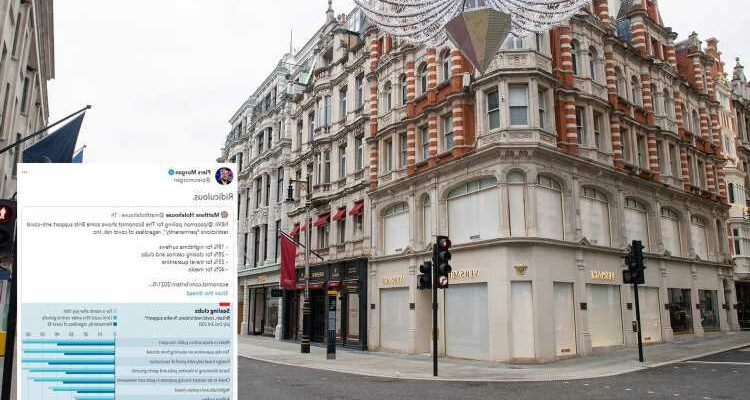 PIERS Morgan has slammed current Coronavirus restrictions after a new survey revealed that a fifth of Brits would support nighttime curfews FOREVER .

The former Good Morning Britain host took to Twitter to call the survey results "ridiculous," blasting a number of those critical ahead of the country’s unlocking on July 19. 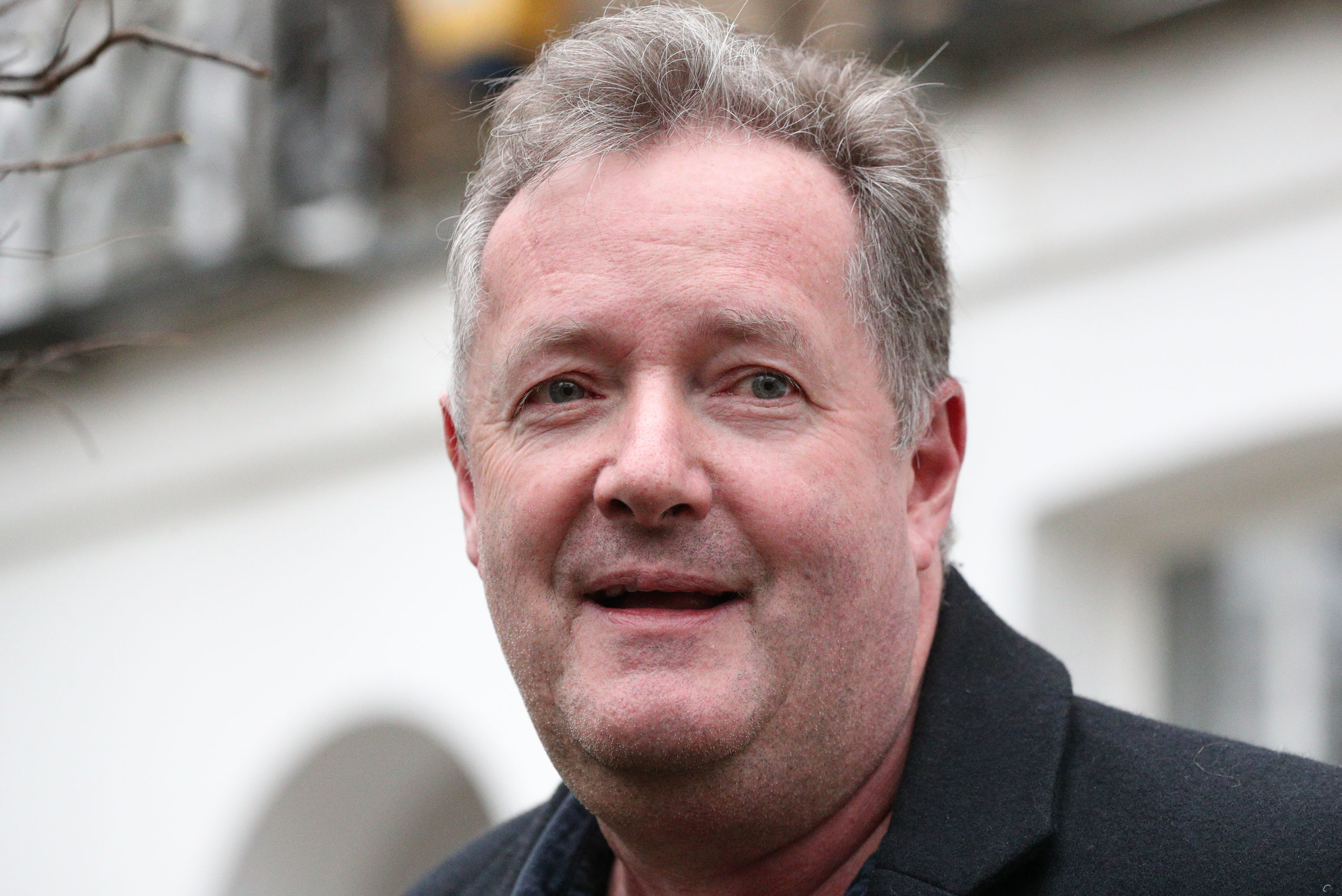 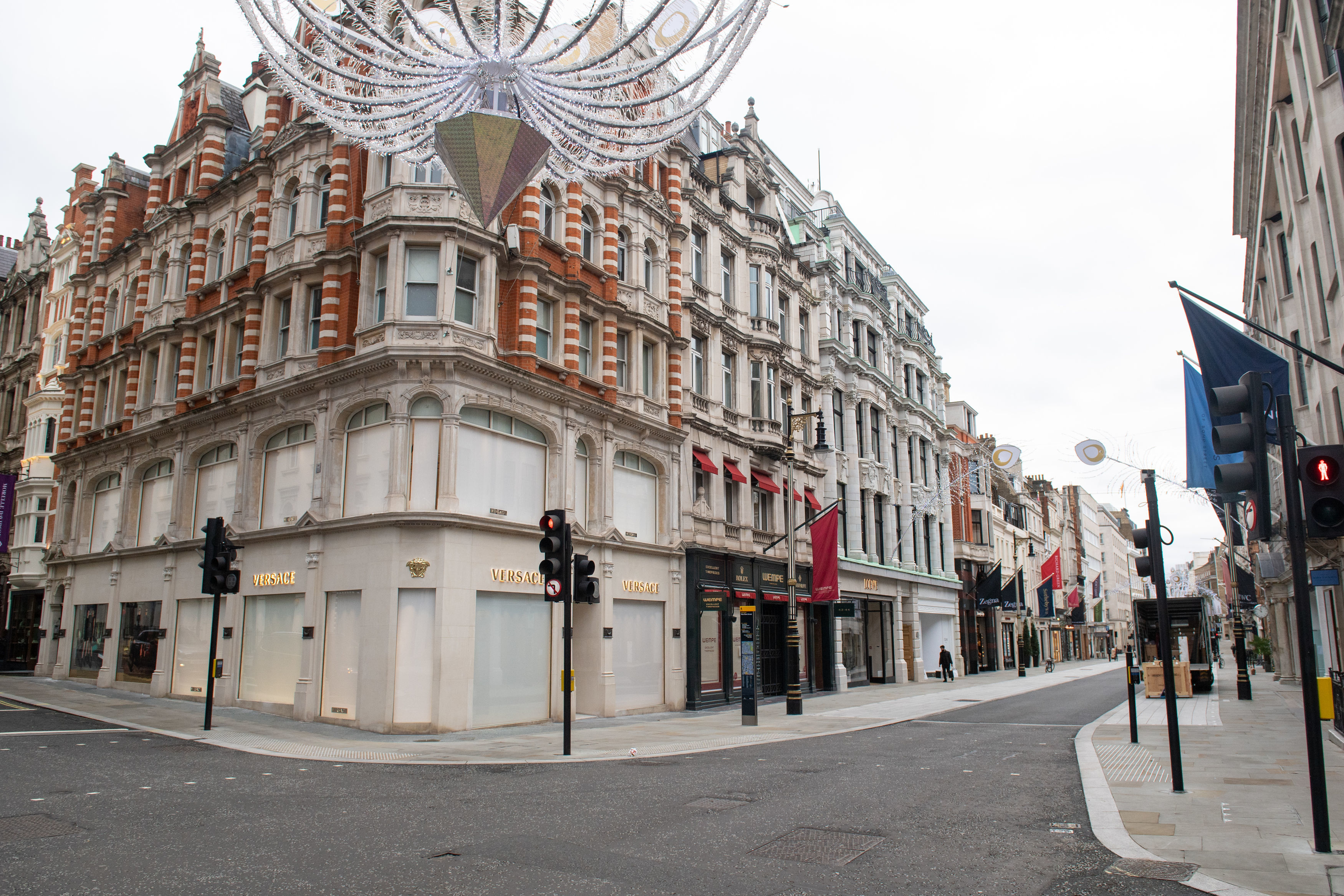 The freedom curbing restrictions, which have been in place since the pandemic began, have been gradually eased since March thanks to the successful rollout of the vaccine.

On Monday, Prime Minister Boris Johnson announced that the Government would plough ahead with the final step of the road map on July 19 – dubbed ‘freedom day’- which would see all remaining social restrictions removed.

However, a new damning survey conducted for the Economist, suggested that some Brits do not support the new rules – instead favouring the permanent implementation of the current rules even after the pandemic ends.

According to the results, 19% said they would favour nighttime curfews – which currently sees a limited closing time for hospitality venues- while a further 26% would back the closing of casinos and clubs.

Furthermore, 35% said they would be in favour for any travel quarantine to remain in place, while a huge 40% backed the permanent usage of masks.

The marked display of public opinion comes just hours after Transport Secretary Grant Shapps confirmed the latest relaxation of rules which would allow fully vaccinated Brits to to travel to countries like France, Spain and Italy from July 19 without self-isolating on return.

It follows a similar announcement by new health secretary Savid Javid who recently confirmed that fully vaccinated adults would not have to self isolate if buzzed by the NHS app from August 15.

But, the string of announcements made by the Government this week has sparked a wave of scrutiny by doctors who have suggested that it come mean a sharp rise in the number of cases and hospitalisations. 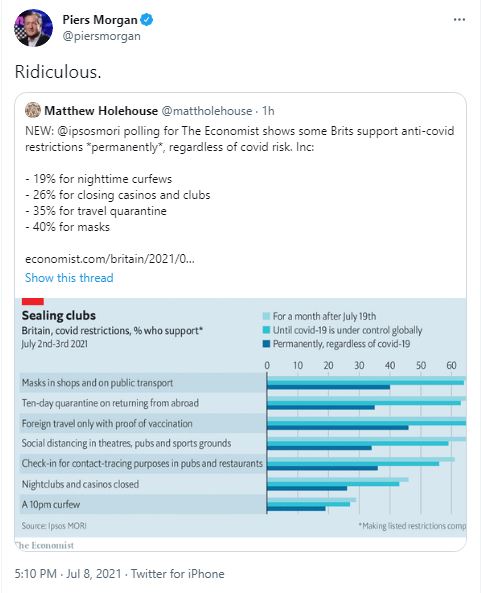 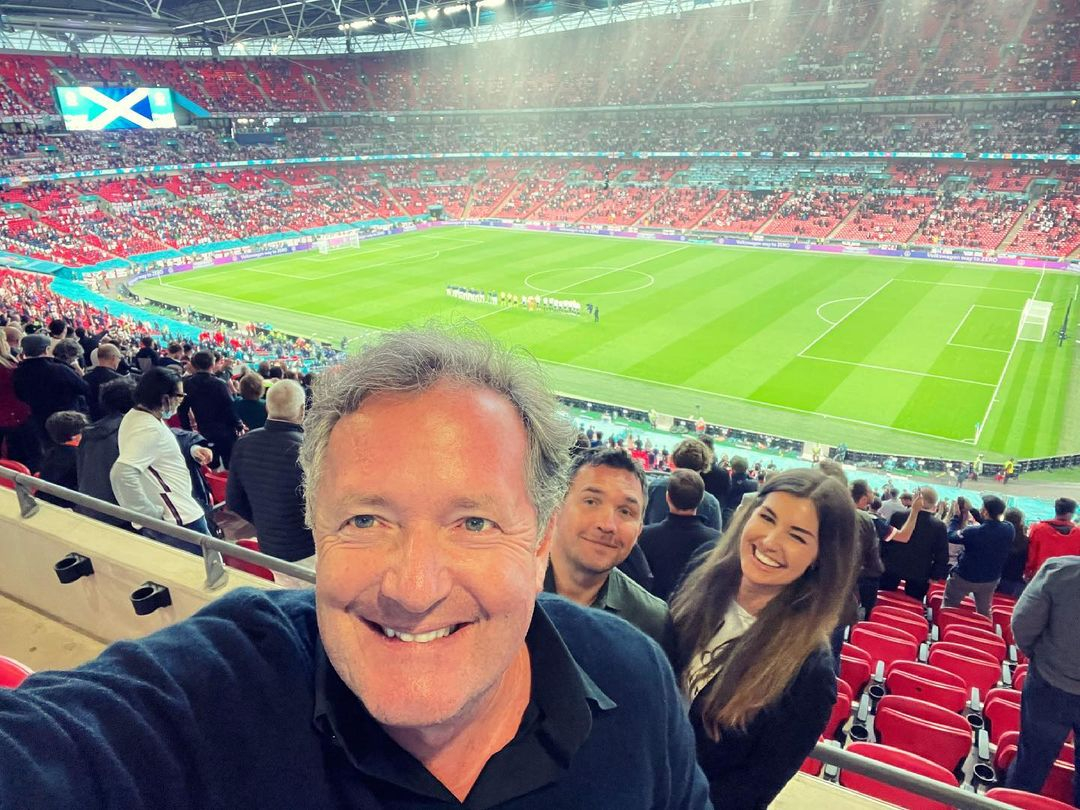 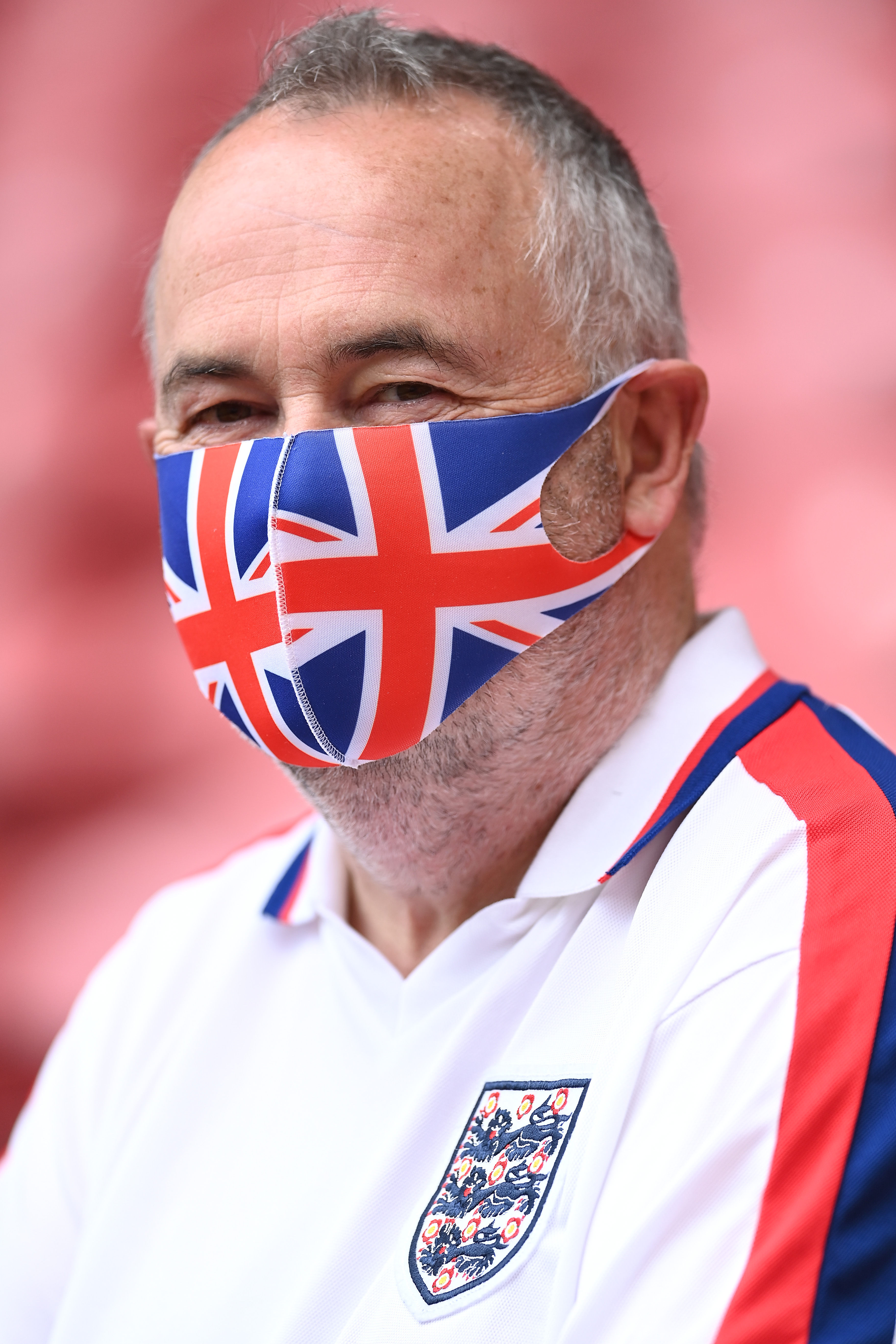 Cases are still rising in the UK and while vaccines do help protect against serious illness and death, people are still ending up in hospital with the virus.

Experts fear the NHS will struggle to cope if cases hit the predicted 100-120,000-a-day in just a few weeks.

They also add a further 10,000 extra deaths could be expected by October at the current rate.

Even if vaccines stop the majority of people getting sick enough to need medical care, just one per cent of 100,000 would see 1,000 daily admissions to wards.

Yesterday Britain recorded 32,548 daily Covid cases – the highest figure since January and deaths have increased by 33, bringing the total to 128,301.

It marks the highest increase in cases since January 23 when 33,522 infections were recorded. 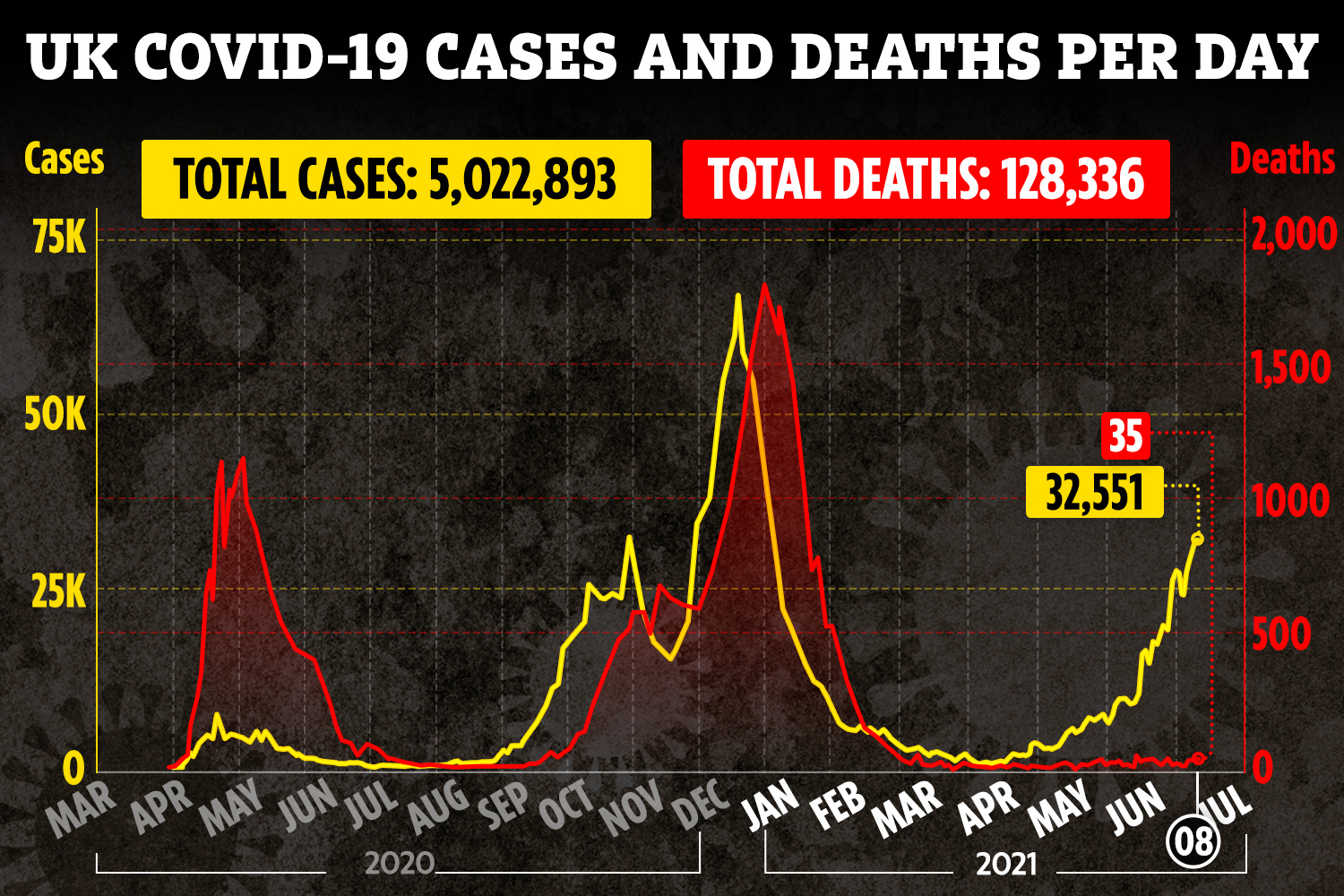 The huge surge in cases has been partly driven by the highly transmissible Delta variant which has left twenty five areas in the UK on the Covid watchlist.

But some critics warn that the biggest factor could be the Governemnet’s decision to unlock all restrictions which doctors believe could overwhelm a “broken NHS.”

This morning, experts gathered for an "emergency summit" to discuss the ditching of masks, social distancing and other safety measures that appear to remain popular according to the survey.

Speaking to the panel, Dr Deepti Gurdasani, an epidemiologist and senior lecturer at Queen Mary University, said: "This will create a generation blighted by a virus they could be vaccinated from in a matter of weeks.

"It's effectively giving up on trying to control the pandemic at all. We could so easily hold out for a few weeks more so we could vaccinate and protect so many more people."

She also warned the country would end up in another strict lockdown if we ditch all restrictions, saying "it's already very late" to turn the tide.

The expert added: "We are not at the end of the line. We have seen mutations emerge that are more transmissible and there is absolutely no reason to think that will not keep happening."