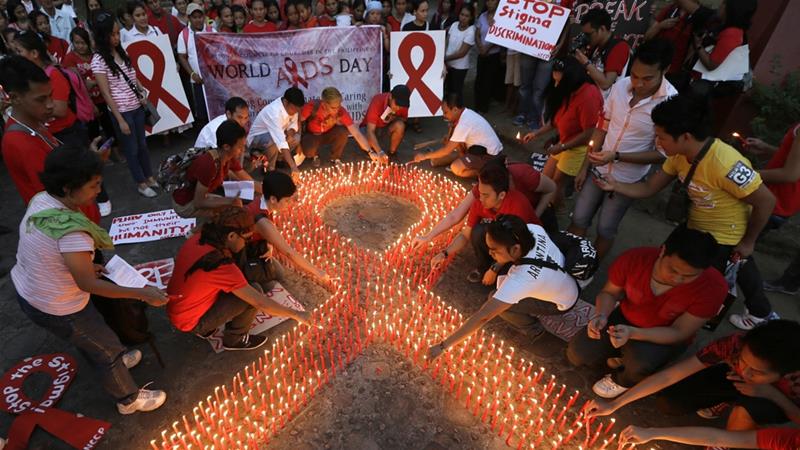 New HIV cases continued to increase in the Philippines in 2017, with a 3,147 percent surge since 2007, according to an Al Jazeera analysis of the latest data published by the country’s health agency, bucking a downward trend worldwide.

In contrast, new HIV cases reported worldwide had gone down, from 2.1 million in 2015 to 1.8 million in 2016, according to the latest figures provided by the World Health Organization and the UN AIDS Programme.

The latest report from the Philippines comes after President Rodrigo Duterte was recently quoted as saying that Filipinos should follow the government’s reproductive health programme, but avoid using condoms because “it is not satisfying.”

The health department said of the new cases in 2017, more than 95 percent involved male transmission. A total of 38 cases involved minors under 15 years old.

With a population of more than 100 million, the number of HIV cases in the Philippines remains low. But in terms of percentage increase, the UN said in August 2017 the country has the fastest growing HIV epidemic in the Asia-Pacific region in recent years.

The UN report also said the Philippines has become one of eight countries that account “for more than 90 percent of new HIV infections” in the region.

For years, the use of condoms and other artificial birth control methods had been frowned upon in the majority Catholic country.

But that changed after the Philippines passed a reproductive health reform law in 2012.

Aside from abstinence and natural methods, the government then started to promote the use of condoms to encourage family planning and safe sex, and to reduce teenage pregnancy, which is also prevalent in the Philippines.

Commenting on the country’s swelling population, Duterte said last week that Filipinos are too carefree when it comes to reproduction, adding the country would be more manageable with a smaller population.

“I am not joking. Just follow the government programme [on reproductive health]. We have free pills but just avoid condoms, because it is not satisfying,” he said.

He also advised women “to get an injection good for six months, so there will be no limit in your libido”.

Ana Santos, a journalist and reproductive health advocate, said what Duterte said about condom use was “thoughtless and irresponsible.

“His comment on condoms tells us how little he knows about the HIV epidemic in the Philippines, and how condoms are a scientifically proven method to prevent its spread,” Santos told Al Jazeera.

She said the HIV epidemic “has been festering” because of “historically low condom use due to shame and stigma and a misconception that condoms are not pleasurable.

“This is a misconception Duterte just reinforced.”

Carlos Conde, a Human Rights Watch representative, said instead of criticising condoms, the president “should take meaningful action” such as expanding accessibility and their use nationwide.

“Policies restricting access to condoms are a threat to public health,” Conde said in a statement to Al Jazeera, citing the spread of HIV and the continued high maternal mortality rate.

In a statement posted on social media, Risa Hontiveros, an opposition senator, wrote: “It’s not satisfying if you use condoms? Try HIV-AIDS and teenage pregnancy.”

“There is an epidemic,” he said, noting of the 100-120 people getting tested daily at a health centre he runs in Manila, between 8-10 percent test positive.

Pagtakhan also pointed out the increase in the number of new cases could be attributed to more awareness about HIV among the population.

While sex is “a very personal matter”, it is necessary that Filipinos must be well-informed about their options and consequences of their behaviour, he said.

“In view of the explosive growth in the number of HIV infections in the Philippines, we need more conversations rather than quick judgement and hate.” 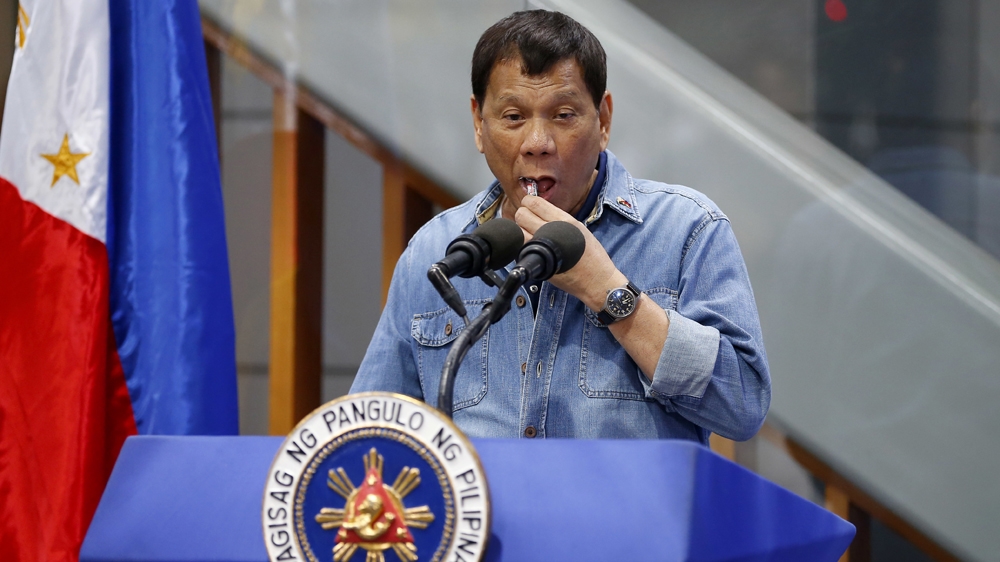