Public Health England was ‘too focused’ on diabetes and obesity before the coronavirus pandemic, claim former Government advisers

Public Health England was ‘too focused’ on diabetes and obesity before the coronavirus pandemic, two former Government advisers have claimed.

Taking a swipe at the doomed health agency, they accused it of failing to spend enough time on infectious diseases despite them being its area of expertise.

Sir Mark Walport, the former chief scientific adviser for the UK, said the agency made a ‘switch’ away from infections towards chronic illnesses.

‘Public Health England (PHE) has been very focused on issues such as obesity, diabetes and other chronic conditions,’ he said.

‘(But) infection I think… hasn’t been quite so effectively led. There’s a lesson to be learnt there.’

He compared it to the Robert Koch Institute in Germany, which performs a similar function but was set up solely to research and focus on infectious diseases.

Sir Mark Sedwill, who was cabinet secretary until this year, questioned whether PHE had been the right body to battle coronavirus or other infectious diseases. 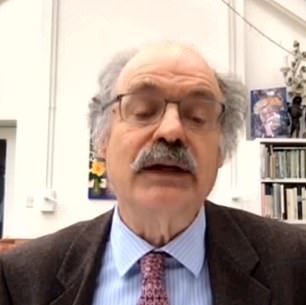 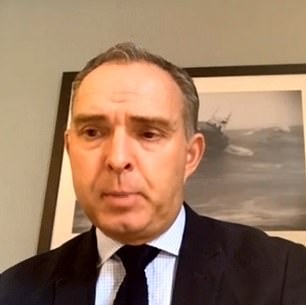 Sir Mark suggested PHE was undermined by the decision to merge a campaigning role and one trying to get people to be healthier.

‘There is a question now whether that decision was right,’ he said.

‘If you look at its mission statement, it was much more focused on health and health inequalities than disease prevention and control although that was within its remit.’

The Department of Health and Social Care oversees the three main bodies responsible for healthcare provision in England.

These are the NHS, the social care sector and Public Health England.

PHE is the smallest body of the three and is focused on getting people to lead healthier lives and prevent long-term diseases.

The agency found itself at the helm of the coronavirus response in spring this year despite not having the resources or political pulling power to stop such a huge disease outbreak.

A string of errors have followed, with PHE in July having to remove 30,000 positive cases from its official count of positive tests after admitting it had accidentally double-counted.

On August 14 it had to remove 1.3million tests from its official records due to ‘over-counting’, and on October 5 it emerged that 16,000 positive test results had not been recorded because of an Excel spreadsheet blunder.

Public Health England as an independent agency will be axed in spring 2021, when it will merge with the NHS Test and Trace service and the Joint Biosecurity Centre to create a new agency, the National Institute for Health Protection.

Sir Walport and Sir Sedwill were talking during a session of Parliament’s Science and Technology Committee today.

THE UK WAS NOT READY FOR A CORONAVIRUS PANDEMIC

The UK was not ready for the coronavirus pandemic, the former chief medical officer for England has warned. 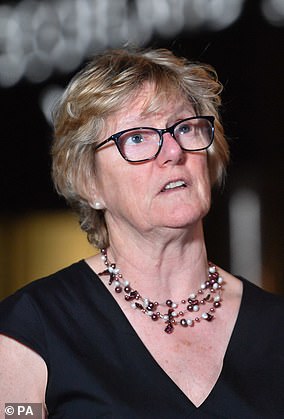 When asked whether there were sufficient plans in place to protect schools, hospitals and other centres, Professor Dame Sally Davies answered ‘no, we were prepared for the flu’.

Speaking during the Science and Technology Committee meeting, experts noted operation Cygnus was carried out to prepare for a flu pandemic.

‘We learnt we didn’t have enough staff, we learnt everybody would want different hours, we learnt that we had to liaise between the different nations very closely,’ said Dame Sally.

‘I think it was a success in terms of learning for flu and useful for everything else.’