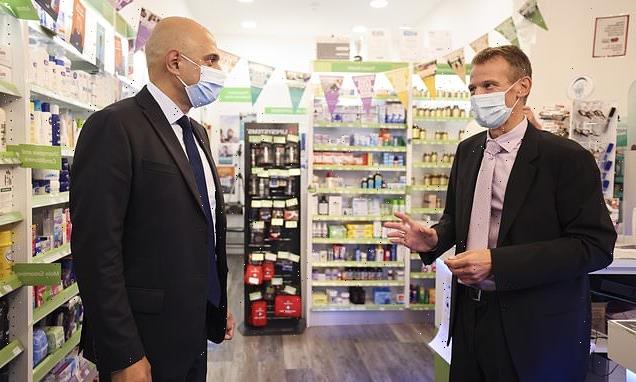 Pharmacists to get more power: Chemists will prescribe extra drugs and treat wider range of illnesses under plan to free up GPs for face-to-face appointments

Pharmacists will become the first port of call for most minor illnesses under plans being considered by Sajid Javid to free up GPs to deal with more serious cases.

This is likely to include handing them the power to prescribe a number of medicines which are currently the sole preserve of doctors.

A health source said Mr Javid wanted to see a ‘substantially’ increased role for pharmacists, adding: ‘He is looking at expanding quickly the role that they play.

‘It is all about sharing the workload and freeing up GPs to deal with more complex cases.’ 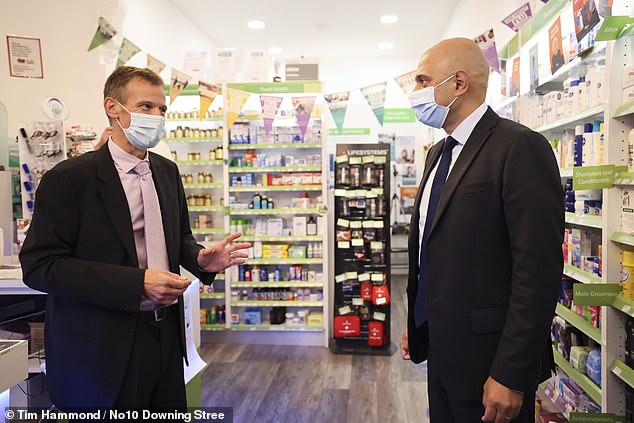 Health Secretary Sajid Javid, pictured with Chairman of the National Pharmacy Association, Andrew Lane, left, at Keencare Pharmacy in south west London for his flu jab is considering pharmacists to be the first port of call for most minor illnesses

The source said the Health Secretary was examining the ‘Pharmacy First’ scheme in Scotland that allows pharmacies to treat a wide range of common conditions from earache and sore throats to hay fever and cystitis.

Ministers hope the scheme will make it easier for patients with minor conditions to get treatment more quickly, as well as freeing up GPs.

Writing in the Mail today, Mr Javid said: ‘Another way we’re going to ensure more time is spent with patients is by spreading the workload.

‘I want every practice to use the NHS Community Pharmacy Consultation service, so our brilliant community pharmacists can do more in terms of prescribing.

‘I’m asking my department to work with the NHS and look at a “Pharmacy First” scheme for England, so pharmacists can provide treatment for specific conditions like sore throats, without patients having to go to their GP, building on pilot schemes in England and much as they already do in Scotland.’

The move is likely to be welcomed by pharmacists, who have been pushing to play a bigger role in community healthcare.

Around 800 GP practices are currently signed up to the Community Pharmacist Consultation Service, which refers patients with a limited range of minor conditions to their local pharmacy. 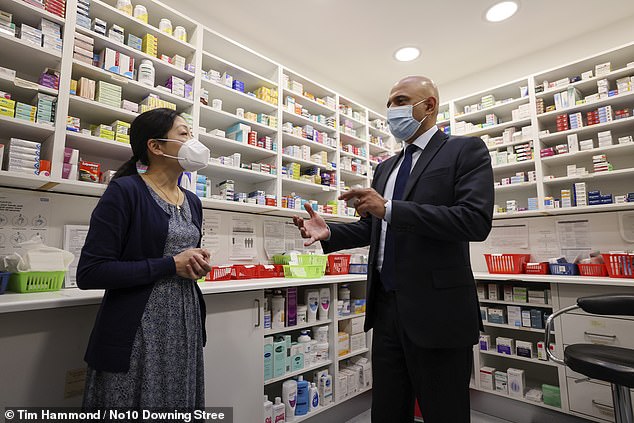 The new battle plan for improving access to GPs gives pharmacists the power to prescribe a number of medicines which are currently the sole preserve of doctors. Javid, pictured right, met community pharmacist Cynthia Langworth at Keencare Pharmacy in London

Patients living north of the border are advised to attend a local pharmacy for advice and treatment on all minor illnesses and health concerns, ranging from backache and verrucas to eczema and allergies.

Patients can attend any pharmacy for advice, and in most cases they do not need to make an appointment.

Those requiring privacy can seek advice in dedicated consultation rooms. 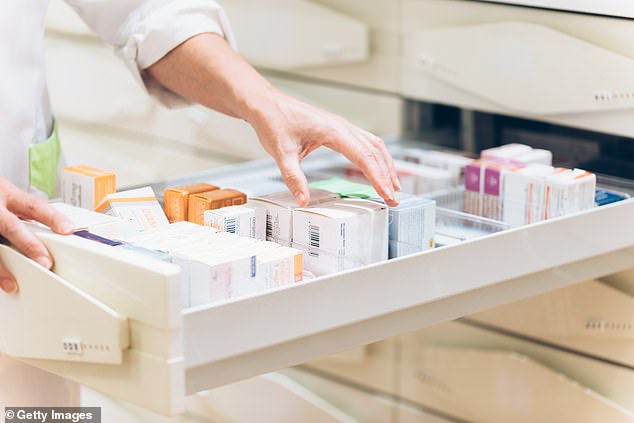 At the moment, pharmacists are able to issue advice and prescribe medicines, including antibiotics, if needed, but patients displaying unusual or serious symptoms will be referred to their GP or local hospital

Pharmacists have the power to issue advice and prescribe medicines, including antibiotics, if needed.

However, patients displaying unusual or serious symptoms will be referred to their GP or local hospital.

As with GPs, pharmacists will keep records of all treatments.

A health source said Mr Javid would consider whether to replicate the Scottish scheme in England wholesale or adapt it.