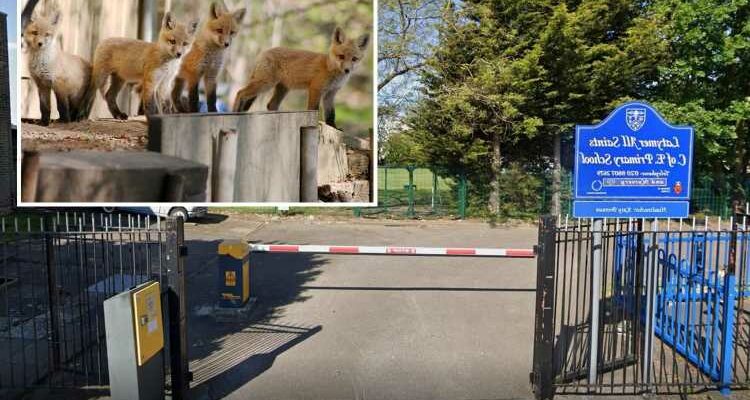 PARENTS and pupils are horrified as a school is set to trap and shoot four fox cubs weeks after slaughtering their mum. 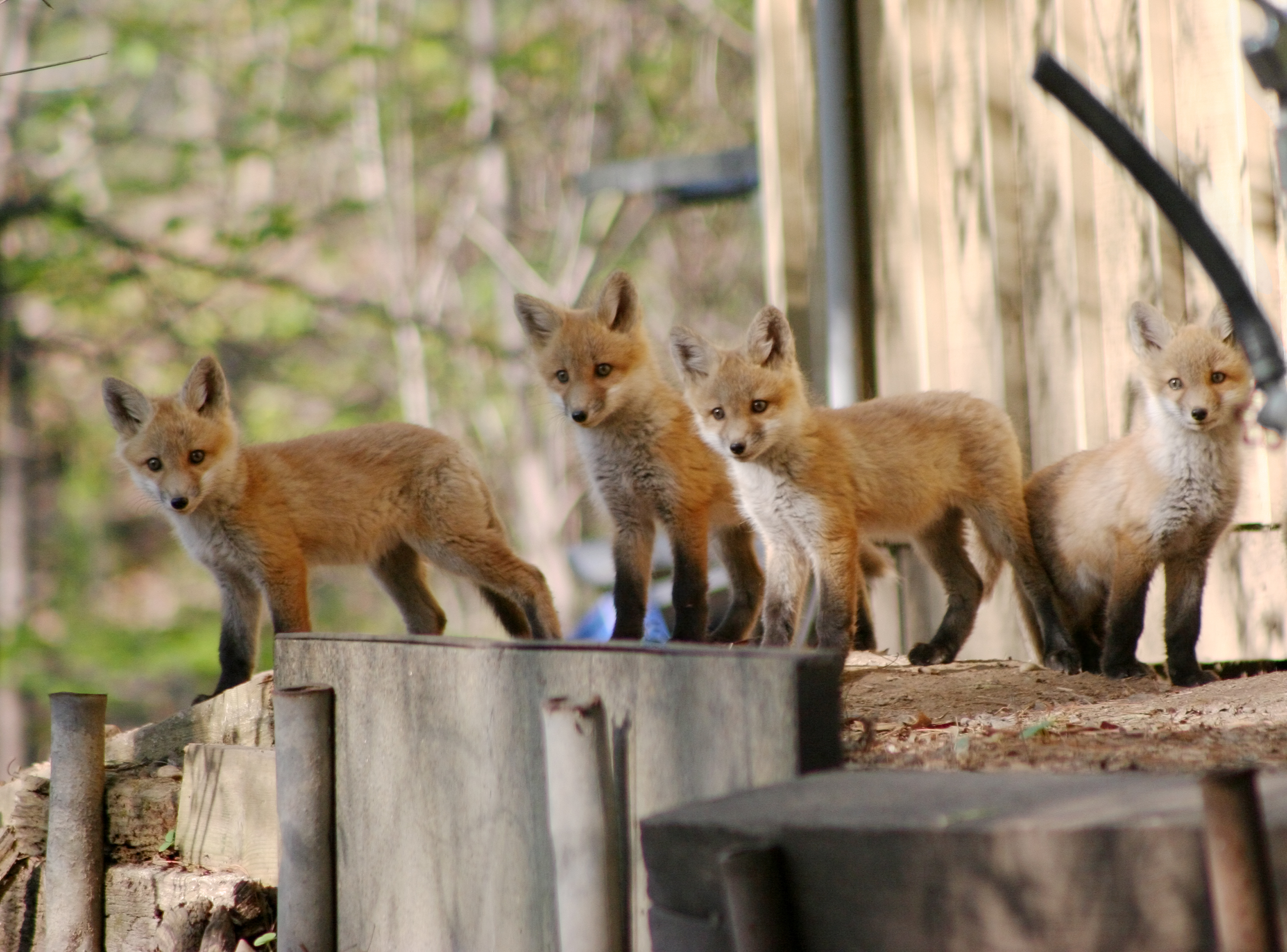 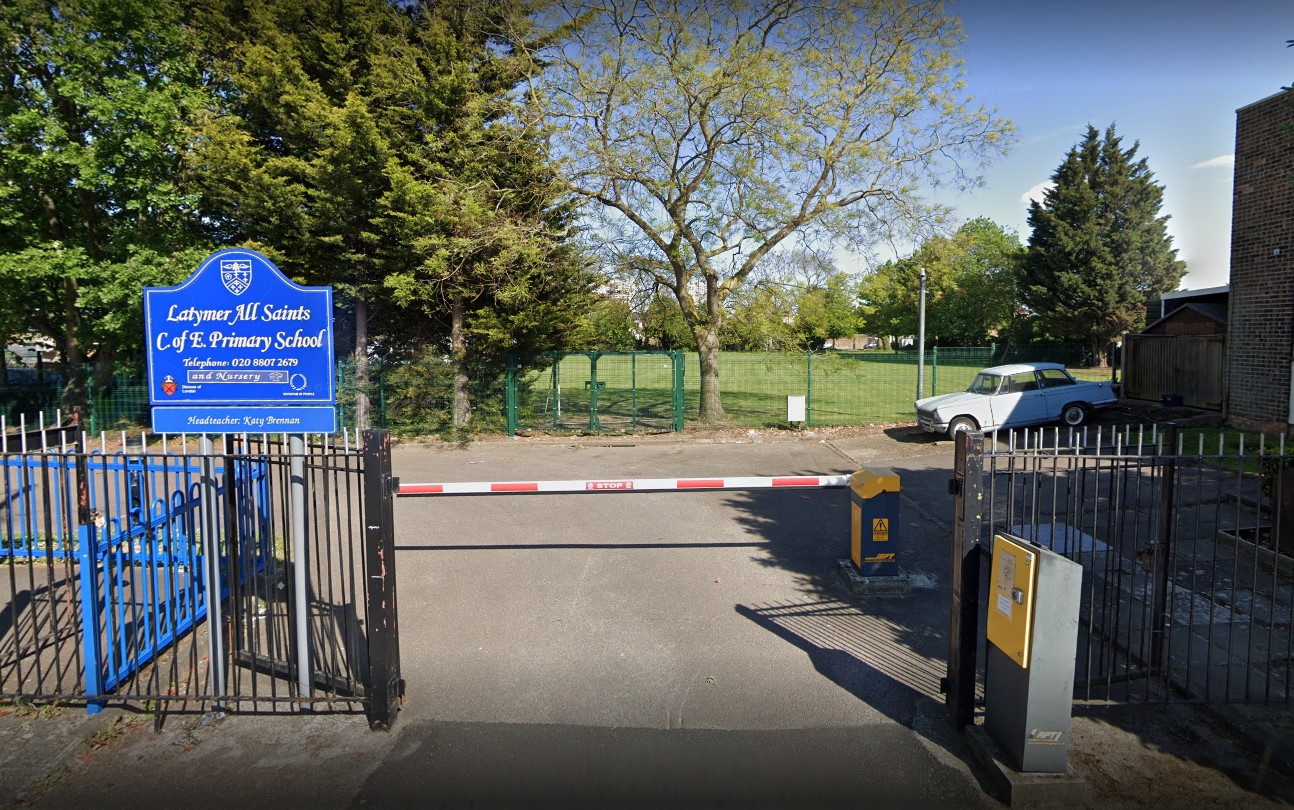 On its website, the school describes its values are "love, aspiration and service" and "deeply respecting everyone and treating them with dignity".

But school chiefs are adamant that shooting the animals dead is the only way to get rid of them, as they claim the young foxes pose a risk to health to pupils.

The cubs have already been left to fend for themselves after the school hired a marksman to gun down their mum four weeks ago.

However kids at the primary have been "enjoying" watching the animals play in the field, and have called on teaching chiefs to find another way to deal with them.

Fox Guardians UK founder Dora Nightingale expressed her outrage on Facebook, accusing the school of "paying to have innocent wild animals to be murdered just for doing what comes natural [sic] to them".

She urged animal lovers to "contact Latymer All Saints C Of E Primary School to urgently request in a respectful manner for them to remove the traps, call off the cull and choose a humane solution instead".

Nightingale added: "I have spoken to the head teacher and she promised to… consider my advice to get 'Fox-A-Gon' to give a site assessment, and advice on humane ways to deter the foxes from the school grounds."

She slammed the proposed culling of the cubs as "a shocking and senseless act of violence that will not solve your 'problem' of fox faeces, but only make it worse.

"To shoot and kill innocent foxes after only seeking advice from someone who is clearly biased because they are profiting from culling foxes is irresponsible.

"Foxes have as much a right to live on this planet as we do, and we should coexist in harmony.

"Humans as the advantaged species have a responsibility towards the weaker species, to treat them with compassion."

Killing the cubs is a shocking and senseless act of violence that will not solve your 'problem' of fox faeces.

But the school hit back in its latest school newsletter.

It told parents on September 17 that police were called, as an unnamed activist was "demonstrating outside of our school.

"She was demonstrating at our plans to remove the foxes that are currently living on our premises as they pose a health and safety risk to our children.

"There is a risk of further disruption but we remain vigilant and would ask you to avoid confrontation with any demonstrators.

"The police are aware of the situation and are on alert to come to our assistance should there be any disruption."

The Sun Online has contacted the school for further comment.

The furore comes a month after Littlehampton Academy in West Sussex infuriated kids, parents and animal rights groups by killing a fox and her three cubs for also pooing on its field.

Experts say shooting foxes is not an appropriate way of dealing with them – and it sets a bad example to children.

Professor of mammal ecology Dawn Scott, of Keele University, said: “Shooting foxes is not the solution. This is only a short-term fix and other foxes will move in.

"As they will be setting up territories, it is likely there will actually be more faeces as other foxes dispute the temporarily vacant territory."

She added: "Culling wildlife sends a bad message to the students – that wildlife is a problem, rather than part of a solution to the global issue of loss of biodiversity."

Christian school Littlehampton Academy was slammed for being “hypocrites" after her vixen and her young were shot dead by a paid marksman.

Elaine Clayton, whose child attends the school said: “This poor fox and her family’s lives were snuffed out by disgusting humans."

An academy spokesman said: “We did look at trapping them as an option but, once trapped they would be destroyed, and on balance we felt allowing them to be trapped and held in cages for a period before being destroyed was a worse option.

“This is not something we decided on lightly but I hope that you can see that as an educational establishment with over 1,300 children on site we have a responsibility to ensure their safety and health, and so we took this difficult decision.”