Pakistan says it has shot down two Indian warplanes over Kashmir and captured one of the pilots in a major escalation of the conflict in the disputed territory.

An army spokesman said the country’s air force shot down the jets after they crossed the boundary between the two nuclear rivals in the region.

Major General Asif Ghafoor said one plane went down in Indian-controlled Kashmir and another crashed on its own territory where Pakistani troops on the ground arrested the pilot.

It comes a day after Pakistan threatened India with retaliation after its rival launched an airstrike on a suspected extremist training camp in the Pakistan-controlled part of Kashmir. 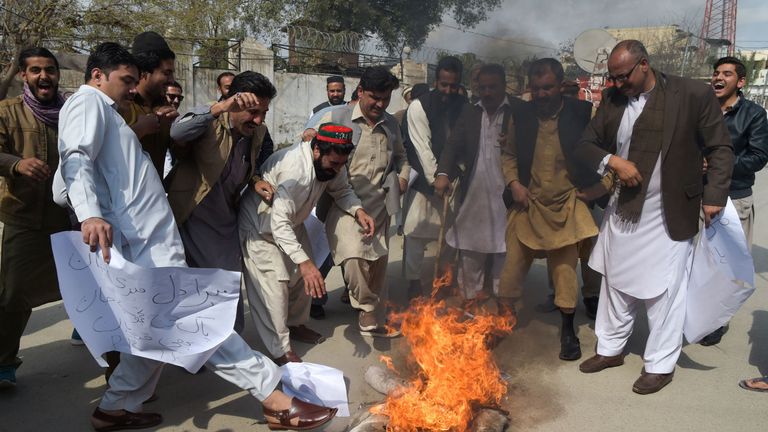 India said the early morning strike “eliminated” a large number of militants and no civilians were hurt.

Maj Gen Ghafoor warned Delhi in a news conference on Tuesday: “It is your turn now to wait and get ready for our surprise.”

India said its strike inside Pakistan was to prevent the Jaish-e-Mohammad group from launching another attack on Indian territory.

The Pakistan-based militant group claimed it had carried out a suicide bombing on a convoy of India’s paramilitary forces in Indian-controlled Kashmir on 14 February, killing 40 troops.

India has accused Pakistan of allowing the militant group to operate on its territory – which Islamabad denies. 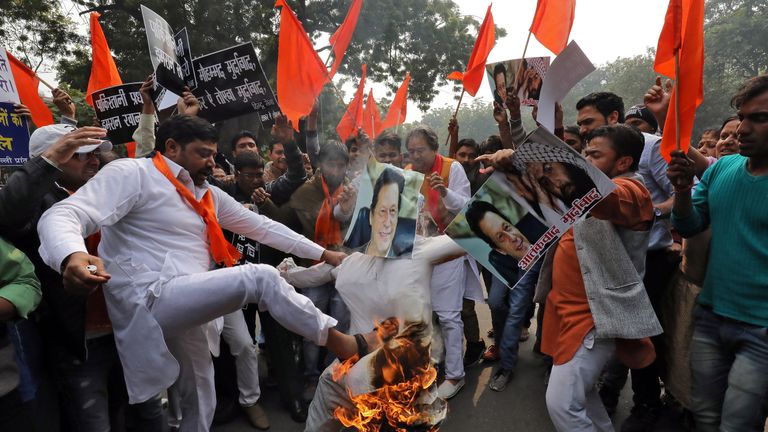 Sky’s India reporter Neville Lazarus said: “There have been claims and counter-claims.

“India’s defence ministry says an F-16 aircraft has been brought down in Pakistan.

“We are seeing an escalation from both sides. We don’t know how far this is going to go but for the moment tensions remain between the two nuclear-armed neighbours.”

Kashmir has been split between India and Kashmir since the end of British rule in 1947.

The disputed territory has been termed a nuclear flashpoint and both countries have fought three wars over the area.

Tensions between the two nuclear armed neighbours has increased as both sides blame each other for the violence in the region.