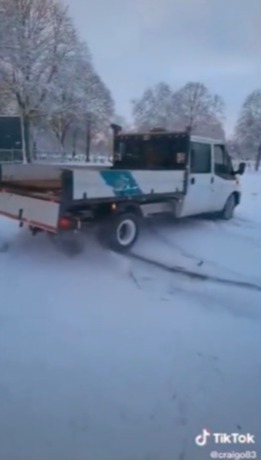 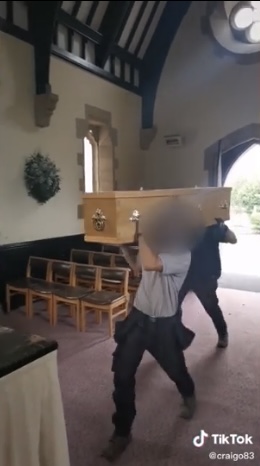 One of the appalling videos appears to show a Derby City Council truck doing doughnut spins on the snow laden grounds before carelessly spinning off across a grass verge.

Another cruel clip then shows a group of what seems to be mourners making their way along the pathway of the cemetery, with the soundtrack of horror series 'The Walking Dead' behind it.

The theme song of the popular zombie-inspired show continues as white fog clouds the camera while the unknowing passersby continue their route.

The disturbing TikTok's then take an even more inappropriate turn – showing a pair of men, sporting work gear, enter a chapel dancing with a coffin hoisted over their shoulders. 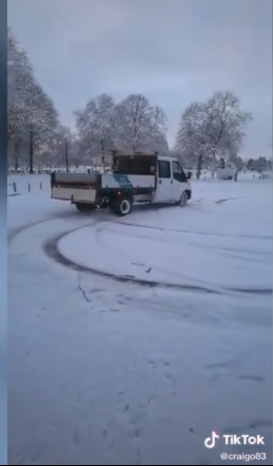 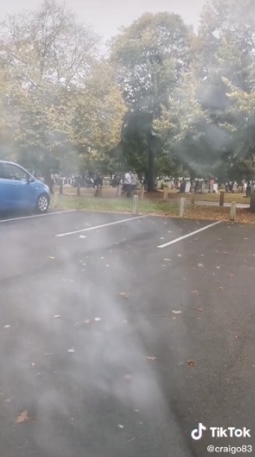 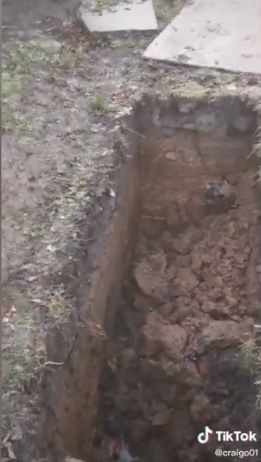 The 'mock up' casket, emblazoned with the words: "Step inside to see the future," is then scandalously spun around while resting on a plinth.

Further troubling footage shows someone approaching a half-dug grave with a shocking voiceover saying, "On today's episode of how f***ed up is f***ed up, that's f***ed up."

Another callous clip posted to the TikTok account shows numerous chairs being dropped from high in a building into a truck below.

The foretelling sound behind it says, "Time to do some sketchy s**t, doo daa, doo daa, hope I get away with it."

A spokesperson for the local council said: "The Council was not aware of these videos, however we have launched a full investigation to identify those involved. 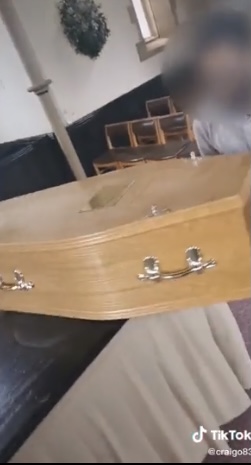 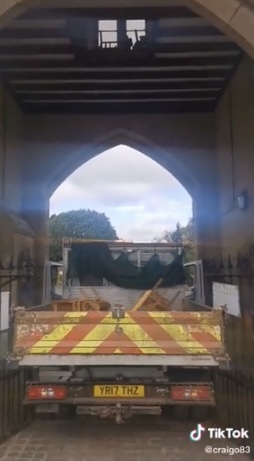 "The content is insensitive and disrespectful, and we do not condone this behaviour.

"We would be extremely disappointed to discover involvement by a Council employee and we will take appropriate action if necessary."

It has not been confirmed if the men in the videos are council employees.

"This would fall far short of the professional standards we expect from our colleagues. We have also reported these videos to TikTok." 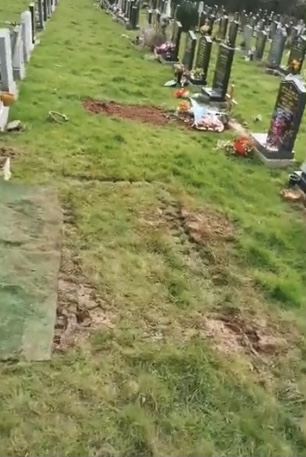 "Even during the pandemic, they show increased disrespect to the dead and loved ones in mourning.

"It brings disrepute to the process and it has to be asked, would you want to be in this team's care after you or a loved one has died?"

Derwent and Chaddesden councillors were "outraged" by the footage and said they "expect and demand answers".

Derwent councillor Stephen Willoughby said: "I was disgusted by the videos. It shows a total lack of respect and sensitivity to those buried and their loved ones."

Chaddesden councillor Rob Cooper said: "The videos would shock many people who have loved ones buried at Derby City Council-run cemeteries.

"Those buried at Derby's cemeteries, rightly deserve to rest in peace; which all DCC employees should as a matter of course fully understand.

"I'm demanding an immediate and full investigation is launched to find out who the people are involved, when they happened and the exact locations, these videos took place."