A student has prompted outrage after being pictured wearing a hand-written racist slogan saying ‘Hitler wanted my kind alive.’

The University of Leicester student was taking part in a ‘white t-shirt social’ where participants write messages on their own and others’ tops during the course of bar crawl.

The photograph, believed to have been taken inside a McDonald’s in the city centre, was shared on social media and came to the attention of the university’s Jewish students society. 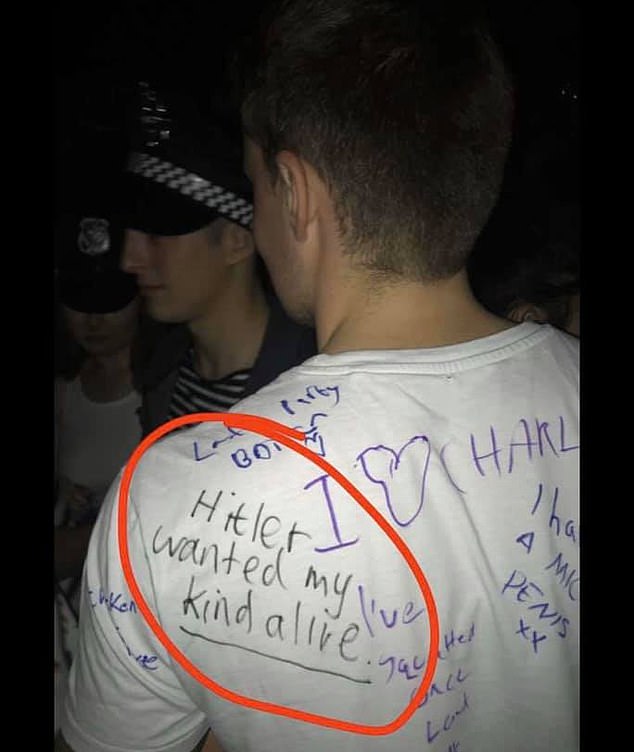 The society has also obtained a photograph of another recent event at which a University of Leicester student was wearing a high visibility vest with the phrase ‘I’m a Nazi’ written on it in marker pen.

One student who posted the images on Facebook said she felt ‘compelled to speak up.’

Do you know either of these people?

She added: ‘We’ve seen how white t-shirt socials at Exeter, Cardiff, Newcastle and other universities all made national news for anti-semitism and general bigotry.

‘Each of these socials ended up with anti-Semitic slurs and horrific Holocaust-related content. Now, sadly, it looks like Leicester is following suit.

In a statement, the students’ union confirmed they are investigating the incident.

It said: ‘This action is wholly unacceptable and completely against our core values.

‘Offensive behaviour that marginalises any group within our community constitutes a breach of the regulations governing student discipline and we have launched an inquiry into this incident through a disciplinary process. 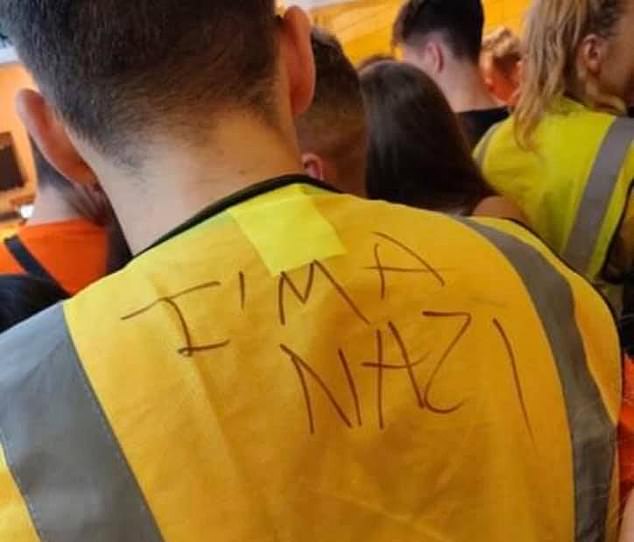 ‘It is not acceptable to act in an offensive, inflammatory or discriminatory way and we continue to develop extensive training, support and guidance available to clubs, societies and associations on our values and expected behaviour.

‘The entire executive team would like to sincerely apologise for the incident and take accountability for this students’ behaviour.

‘We will ensure we tackle any anti-Semitism and make it wholly clear that white T-shirt socials are not allowable by the union.’

The Campaign Against Anti-Semitism said it was monitoring the situation.