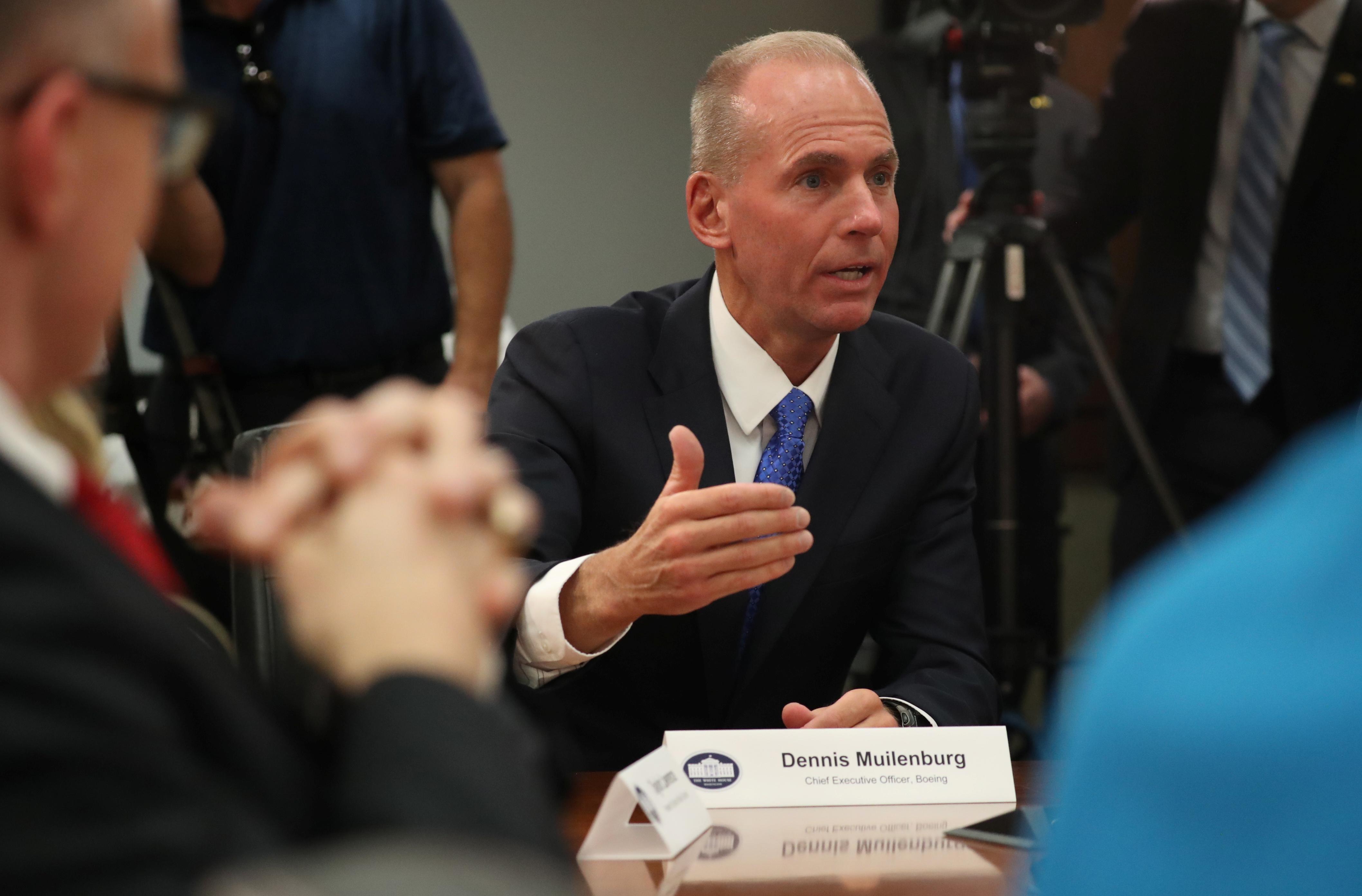 Boeing Chief Executive Officer Dennis Muilenburg told a CNBC interviewer on Thursday he was “very confident” in the safety of the 737 MAX, the newest version of a jet that has been a fixture of passenger travel for decades.

“We know our airplanes are safe,” Muilenburg said. “We have not changed our design philosophy.”

Muilenburg’s comments came the same day that India’s aviation regulator said 737 MAX pilots should be trained on a simulator that replicates the suspected scenario that led to the crash, while Indonesia’s Transport Ministry said it would immediately impose new requirements for simulator training.

Also on Thursday, Lion Air confirmed an earlier Reuters report that it was considering cancelling 737 MAX orders after the jetliner plunged into the Java Sea on Oct. 29, killing all 189 people onboard.

Lion Air, a privately owned budget airline, has 190 Boeing jets worth $22 billion at list prices waiting to be delivered, on top of 197 already taken, making it one of the largest U.S. export customers. Other MAX customers, including large U.S. carriers, have reiterated they are confident in the plane.

Crash investigators are focusing on the possibility that a new anti-stall system that repeatedly pushed the Lion Air jetliner’s nose down was being fed by erroneous data from a faulty sensor left in place after a previous hazardous flight.

Boeing has said cockpit procedures that were applied on the previous flight are already in place to tackle such a problem. But U.S. regulators have said Boeing was also examining a possible software fix, after coming under fire for not outlining recent changes to the automated system in the manual for the 737 MAX.

Extra training has also become a key focus after the crash.

A simulator can cost between $6 million and $15 million depending how it is customized and take about a year to be delivered, aviation training firm CAE said.

CAE has sold about 30 737 MAX simulators to airlines around the world – four of which were in service so far, the company said.

Southwest Airlines Co said it had one MAX simulator on order before the Lion Air crash, while American Airlines said it was working with pilots on training.

Separately, American Airlines has added to its mandatory pilot training materials discussion of the scenario faced by the Lion Air pilots and differences between the MAX and its predecessor, the 737NG, said Dennis Tajer, a spokesman for the Allied Pilots Association (APA), which represents American Airlines pilots.

Boeing’s shares closed down about 3 percent at $331.90 amid broader concerns of U.S-China tensions over trade.