A cheeky long tail macaque was almost crushed for stealing a banana out of the mouth of an orangutan.

The clip, filmed on November 16, shows the orangutan pushing away and holding the macaque by the head while he finishes a mouthful of banana.

‘A long tail macaque is trying to steal a banana out of an orangutan’s mouth and is being punished for it. At the end, the macaque was shocked but not injured,’ says the filmer.

‘I filmed this at one of the nicest places on earth: Tanjung Puting National Park, Borneo, Indonesia.

‘A long tail macaque is trying to steal a banana out of an orangutan’s mouth and is being punished for it. At the end, the macaque was shocked but not injured.’

Extinction in the wild is likely in the next decade for Sumatran orangutans and soon after for Bornean orangutans.

Both the Sumatran species, known as Pongo abelii, and the Bornean species, also described as Pongo pygmaeus, are critically endangered according to the International Union for the Conservation of Nature and Natural Resources (IUCN) Red List of Threatened Species.

Deforestation has led to the Sumatran and Bornean Orangutans’ rainforest habitats to disappear at an alarming rate which is leading to the clearance of the land for pulp paper and palm oil plantations, with the remaining forest degraded by drought and forest fires.

The orangutans which are displaced end up starving to death, being killed by plantation workers as pests, or die in the fires. 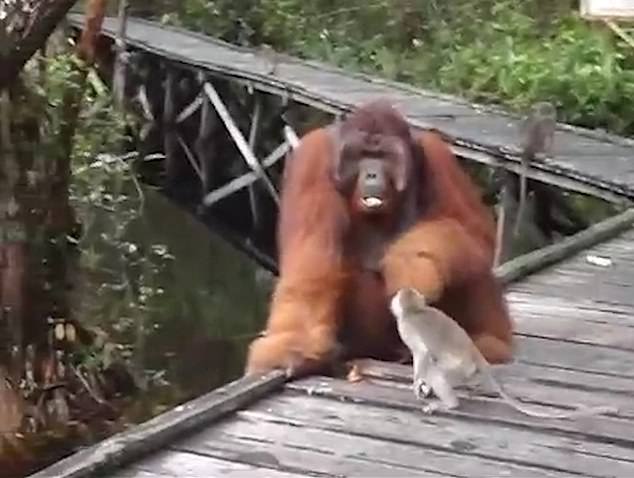 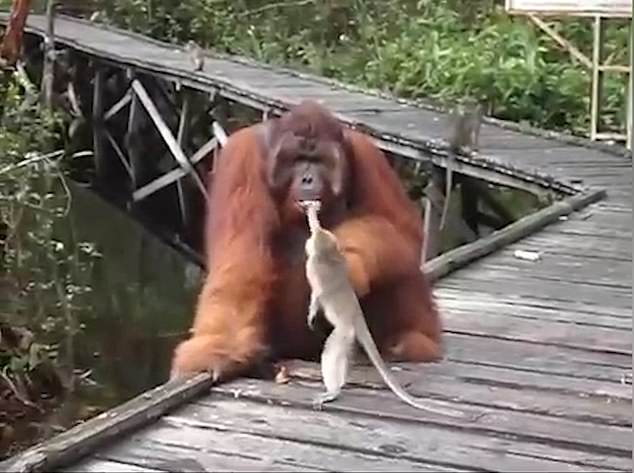 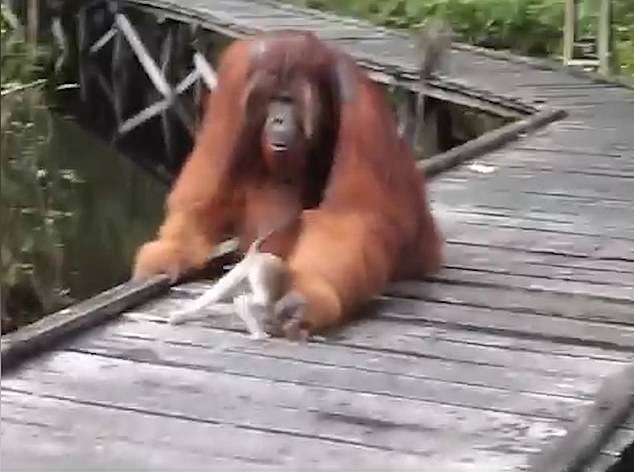 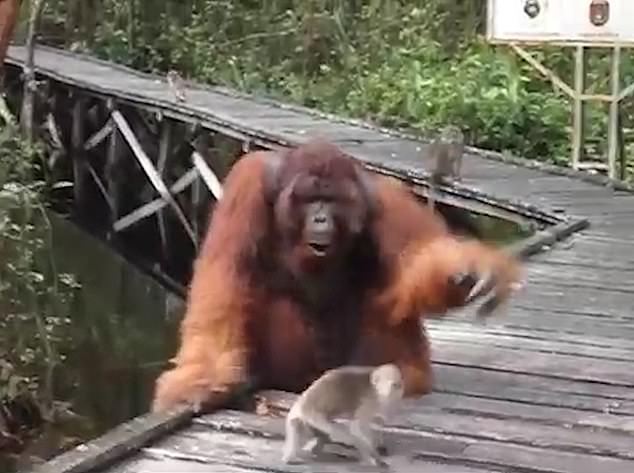 The furious ape left the monkey in shock after pinning him down in revenge following the bust-up at Tanjung Puting National Park, Borneo, Indonesia