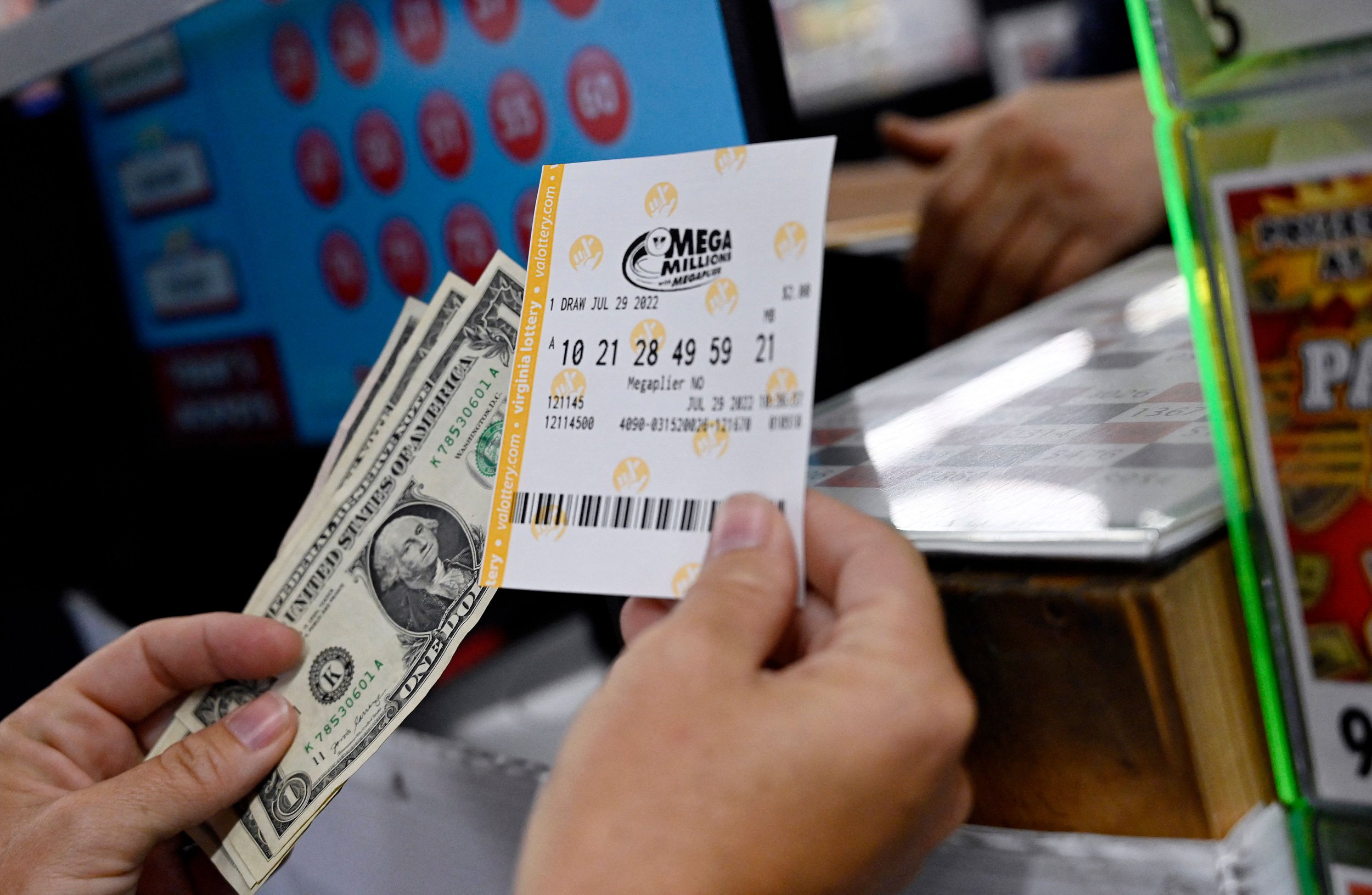 A lucky lottery player has scooped $1.28 billion (£1.05 million) in the second-largest Mega Millions jackpot of all time.

There has been one winning ticket, bought in Illinois, in last night’s draw so far.

Entry cost just $2 a ticket with thousands flocking to take part – despite the fact there was a one in 303 million chance of winning.

The jackpot was the nation’s third-largest lottery prize.

It had grown so large because no one had matched the game’s six selected numbers since April 15.

A total of 29 consecutive draws went by without a jackpot winner, until last night.

According to the Illinois Lottery, the Speedway gas station in Des Plaines, Chicago, that sold the ticket is a pretty big winner, too; it will receive a half million dollars just for selling the ticket.

Mega Millions is played in 45 states as well as Washington, D.C., and the U.S. Virgin Islands.

‘We are thrilled to have witnessed one of the biggest jackpot wins in Mega Millions history,’ Ohio lottery director Pat McDonald said in a statement.

‘We’re eager to find out who won and look forward to congratulating the winner soon!’

The largest jackpot of any US lottery game was won in 2016, and split among winners in California, Florida and Tennessee.

That Powerball game was worth even more than last night’s draw, with a whopping $1.586 billion won.