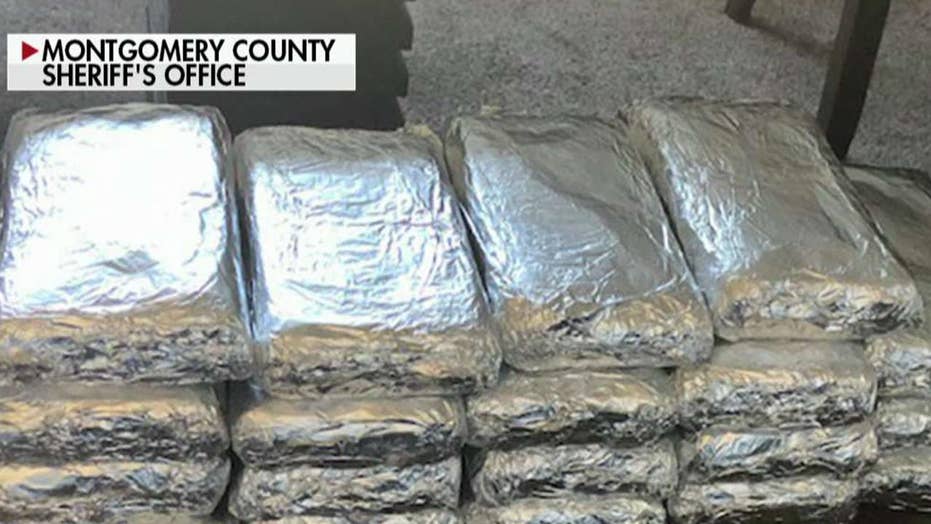 The DHS special agent in charge says the amount seized would be enough to kill the entire population of Ohio many times over.

Investigators seized over 44 pounds of fentanyl in an Ohio drug bust, a quantity large enough to wipe out the state's entire population "many times over," officials revealed Wednesday.

"Twenty kilograms of fentanyl is enough to kill the entire population of Ohio, many times over," Vance Callender, the Homeland Security Investigations special agent in charge for Michigan and Ohio, said in a statement.

"The quantity of fentanyl in this case amounts to chemical warfare and a weapon of mass destruction," Ohio Attorney General Dave Yost said. "I applaud the work of our task force and our law enforcement partners – this is an enormous amount of deadly drugs that will no longer be on our streets."

"This multi-million dollar fentanyl seizure clearly shows the enormity of the opioid problem in this area," Acting Special Agent in Charge Joseph M. Deters of the FBI's Cincinnati Division added. "Law enforcement will continue to work aggressively to address the illegal drug supply, but there is also a continuing need to address demand as well."

Ohio was one of four states in the U.S. — along with Pennsylvania, Massachusetts and New Hampshire – that saw an increase of more than 500 fentanyl-related incidents from 2014 to 2015, according to the latest data available from the U.S. Centers for Disease Control and Prevention.

Most recently, the state grappled with a surge of overdoses linked to fentanyl, resulting in six deaths over the span of 24 hours this past September. Prior to that, in July, nine people died from overdoses in a two-day period.