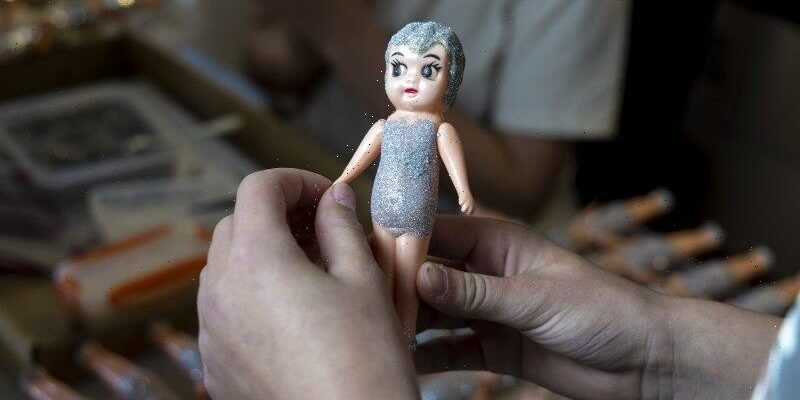 At this time of year, Lauren Stott often turns up to work with glitter on her clothes and feathers in her hair.

She’s not secretly a showgirl – rather, in her spare time, she and her family prepare cupie dolls to sell at the Royal Melbourne Show, which is now one month away. 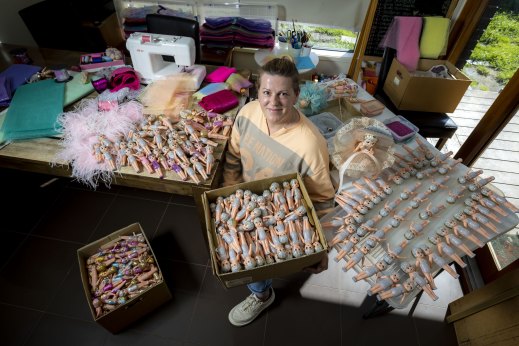 Lauren Stott and some of the 1500 cupie dolls she is clothing for sale at the Royal Melbourne Show.Credit:Wayne Taylor

Stott refers to this frantic annual season, in which the kitchen and dining area of her Sunbury home houses a glittering production line, as “doll time”.

Like the costume designer of a miniature chorus line, Stott sometimes sews outfits and glues on glitter into the wee hours, racing to ready the cute toys by the time the Show opens on September 22.

That’s on top of raising four children and her day job as co-ordinator for two Pilates studios. At the Show, Lauren helms on the family stalls for all 11 days – sometimes for 14 hours a day.

She is continuing a Stott family tradition of over 70 years. Lauren’s husband Duane’s late grandparents Edie and Lindsay Stott once ran 11 stalls at the showgrounds. 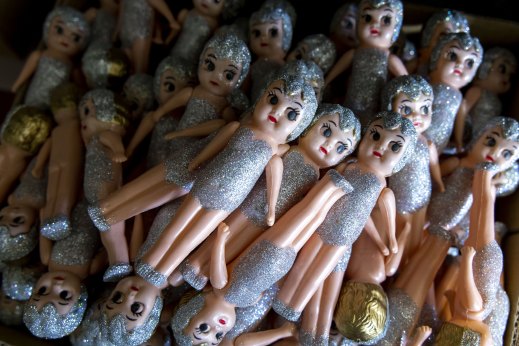 Lauren and Duane’s daughter Indy, 14, will this year be the fourth generation of the Stott family to work on their now-two outdoor stands at the showgrounds.

On the home production line, Indy and sister Tyler, 12, paint glitter on the dolls while sister Marley, 10, and brother Hunter, 9, do odd jobs.

Stott uses the word “cupie” – short for cupid or cutie-pie – used by Edie and Lindsay, rather than the better-known term kewpie.

Lauren has fond memories of, when first dating Duane 25 years ago, joining Edie’s production line in Edie’s Maidstone backyard to make little circle dresses and put them on dolls. 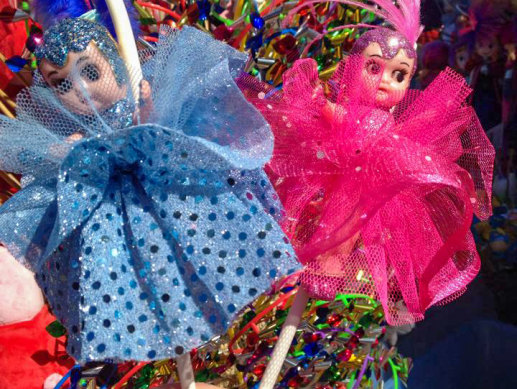 Examples of the finished cupie dolls.

According to a Royal Agricultural Society of Victoria profile, Edie would sew the dresses from fabric scraps, lace and ribbons while Lindsay painted on glitter and attached wings and bonnets.

While Edie favoured white and pastels, Lauren also uses bolder colours like hot pink. Lauren tends to dress the dolls’ heads in feathers, sequins and beads rather than Edie’s bonnets.

Before the pandemic, Stott would prepare about 1200 dolls, but this year she is aiming for 1500.

She believes that because children’s entry to the Show will be free, families will have more cash to spend on toys. 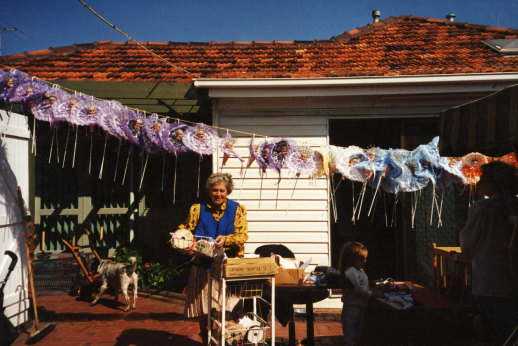 Edie Stott with cupie dolls hanging in her Maidstone backyard in the late 1980s.

There’s also people’s “desire to get out and about and enjoy the show” after two years of the event’s cancellation.

A typical customer is a grandmother or great-grandmother giving a doll to a child.

One elderly woman comes every year, “and only buys a Kit Kat showbag and a cupie doll”.

Some elderly people say they couldn’t afford a doll when they were children – they were about $5 each and seen as expensive. Today, a doll costs $15 and they usually sell out. 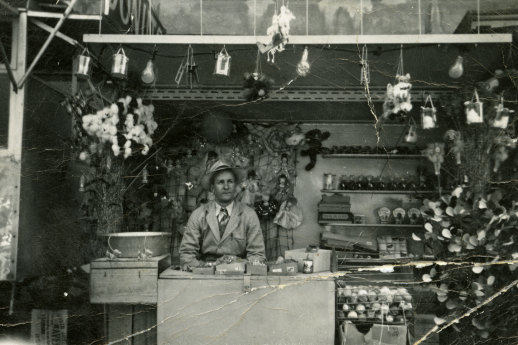 Lindsay Stott at the Royal Melbourne Show in the 1940s.

Will she continue to do this? “Don’t ask me after the end of the Show because I might say ‘no’. There’s a lot of stuff to organise, especially on your own,” Stott says.

“It’s crazy, but I do love it. It’s something where I can challenge my mind and my ability and get a little bit of creative design happening.

“And it’s a complete sea change. Stepping out of what you’re used to every day into something completely different.” 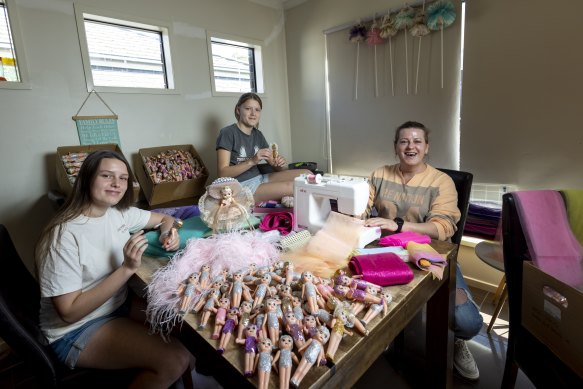 “It’s a lot of work, so once the show is ended, it’s a big relief. I’ll have a good cup of coffee and put the feet up. It’s ‘leave me alone for a few days’.”

Your essential guide to the best things to see and do in and around the city. Sign up to our Culture Fix newsletter here.