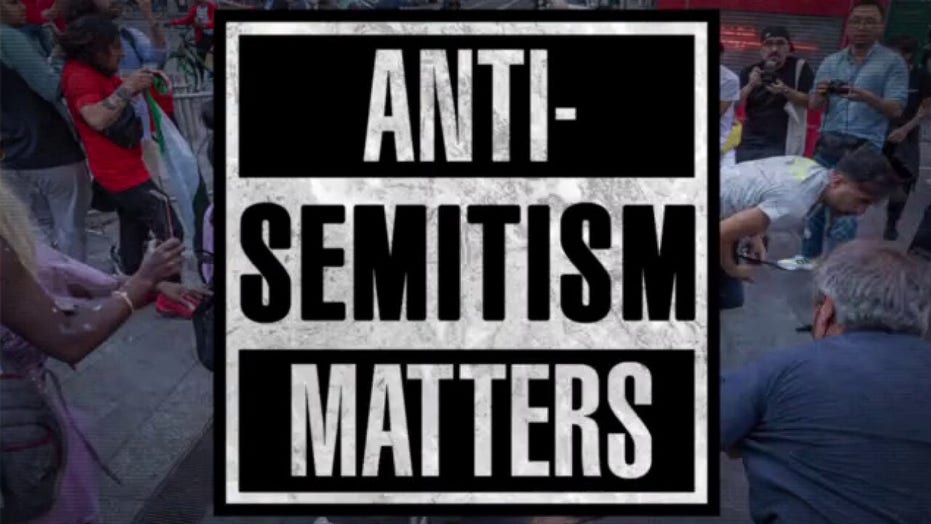 Ingraham: Violence against Jewish Americans erupts across the country

The NYPD released photos of the four men wanted in connection with Thursday’s vicious beating of a Jewish man near Times Square. 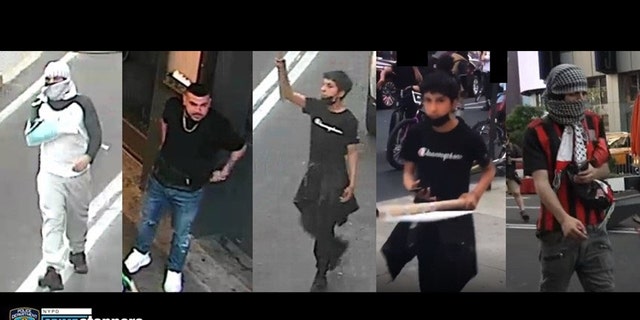 Joseph Borgen, 29, said he was at 49th Street and Broadway, walking to a pro-Israel rally when he was set upon by a mob that kicked and beat him.

“I felt a liquid being poured on my face and at first I thought I was getting urinated on, but it tuned out I was getting maced and pepper sprayed. My face was on fire. That pain was worse than the concussion and all this other stuff that followed.” Borgen, an Upper East Side resident told The Post.

He said the incident made him rethink wearing his yarmulke in public.

Police said the mob made anti-Semitic statements during the attack and also used crutches to beat Borgen.

Police charged one suspect, Waseem Awawdeh, of Bay Ridge, with assault as a hate crime, gang assault, menacing, aggravated harassment as a hate crime and criminal possession of a weapon. Awawdeh, 23, is awaiting arraignment in Manhattan Criminal Court.

Anyone with information on the other four suspects is asked to call the NYPD’s Crime Stoppers Hotline at 1-800-577-TIPS or go to the CrimeStoppers website.