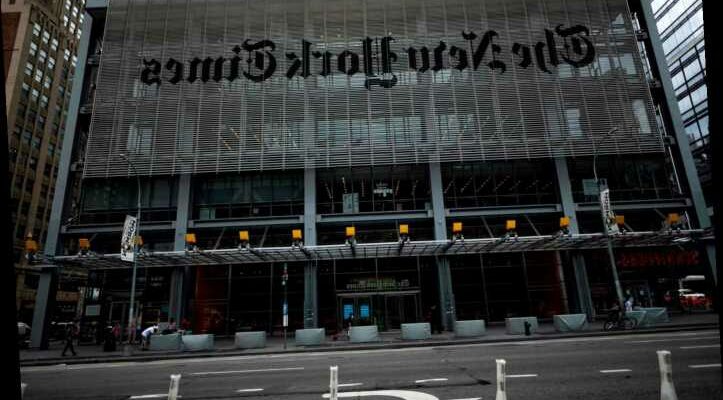 Tense times at the Times and other commentary

Racial tensions continue to simmer inside the New York Times, with some current and former staffers outraged anew over a recent Facebook poll seeking to define an “appropriate” use of the N-word, The Post has learned.

The poll — created by Matt Wald, a retired Times energy reporter who administers a private Facebook group for current and former Times staffers — marks the latest fallout from the controversial ouster of health reporter Donald McNeil over his use of the epithet during an education trip to Peru in 2019.

“In light of the continuing disagreement about the n-word (‘use’ is off the table, but some members of the group object to seeing it on the screen even in the context of discussing the word itself (we are seeing everyone’s opinion,” Wald wrote recently in introducing the poll, according to a screenshot obtained by The Post.

The poll asked that members choose one of three responses or add their own, according to screenshots. The first option was “There is no appropriate reason to use the word in this FB discussion group.” The second option was “The word should never be used in referring to a person, but if the word itself is the subject of discussion, it may be used.”

A final alternative was: “Never used by a White man or woman. Ever.”

The poll initially got a healthy response, with the first option getting 32 votes, the second getting 31 and the third option getting just four votes. But members of the group soon began blasting it as “hurtful” and “misguided,” according to screenshots of the discussion provided to The Post.

“The poll was extremely hurtful and unnecessary,” wrote Liz Robbins, a former metro reporter who teaches at Columbia Journalism School.

David Gonzalez, a visual reporter on the metro desk, chimed in with, “There has been a lot that has been hurtful and unnecessary.”

Anne Barnard, a climate and environment reporter and past Beirut bureau chief, added. “The idea that a majority vote is even remotely a way to address this is…extremely misguided. It implies a white person’s view should weigh as heavily as a black person’s on an issue that has far greater impact on black colleagues.”

She continued: “… adjectives fail me that so many white colleagues (many are former colleagues) continue to chatter about this on here, even now, as a thing to debate,” Barnard continued. “As if even now, their colleagues’ reality is invisible or irrelevant, along with their explicit pleas to stop inflicting pain on this point.”

“I vote to not refer to Hispanics as ‘spics,’” added Frenchie Robles, a national and foreign correspondent based in Florida.

Wald, when called for comment on the latest uproar, replied, “I’m afraid I can’t help you.”

The private Facebook page is a popular forum for insiders to debate internal politics and other hot topic issues. It was at the center of a war that the broke earlier this month over whether McNeil’s ouster was even justified, according to posts reviewed by conservative Web site Washington Free Beacon.

McNeil has said he used the epithet after a student on a Times-sponsored educational cruise to Peru had asked him “whether I thought a classmate of hers should have been suspended for a video she had made as a 12-year-old in which she used” the N-word.

But the Daily Beast, which broke the story that led to McNeil’s resignation, said parents and students complained about McNeil’s comments generally.

“I would change the journalist. He was a racist,” another person wrote. “He used the ‘N’ word, said horrible things about black teenagers, and said white supremacy doesn’t exist.”

That led to a letter to Times honchos signed by 150 staffers demanding that McNeil be “disciplined.”