A nurse at a government hospital in India is said to have ‘decapitated a baby while pulling too hard during a difficult birth’.

The mother, who has been named by local media as ‘Dikhsha Kanwar’ is reportedly fighting for her life in hospital following the incident.

During the delivery a male nurse pulled at the foetus so hard that it broke into two parts, it was reported.

Following the incident which reportedly happened on January 6, the nurse and a colleague took the torso of the baby to the mortuary of the hospital in Ramgarh in Rajasthan’s Jaisalmer district. 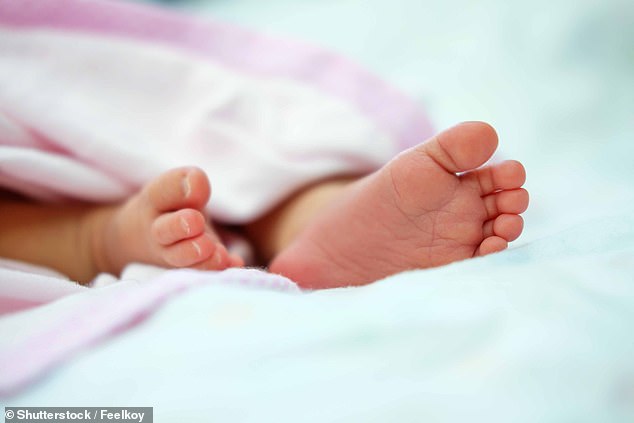 The mother, who has been named by local media as ‘Dikhsha Kanwar’ is reportedly fighting for her life

The woman was then taken to Jawahar Hospital for further treatment after staff said there had been a ‘complication’ with the birth.

Speaking to the Hindustan Times Dr Ravindra Sankhla, a gynecologist at Jawahar Hospital said the staff at the health centre informed him that they had completed the delivery but left the placenta in the womb.

Dr Sankhla said he realised there was something ‘horribly wrong’ when he attempted to remove the placenta, who then referred her to the Ummed Hospital in Jodhpur’.

Doctors conducted an operation and found the foetus’ head in the womb. The doctors informed the woman’s relatives and the family members.

A case has been opened against two male nurses but police are yet to arrest them.

The man in charge of the heath centre in Ramgargh, Dr Nikhil Sharma, said he wasn’t present at the time of the incident.

Jalam Singh, sub-inspector and investigating officer of the case, said on behalf of Diksha, her husband Tilok Bhati lodged a complaint against Amritlal and Junjhar Singh, the two male nurses.

Mr Bhati alleged that the nurses at the Ramgarh centre were drunk.

‘When questioned, the hospital staffers handed over the lower part of the foetus to us.

‘No arrest has been made so far’, he added.