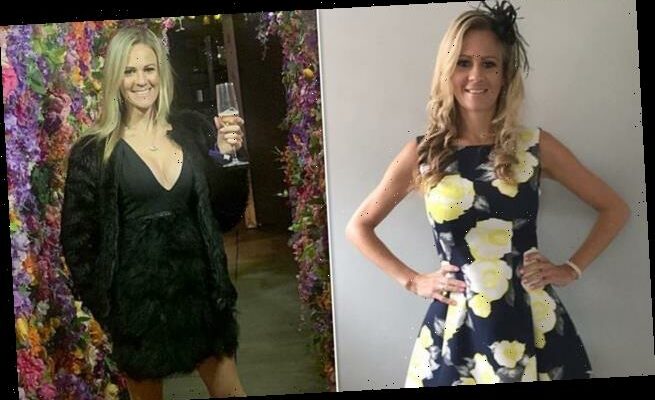 NHS nurse and mother of three, 33, was found dead by her husband while her children slept upstairs after ‘fun night’ with her family, inquest hears

A ‘beloved’ nurse and mother of three was found dead by her husband as their children slept, following a ‘fun night’ with her family, an inquest heard.

The 33-year-old, who worked at Diana, Princess of Wales Hospital, had enjoyed an evening with her family during the school half-term in February last year.

Police investigators concluded there were no suspicious circumstances. Bethany Clark had enjoyed a ‘fun night’ with her family, hours before she was found dead by husband Jonathan

Hours earlier she had sent messages to relatives on social media, including her son who was staying with grandparents, which had not raised suspicions.

Grimsby and North Lincolnshire coroner Mark Kendall said her demeanour had not given rise for concern and had left no note.

He said: ‘Given the lack of any notes and the quantity of alcohol, I do not feel that she intended to die by her actions.

‘All we have are the facts themselves. I do not know what she was thinking when she took those actions.’

He passed his condolences to Bethany’s family who appeared at the hearing on a video link and paid tribute in the inquest.

He said she had suffered from palpitations and had received a letter from a cardiologist three to four days before her tragic death, to book an appointment.

Bethany had also been seen by a neurologist about a suspected blood clot on her brain in 2015, which she thought was responsible for her suffering from temporary vertigo at times.

The young mother also had an eating disorder which was not formally diagnosed and she had told specialists she was eating healthily. Mr Clark added: ‘She did not think she would make 40 years. She had palpitations and had concerns about those two issues.

He told how they had watched a documentary about Tyson Fury on TV and had let two of the children stay up late because it was half term.

He discovered his wife at around 1.20am.

PC Oakley Aisthorpe of Humberside Police told the inquest there were no suspicious circumstances nor third party involvement.

Her cousin Andy Edwards said: ‘When you read articles on pages like this and they say they will leave a massive hole in a family I can honestly say this couldn’t be more true about my little cousin, she’s had a heart of gold the most bubbly personality ever and my daughters will miss their crazy auntie Beth massively as we all will.’

For confidential support, call the Samaritans on 116123 or visit a local Samaritans branch. See www.samaritans.org for details