A hit-and-run thug who knocked a university student unconscious and left her with a broken leg after ploughing into her with his bicycle is being hunted by police.

The 19-year-old undergraduate had been walking with friends when she was mown down by the cyclist on the University of Nottingham campus.

The yob then told her ‘you’ve broken my bike’ before he cycled away from the scene near the university’s boating lake, leaving the victim lying unconscious in the street.

The teenager, who does not wish to be named after suffering anxiety since the incident, was rushed to Nottingham’s Queen’s Medical Centre for treatment. 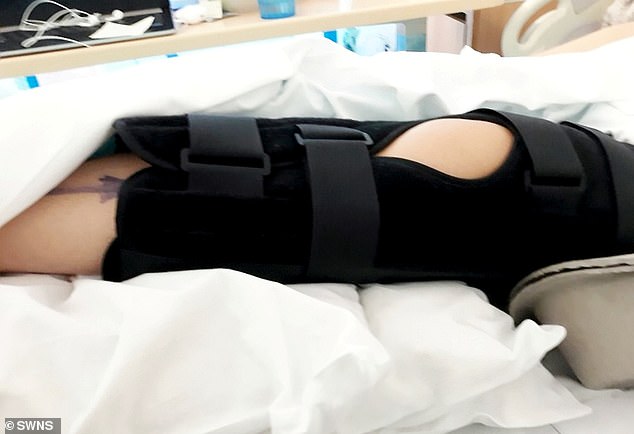 She suffered a fractured shinbone up to her knee which required a bone graft, as well as plates and pins being inserted.

A dramatic photo also showed a bloodied bruise running up her arm.

The student’s mother has now spoken of her anger after the callous thug failed to stop while her daughter lay motionless on the ground.

The 35-year-old said she had been working in Birmingham when she received a phone call on September 20 saying her daughter had been seriously hurt.

‘I felt horribly hopeless when I took the phone call,’ she said.

‘Although I wasn’t too far away, I couldn’t get over to Nottingham to go and look after her with the Covid guidelines in place. 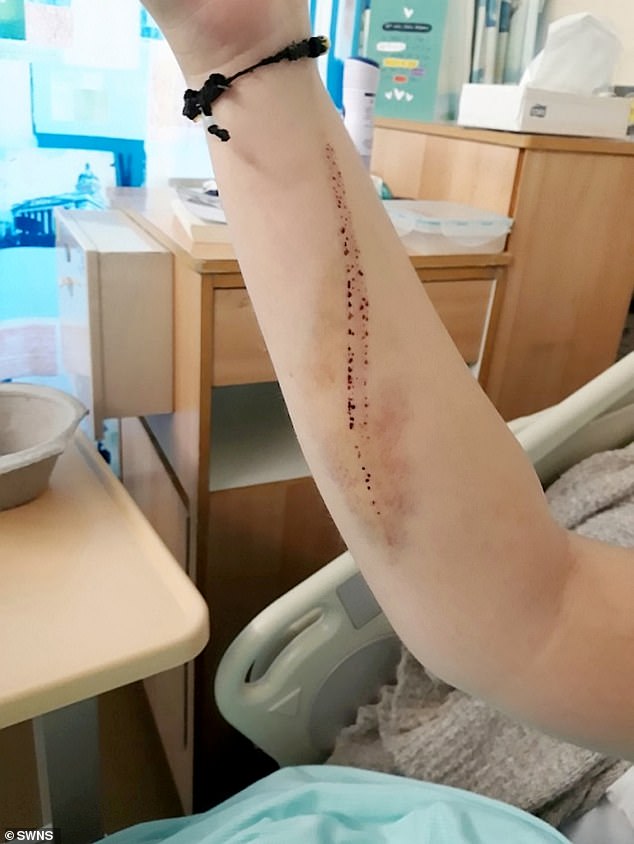 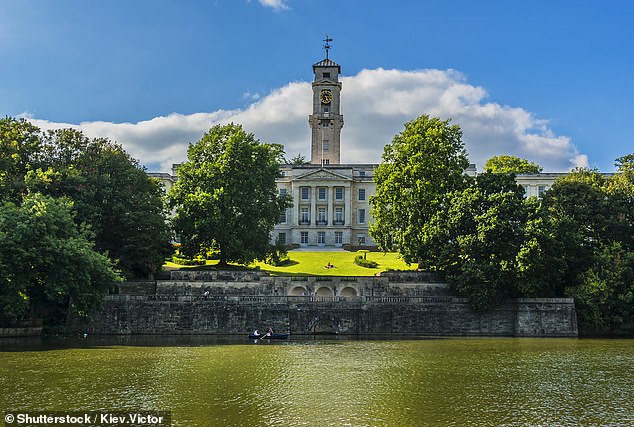 ‘The whole incident has affected her life. She’s missed out on her studies and had planned to do voluntary work to help her with her degree.

‘Since the surgery she has been left with numbness around her knee and has been told surgery could have damaged her nerve sensation.

‘It could take up to two years for the feeling to come back.

‘She has been left with a big scar from the side of her knee down to her shin bone as a result of the incident.

‘She is managing well although she can’t sit for too long in the same position as it is uncomfortable and painful at times so she needs to take more breaks in-between her work.

‘The whole experience has made her feel very anxious too.

‘She’s had to go through quite a rigorous rehab programme and still struggling to put weight on her leg. It’s going to be a couple more months until she’s able to walk again. 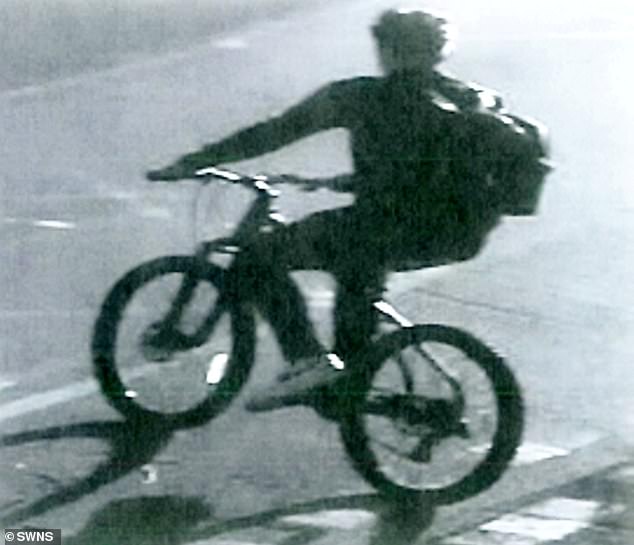 The yob, pictured above, then told her ‘you’ve broken my bike’ before he cycled away from the scene near the University Boating Lake, leaving the victim lying unconscious in the street

‘I was absolutely shocked and so angry to hear that the cyclist didn’t stop and show remorse.

‘Instead he offered to pay for a taxi and then abused another lady who tried to help her.

‘I hope by releasing images of her injuries, it might help jog people’s memories and we can find the man involved.’

Nottinghamshire Police are now appealing for anyone who saw the incident to come forward to help with their enquiries.

Police Constable Owen Lewis, who is leading the investigation, said: ‘It was reported the cyclist hit the woman whilst travelling at speed.

‘The victim was knocked unconscious and had to attend Queen’s Medical Centre following the collision.

‘She needed to have surgery after suffering broken bones in her leg, as well as suffering other cuts and bruises. 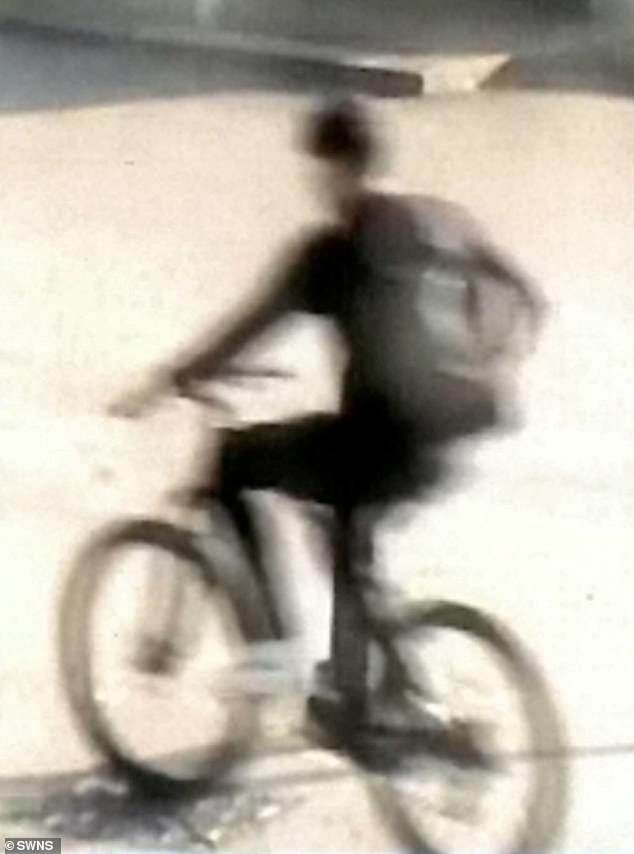 ‘It’s hugely disappointing that the cyclist didn’t stop and help the woman following the incident.

‘I’d like to thank those members of the public who did come to her aid and ensure an ambulance was called.’

The constable added that the cyclist also fell off his bike after hitting the student and he allegedly said he could not stop because his brakes did not work.

Police have issued two images of the cyclist and hope it will ‘trigger someone’s memory’, the officer added.

‘The victim is making steady progress with her rehabilitation, but still in a lot of discomfort.

‘She is expected to need further physiotherapy, with the hope she will gain full mobility next year.

‘We wish her well in her future studies and also with her recovery.’