HANOI/ABOARD AIR FORCE ONE (Reuters) – North Korean leader Kim Jong Un arrived in Vietnam on Tuesday for a summit with U.S. President Donald Trump where they will try to reach an agreement on a North Korean pledge to give up its nuclear weapons program.

Trump is due to arrive in the Vietnamese capital, Hanoi, on Tuesday evening.

They will meet for a brief one-on-one conversation on Wednesday evening, followed by a social dinner, at which they will each be accompanied by two guests and interpreters, White House spokeswoman Sarah Sanders told reporters on Air Force One.

The two leaders would meet again on Thursday, she said.

Their talks come eight months after their historic summit in Singapore, the first between a sitting U.S. president and a North Korean leader.

There is likely to be pressure on both sides to move beyond the vaguely worded commitment they made in Singapore to work toward complete denuclearization of the Korean peninsula.

Domestic critics have warned Trump against cutting a deal that would do little to curb North Korea’s nuclear ambitions, urging specific, verifiable North Korean action to abandon the nuclear weapons that threaten the United States.

In return, Kim would expect significant U.S. concessions such as relief from punishing sanctions and a declaration that the 1950-53 Korean War is at last formally over.

Kim, who traveled from the North Korean capital by train, arrived at the station in the Vietnamese town of Dong Dang after crossing over the border from China.

Vietnamese officials were on hand to receive him at the station with a red-carpet including a guard of honor and North Korean and Vietnamese flags flying.

Kim’s sister, Kim Yo Jong, who has emerged as an important aide, arrived with him.

About a dozen body guards ran along side his car as he departed for the two hour journey to the capital, Hanoi.

Roads were closed off with Vietnamese security forces equipped with armored-personnel carriers guarding the route to the city’s Melia hotel where he is staying.

Both Kim Jong Un and Trump are also due to hold separate talks with Vietnamese leaders.

U.S. Secretary of State Mike Pompeo also arrived in Hanoi, on Tuesday. He has been Trump’s top envoy in his efforts to improve ties with the reclusive North and has made several trips to Pyongyang to negotiate an ending of its nuclear program.

Pompeo was due to met U.S. Special Representative for North Korea Stephen Biegun in Hanoi later. 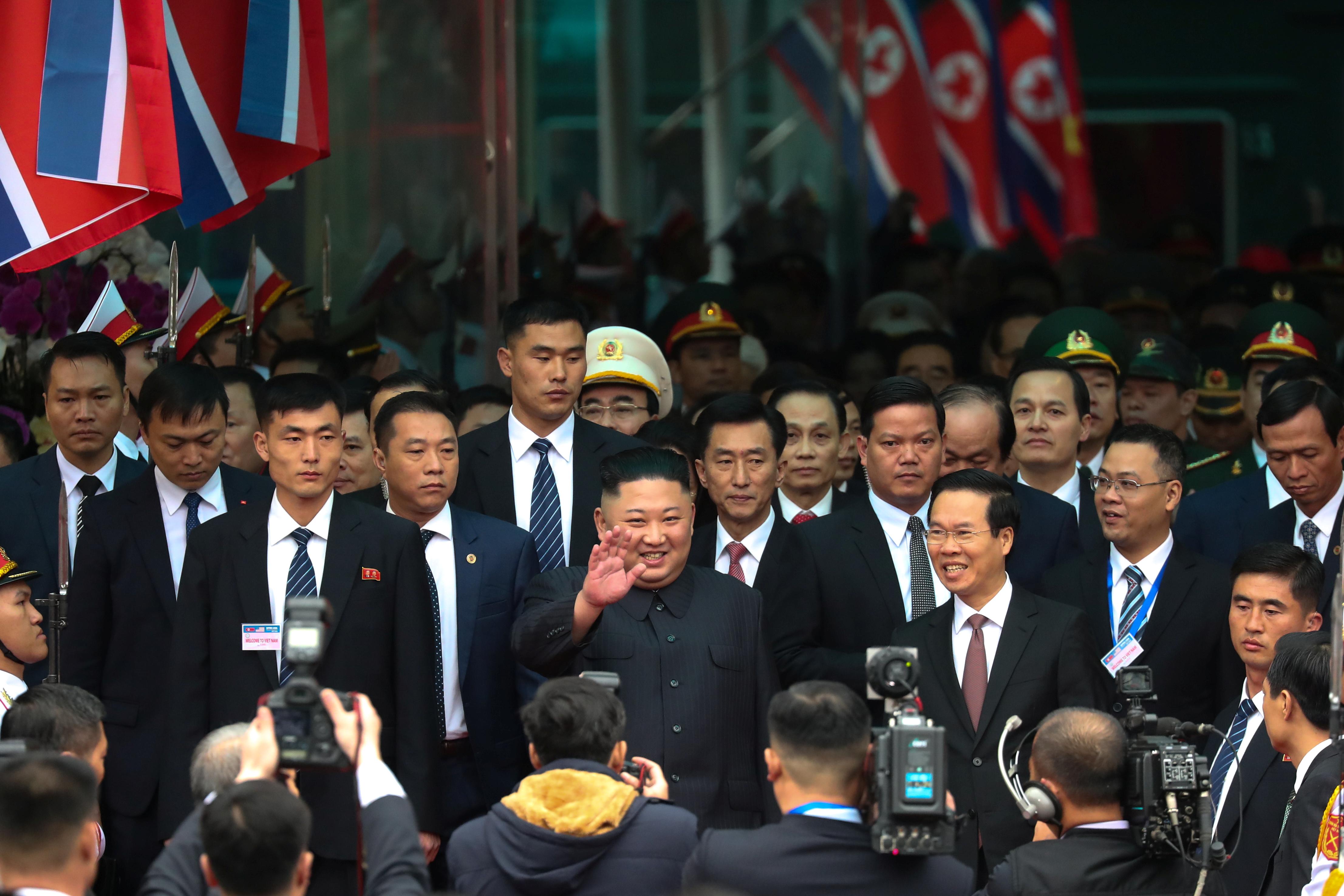 Trump told reporters he and Kim would have “a very tremendous summit”.

Tweeting on Monday, he stressed the benefits to North Korea if it gave up its nuclear weapons. “With complete Denuclearisation, North Korea will rapidly become an Economic Powerhouse. Without it, just more of the same. Chairman Kim will make a wise decision!” Trump said.

In a speech on Sunday night, Trump, however, appeared to play down any hope of a major breakthrough at the Hanoi summit, saying he would be happy as long as North Korea maintained its pause on weapons testing.

Analysts say the two leaders have to move beyond summit symbolism.

“The most basic yet urgent task is to come to a shared understanding of what denuclearization would entail,” said Gi-Wook Shin, director of Stanford’s Asia-Pacific Research Center.

“The ambiguity and obscurity of the term ‘denuclearization’ only exacerbates the scepticism about both the U.S. and North Korean commitments to denuclearization.” 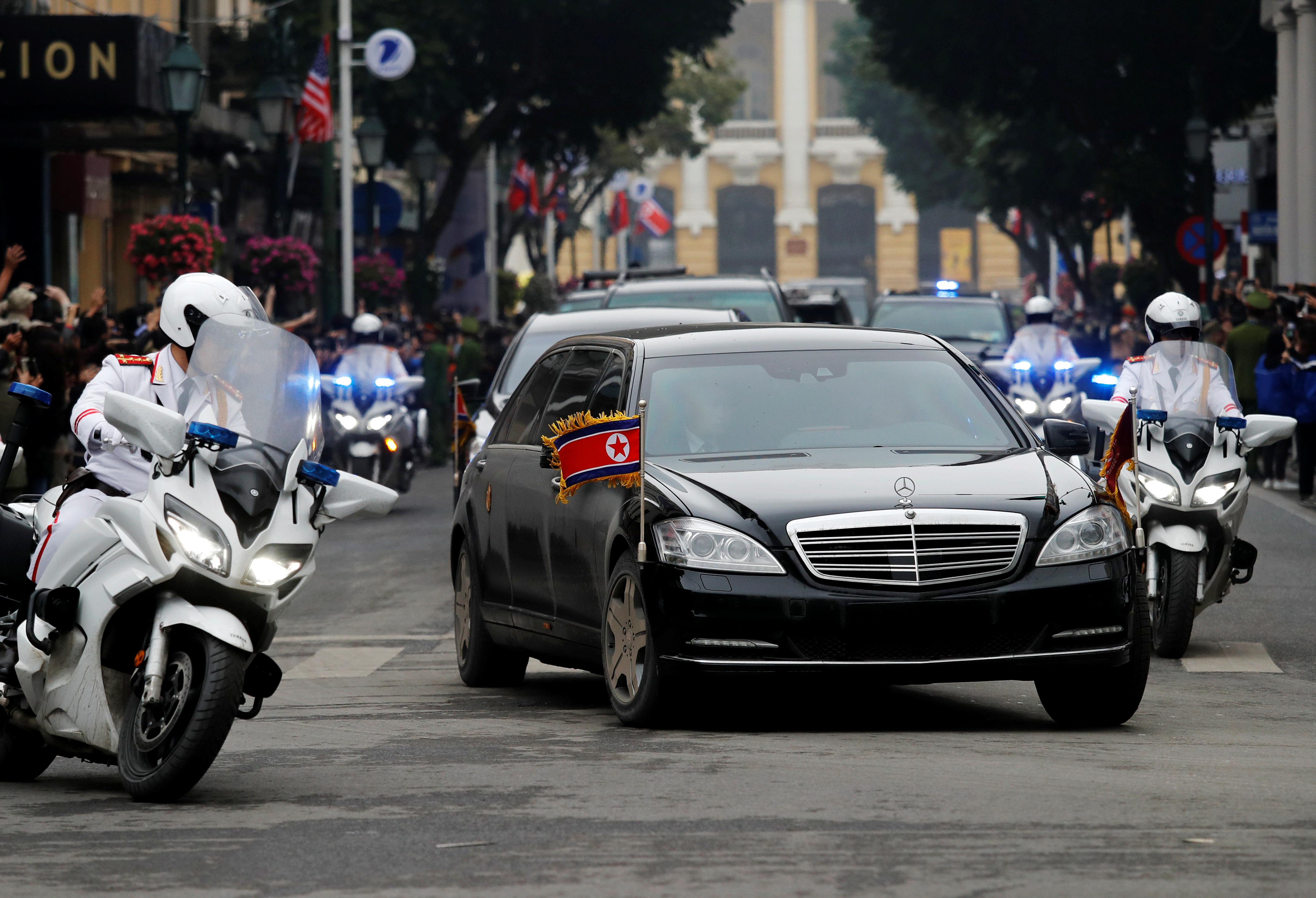 While the United States is demanding that North Korea give up all of its nuclear and missile programs, North Korea want to see the removal of the U.S. nuclear umbrella for South Korea.

A South Korean presidential spokesman told reporters in Seoul on Monday the two sides might be able to agree to a formal end of the Korean War, which was concluded with an armistice not a peace treaty, a move North Korea has long sought.

While a formal peace treaty may be a long way off, the two sides have discussed the possibility of a political declaration stating that the war over.