Seoul: North Korean propaganda outlets have lashed out at the United States for pressuring the communist nation over human rights issues, calling it an "intolerable insult" and "political provocation." 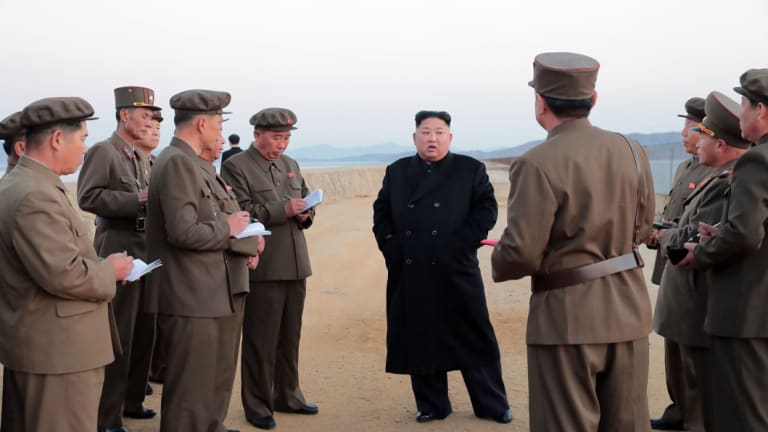 Kim Jong-un, centre, listens to a military official as he inspects a weapon testing at the Academy of National Defence Science, North Korea.Credit:AP

The US has recently renewed its designation of the North as one of the worst human trafficking countries and a violator of religious freedom, and slapped sanctions on Choe Ryong-hae, a close aide to North Korean leader Kim Jong-un, for human rights abuses.

"The US's intention lies in condemning our country as a human trafficking country, making a scratch on our republic's image and thereby creating a mood for sanctions pressure," Uriminzokkiri, one of the North's propaganda websites, said in an article.

Other propaganda websites, including Meari, have been carrying similar articles since early this week.

The US said it would continue to urge North Korea to address its human rights abuses. 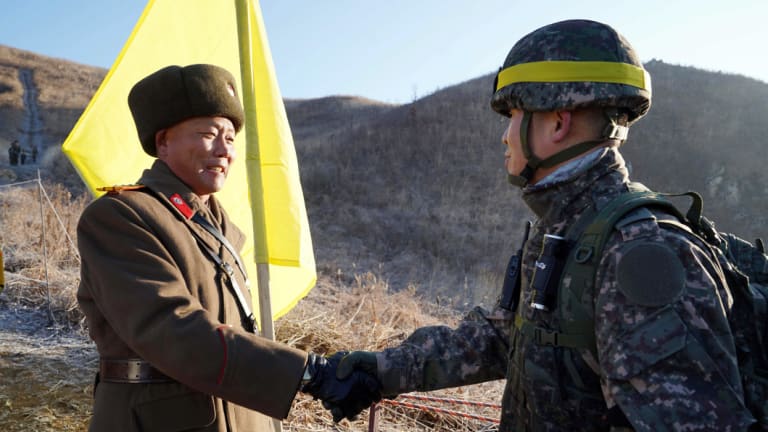 These measures came amid a deadlock in nuclear negotiations between Washington and Pyongyang. North Korea wants the US to ease sanctions in exchange for the denuclearisation steps the regime has taken so far, but the US insists that sanctions relief is possible only after the North's complete denuclearisation.

The North has claimed that the US taking issue with its human rights situation is a tactic to draw concessions in the stalled denuclearisation talks.