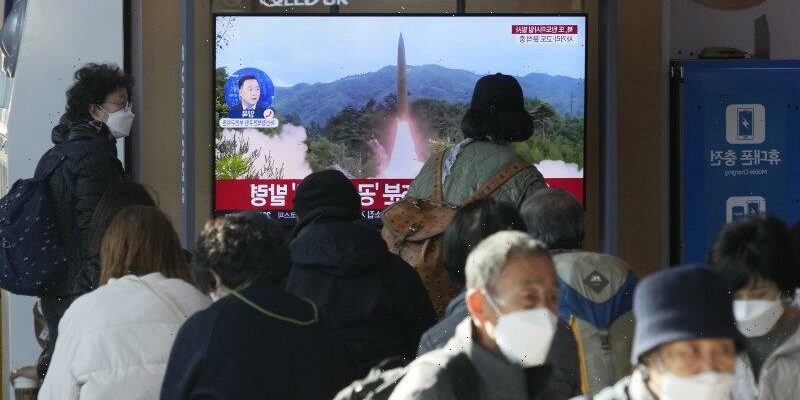 Seoul, South Korea: South Korea says North Korea has fired a total of more than 10 missiles off its eastern and western coasts.

South Korea’s military said the missiles of various kinds flew toward the Korean Peninsula’s eastern and western coasts, but gave no further details.

Earlier South Korea’s military said it detected the three North Korean short-range ballistic missiles fired off the peninsula’s eastern coast. One of the missiles landed near the rivals’ sea border, prompting South Korea to issue an air raid alert on one of its islands. 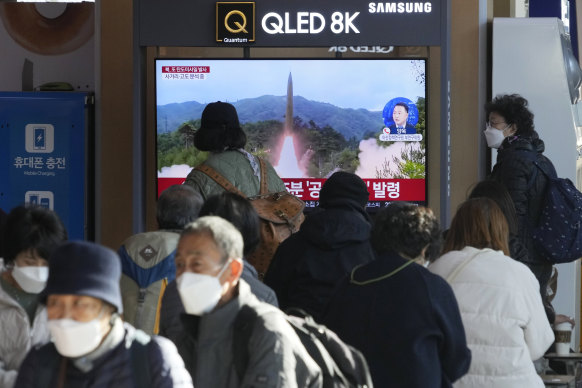 A TV screen shows a file image of North Korea’s missile launch during a news program at the Seoul Railway Station in Seoul.Credit:AP

The launches came hours after North Korea issued a veiled threat to use nuclear weapons to get the US and South Korea to “pay the most horrible price in history” — an escalation of its fiery rhetoric targeting the ongoing large-scale military drills between its rivals.

South Korea’s Joint Chiefs of Staff said in a statement North Korea fired the missiles from its eastern coastal area of Wonsan on Wednesday morning.

The Joint Chiefs of Staff said one of the missiles landed in the international waters 26 kilometres south of the Koreas’ eastern sea border and 167 kilometres northwest of South Korea’s Ulleung island. It said it has issued the air raid alert on the Ulleung island.

Animosities on the Korean Peninsula have been running high in recent months, with North Korea testing a string of nuclear-capable missiles and adopting a law authorising the preemptive use of its nuclear weapons in a broad range of situations. Some experts still doubt North Korea could use nuclear weapons first in the face of US and South Korean forces.

North Korea has argued its recent weapons tests were meant to issue a warning to Washington and Seoul over their series of joint military drills that it views as an invasion rehearsal, including this week’s exercises involving about 240 warplanes.

Pak also accused the Pentagon of formulating a North Korean regime collapse as a major policy objective in an apparent reference to the Pentagon’s recently released National Defence Strategy report. The report stated any nuclear attack by North Korea against the United States or its allies and partners “will result in the end of that regime”.