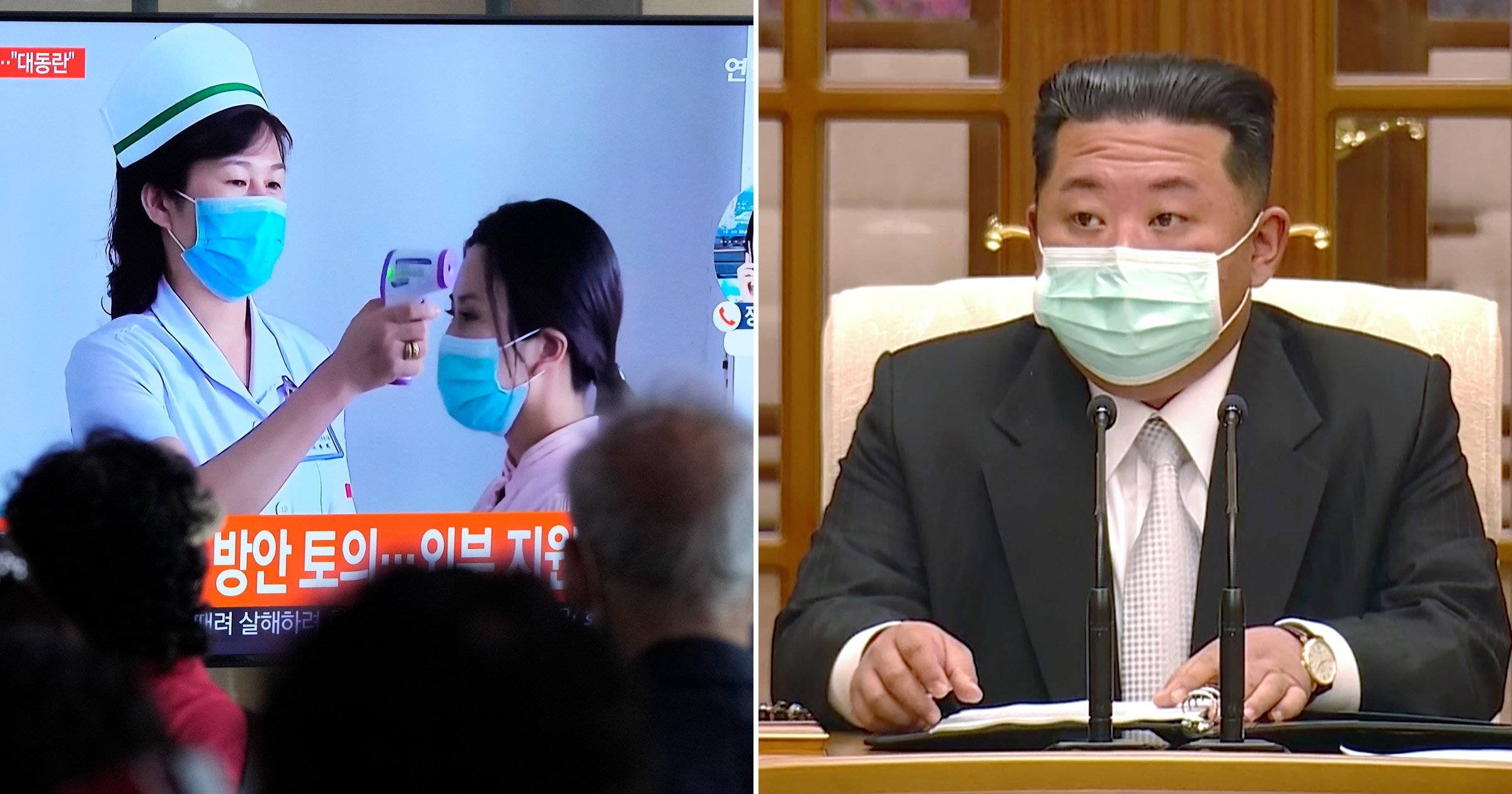 Spiralling numbers of Covid cases have led to a major medical mobilisation in North Korea.

State media has confirmed 15 more deaths and says hundreds of thousands of patients are struggling with ‘high fevers.’

Yesterday, Kim Jong-un conceded the outbreak was a ‘great disaster’.

The admission follows contentious claims North Korea had been ‘coronavirus-free’ during the last two years.

A fever has reportedly spread through the country ‘explosively’ since April, but little has been disclosed on the exact number of positive cases.

The confirmed number of fatalities in North Korea stands at 42.

And according to the Korean Central News Agency, the number of people with ‘high fevers’ has now reached 820,620.

The numbers of positive Covid-19 cases may have not been revealed due to the fact health chiefs lack enough testing kits, experts say.

A humanitarian crisis could soon loom for North Korea if case numbers continue to accelerate at such a high rate.

The majority of the nation still remains unvaccinated.

‘But with such a very inferior and inaccurate method of examination, it’s impossible to find asymptomatic virus carriers and control viral surges.

‘As North Korea’s [suspected] Covid-19 infections are explosively increasing, its death toll is expected to continue to rise.’

North Korea’s previous coronavirus-free claim had been disputed by many foreign experts.

But South Korean officials said North Korea had indeed likely avoided a huge outbreak, in part because it instituted strict virus controls almost from the start of the pandemic.

North Korea has been in lockdown since Thursday in a bid to contain the virus.

South Korea and China have previously offered in vain to send vaccines, medical supplies and other aid shipments to North Korea.

The nation also denied the chance to be sent millions of vaccines offered by the UN distribution program.

It is thought this is due to North Korea’s widespread mistrust of the vaccine’s potential side effects.

There are questions on what financial impact coronavirus will have if it is not contained swiftly.

The country’s economy is already ‘fragile’ due to economic sanctions made against its nuclear programme and previous pandemic-related border shutdowns.

Kim has made numerous threats in relation to his arsenal of weapons, and warned he was prepared to use nukes ‘preemptively’ to ‘thoroughly contain and frustrate all dangerous attempts and threatening moves’.

Leif-Eric Easley, a professor of international studies at Seoul’s Ewha Womans University, said coronavirus could lead to a major shift in public opinion.

He said: ‘Kim regime’s domestic audience may be less interested in nuclear or missile tests when the urgent threat involves coronavirus rather than a foreign military.’