Theresa May has named her date with destiny, promising a vote on her friendless Brexit deal beginning January 14.

In a double blackflip, Labour leader Jeremy Corbyn planned then backed away from tabling a no-confidence motion upon hearing the new timetable for the vote but then later submitted one against Theresa May as prime miniser, rather than one in the government as a whole. 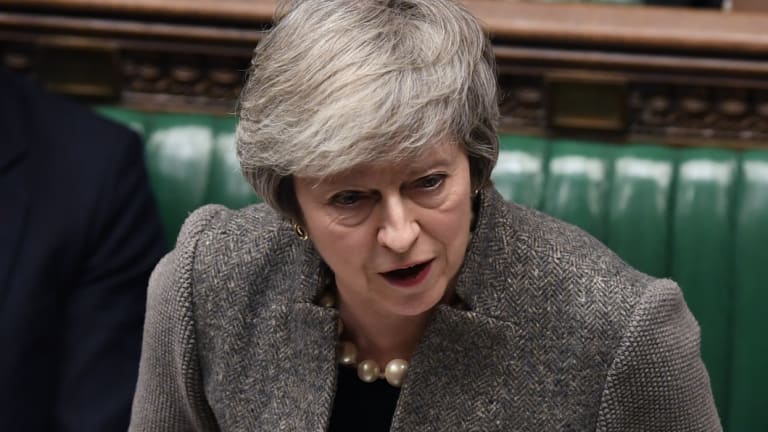 Britain’s Prime Minister Theresa May delivers a speech in the House of Commons.Credit:AP

Labour MP Mary Creagh said a vote was due on Tuesday evening. Because the motion is in the prime minister personally it would not lead to a general election.

But in a significant shift, the driver of last week's attempted leadership change, Jacob Rees-Mogg said the prime minister enjoyed his personal confidence.

In another marathon statement extending nearly three hours to the Commons, the British prime minister said she had "robust" exchanges at Friday's meeting with European leaders, confirming what appeared to be a testy exchange with Jean-Claude Juncker, the president of the European Commission. 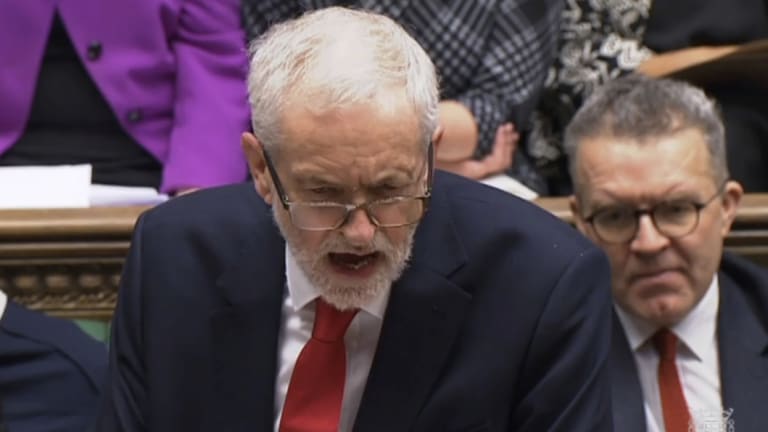 She told MPs that the EU leaders were adamant that they did not want to trigger the so-called Northern Ireland backstop.

That clause would keep the province in the customs union if the EU and UK failed to agree on a future trade deal by the time the implementation period expires.

Under the backstop arrangements, Britain would have no say in determining EU regulations but be bound by them.

The prospect of it coming to pass has united Remainers and Brexiteers who fear that UK could be trapped in the Customs Union via the backstop and provide an incentive for the EU to drag its feet in agreeing to a future trade deal.

"My fellow EU leaders could not have been clearer – they do not want to use this backstop," she said.

"They want to agree to the best possible future relationship with us. There is no plot to keep us in the backstop," she said.

But she conceded that this assurance would still not be enough and said further work was underway to allow the parliament to oblige the government to ensure the backstop cannot be used indefinitely.

Last week, May delayed a vote in the parliament on her Brexit deal, because it would have suffered a huge defeat. This triggered a leadership challenge which she survived only narrowly.

Immediately after the result, Jacob Rees-Mogg called for her to resign anyway but on Monday said "may I congratulate the prime minister on winning the confidence of the Conservatives in the House last week and assure she now fully commands my confidence too."

He praised the prime minister's opposition to a second referendum, which he called a "loser's vote." Earlier, May said that another vote would do "irreparable damage to the integrity of our politics, because it would say to millions who trusted in democracy, that our democracy does not deliver."

"Another vote which would likely leave us no further forward than the last," she said.

"And another vote which would further divide our country at the very moment we should be working to unite it."