Pupils have been forced to eat meals with their hands after their school bizarrely banned knives and forks for ‘safety’ reasons – despite the canteen still serving mashed potato.

Pupils at Edgar Stammers Primary Academy in Walsall are having lunch delivered to them in the classroom to ensure they do not mix with children from other bubbles during the Covid pandemic.

A reduced ‘finger food’ menu is being offered, after bosses claimed cutlery risked spreading the virus. However parents were unhappy to discover youngsters had been expected to eat mashed potato in a Yorkshire pudding with their hands. 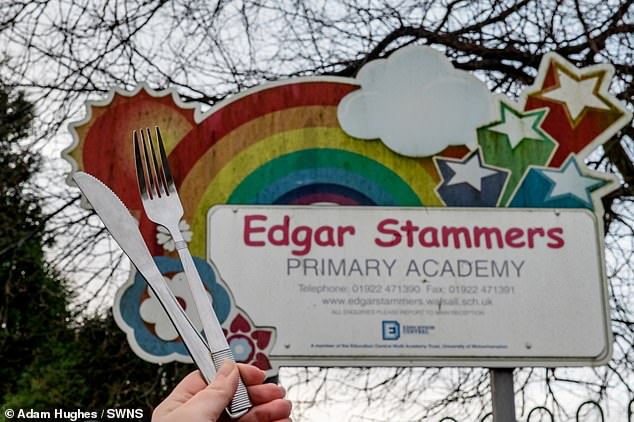 One parent, who did not wish to be named, called the rules an ‘utter joke’.

Headteacher Darren Mann admitted some of the feedback was ‘not positive’, but said it was down to the local academy trust to decide if cutlery could be reintroduced.

In a letter to parents, sent at the end of November, Mr Mann said he had informed the University of Wolverhampton Multi Academy Trust of the desire to bring back cutlery ‘as soon as possible’.

He said: ‘As parents know, we have been trying to increase the amount of hot food in the menu, but with the restriction of it being classed as finger food.

‘Today, as part of the lunch, we had a small amount of mash that was served in a Yorkshire pudding to enable the children to pick it up and eat together.

‘Unfortunately, the feedback from this from some parents and children has not been positive.

‘I have also informed our academy trust of our desire to start using cutlery as soon as possible. As soon as it is deemed safe under their Covid restrictions, we will let all parents and children know.’

Professor Michelle Shaw, CEO at University of Wolverhampton Multi Academy Trust, said picnic lunches were being served in brown bags as plates, hot food and utensils ‘could not be transported around schools safely’. 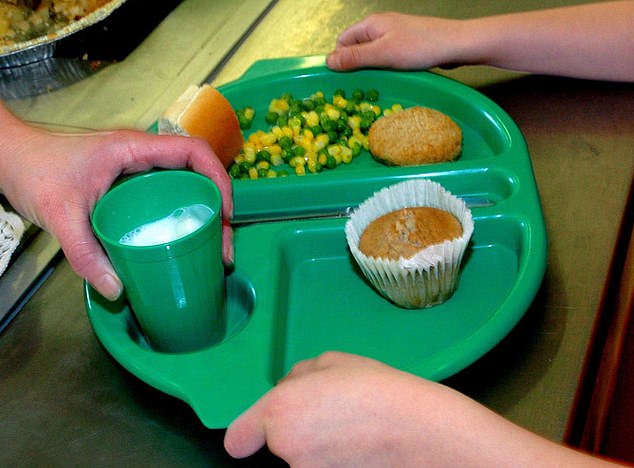 A reduced ‘finger food’ menu is being offered, after the management claimed cutlery risked spreading the virus. File pic

She said pupils washed their hands before and after meals and the use of ‘hard utensils which may spread the virus’ had been limited.

‘All our school leaders work very closely with their catering teams to continue to provide hot meals for our children throughout the pandemic,’ she said.

‘Arrangements at lunchtimes are in place to ensure that children do not mix with children from other bubbles, meaning that children are having their food brought to them in their areas of the school buildings instead of using school dining halls.

‘To ensure that this is done as safely as possible, hot meals are provided in ‘grab bag’ style packaging.

She continued: ‘With health and safety as the priority in all our schools, all of our Covid risk assessments are reviewed regularly and procedures are updated accordingly.

‘We cannot transport plates, hot food and utensils around schools safely, as some have steps, nor can we keep that food at the required temperatures to serve it.’