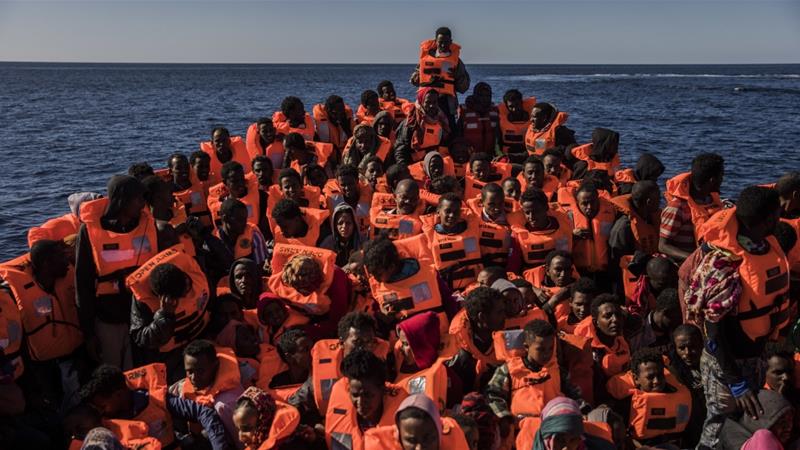 Around 90 people have drowned after a shipwreck off western Libya, according to the International Organization for Migration (IOM).

A spokesperson for the UN-affiliated body said 10 bodies had washed ashore near the town of Zuwara. A fishing boat rescued one survivor, and another two managed to swim to shore.

Pakistan’s Foreign Office said 11 of those killed were Pakistani.

“Eleven Pakistanis feared dead in boat sinking incident off the coast of Libya. [Pakistan] Embassy in Tripoli actively following up. Names and details of the deceased will follow as soon as Foreign Office gets them from Tripoli,” Muhammad Faisal, a Foreign Office spokesperson, said on Twitter.

Two Libyans were also among the dead, the IOM said.

How the boat got into difficulties and ended up capsizing is still unclear.

“We know that the weather was calm, so that’s indicating that the smugglers – who are cavalier to say the least – have hugely overloaded this vessel,” said the IOM’s Leonard Doyle. “We need to get the word out to people, desperate people around the world, who think they are coming to a better life and they are reading about it on social media, that it’s not the case.”

The route from Libya through the Mediterranean to Italy and other European Union states drew nearly 120,000 people in 2017.

As authorities in the EU and Turkey work to clamp down on routes between the Turkish coast and Greek islands, refugees and migrants are looking for alternate routes into Europe.

Libya, with its weak central government and proximity to Italian territory, is increasingly becoming the preferred option for many refugees despite the dangers involved in crossing the Mediterranean.

People smugglers often send refugees on their way on overcrowded and poorly maintained boats that are prone to capsizing or sinking.

The IOM describes the Mediterranean Sea as the world’s deadliest border. The body of water claimed the lives of 3,116 people trying to cross into Europe in 2017.

EU states, including Italy, are working with Libyan authorities to stem the flow of refugees trying to make the journey but Libyan officials say they do not have the resources to tackle the issue.

On January 10, around 100 refugees died when the inflatable boat they were travelling in capsized.