An accused roommate from hell returned Sunday to the West Village digs where she’s allegedly been squatting and wreaking havoc for more than a year — armed with an NYPD escort.

Kate Gladstone — described in court papers as a nightmare “serial grifter’’ who has become a menacing scourge in the well-heeled Manhattan neighborhood — pulled up to 129 Barrow St. in a police SUV around 2:30 p.m.

Two uniformed cops escorted the 44-year-old woman inside the building — with one of the officers carrying Saturday night’s city Housing Court order preventing her from being booted amid the coronavirus.

“I’m not sure what’s going to happen now,’’ lamented co-op owner Heidi Russell, who sued Gladstone to try to evict her, to The Post on Sunday after the return of her alleged rogue short-term tenant.

“I just want my life back,’’ Russell said.

The homeowner said Gladstone offered to leave the pad about a week and a half ago — but only for a $24,000 payout.

Russell said she balked at paying the amount to the “grifter” — who previously refused to the leave the Christopher Street home of an ex-girlfriend in the Village until she was paid $20,000, court papers allege.

Gladstone arrived at Russell’s brick Barrow Street apartment building Sunday in a sleeveless black shift and black Birkenstocks while holding a large black satchel to block her face from the camera. She refused to comment.

Russell, who was not in the two-bedroom home when Gladstone arrived, entered the apartment  shortly after to quickly retrieve something, but the pair did not interact, the owner said.

Russell said she installed a camera inside her bedroom — and that she plans on returning for the night.

“I don’t want her to feel she’s won, so if I stay away overnight or [for] longer periods, she’s going to feel she won and just keep taking over the apartment,’’ Russell said of Gladstone.

“It’s a hard balance — you want to protect your home, but you also want to be safe.’’

Russell has said she and her partner decided to rent their spare bedroom in June 2019 while her partner was on an extended international trip.

Gladstone — a self-described documentary filmmaker and divorced mom from Pittsburgh — was to pay $2,000 a month. 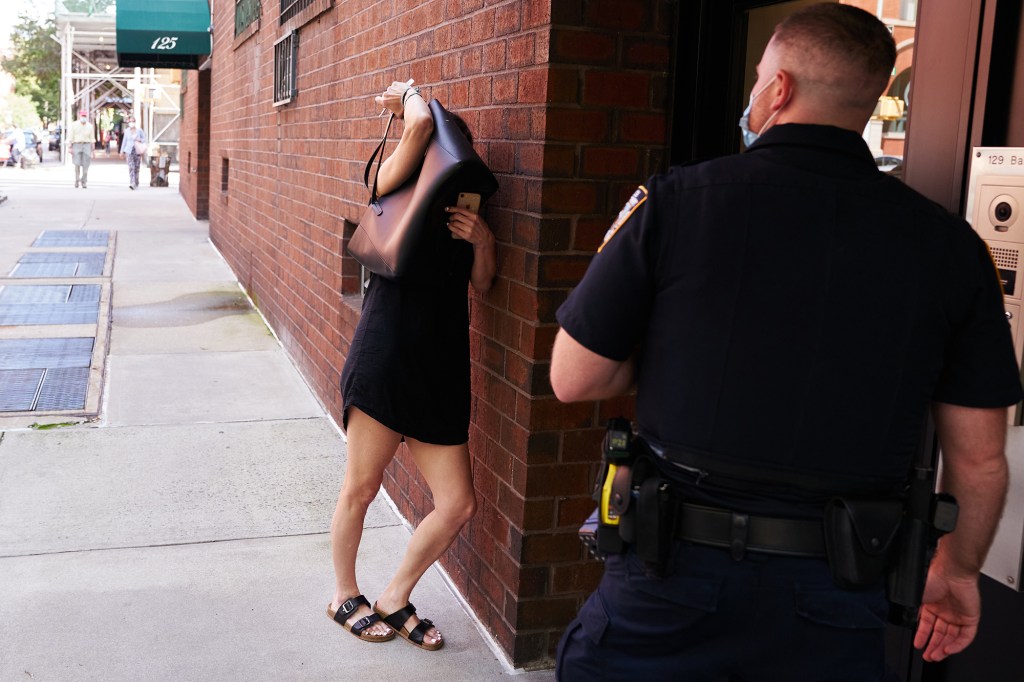 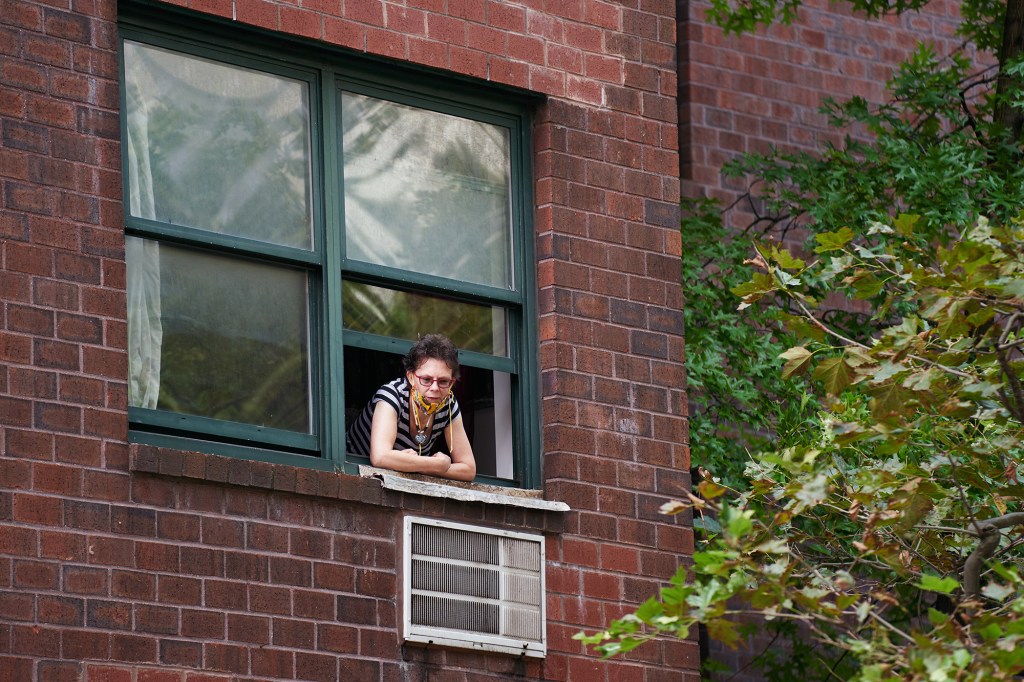 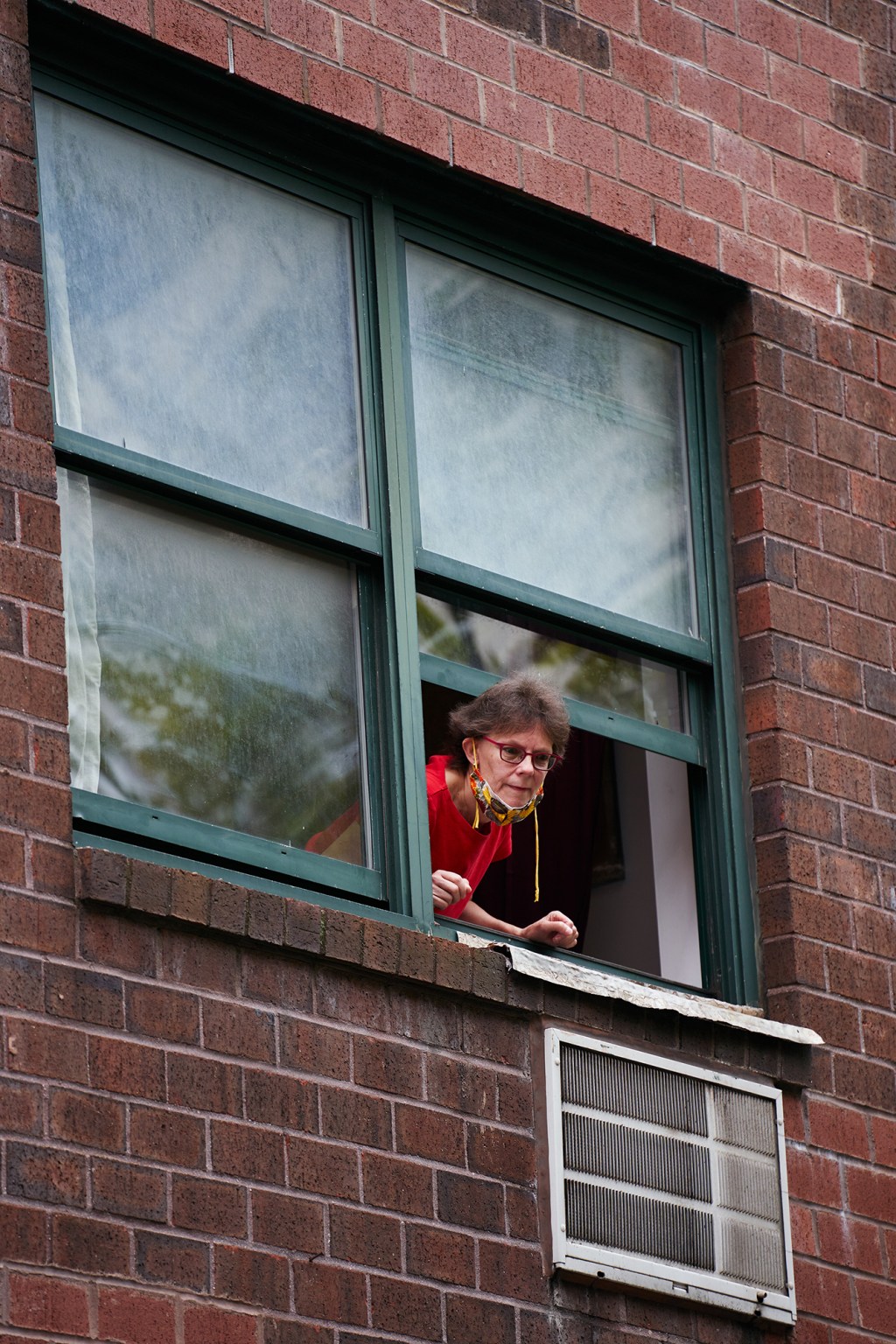 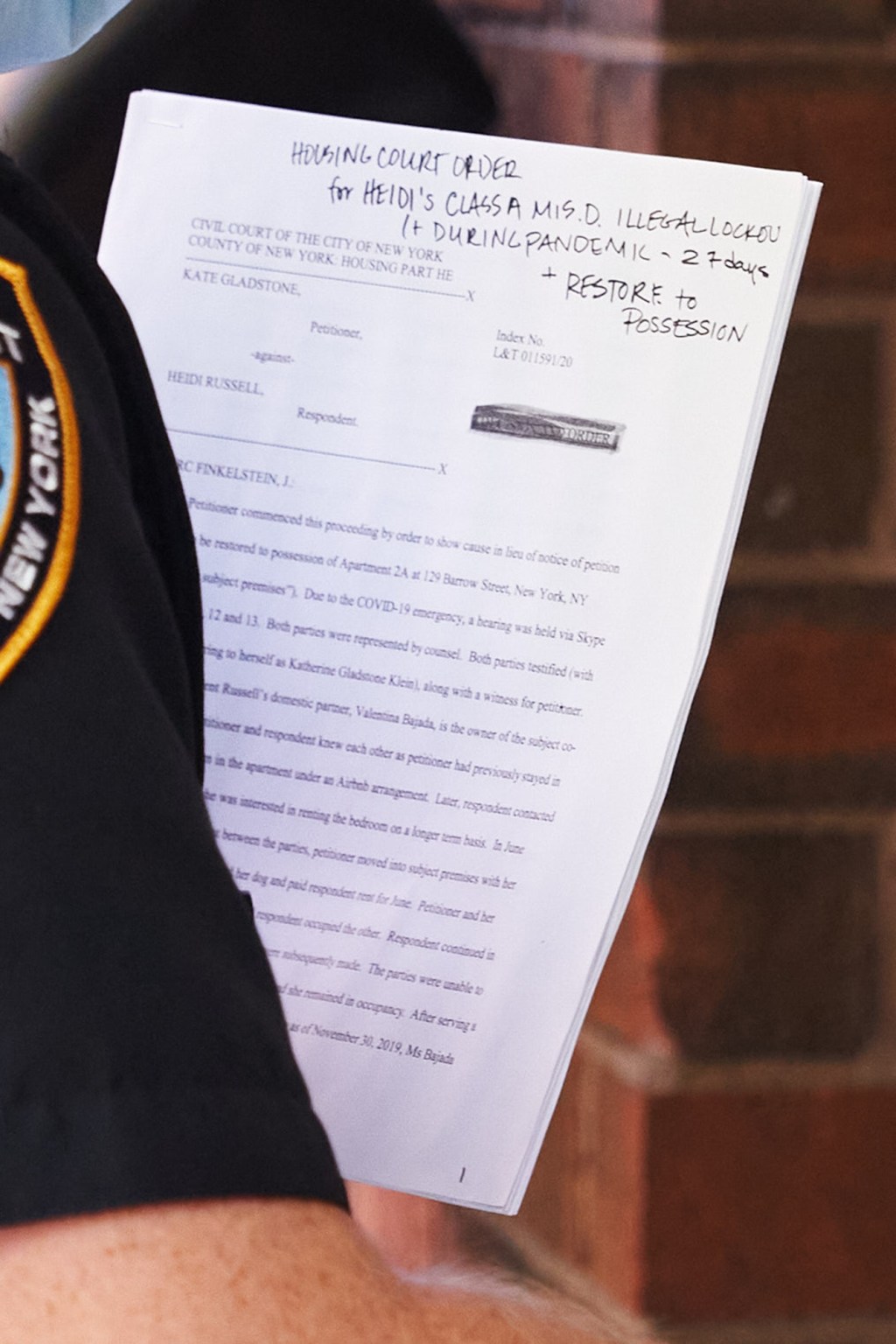 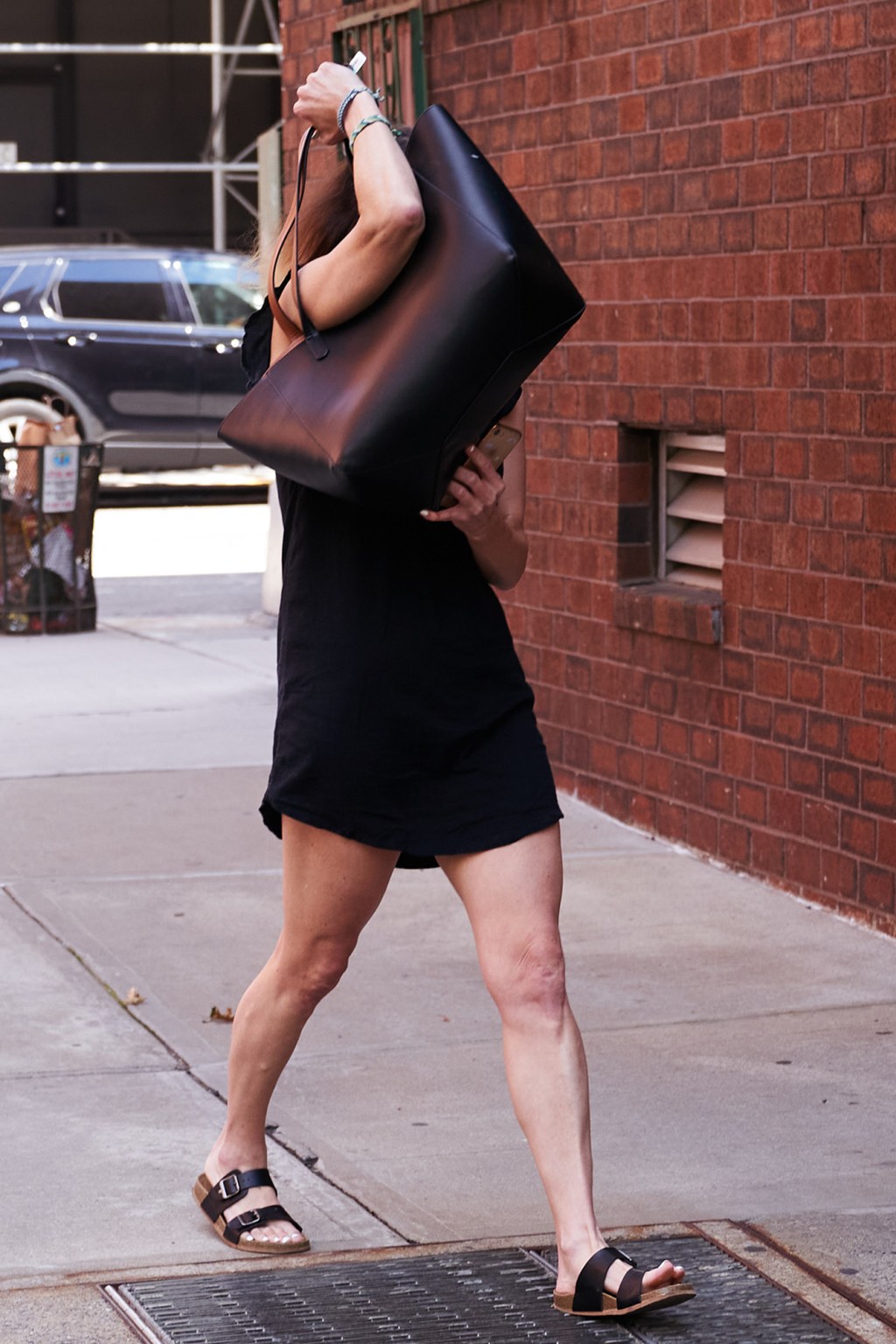