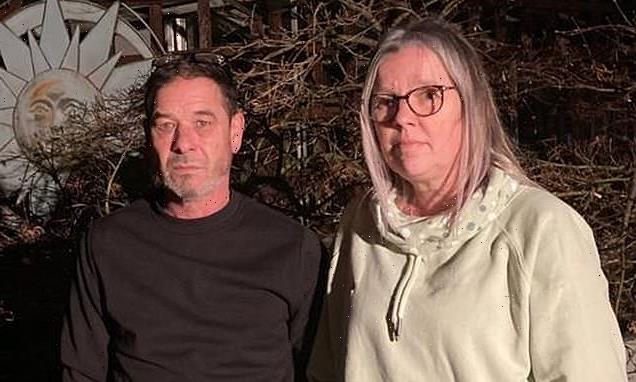 Our nightmare neighbour was jailed for harassment – and rehomed in the same flat after getting out: Couple say they are ‘mentally destroyed’ after lout returns following prison

A Derby couple have been left ‘mentally destroyed’ after their neighbour, convicted for harassment, was rehomed in the same flat after leaving prison.

Martyn and Jane Slater entered a nightmare after they moved from their previous home in Ponsonby Terrace to a new property just a few doors down.

James Keenan was jailed for 12 months in 2021 after admitting three counts of harassment against three victims, and two counts of possession of an offensive weapon.

A five-year restraining order was put in place against Keenan, preventing him from contacting Mr and Mrs Slater or entering their property.

Martyn and Jane Slater have been left ‘mentally destroyed’ after their neighbour, convicted for harrasment, was rehomed in the same flat after leaving prison

But upon his release from prison just months later, he was rehomed in the same flat.

The incidents, which started in late 2019, were reported to the police on multiple occasions.

The couple said that they are living in fear and have not had regular visitors to their house for the last three years.

Martyn said: ‘I’m not taking any more. It’s been horrendous. Absolutely horrendous. It’s doing our mental health no good whatsoever and is destroying us. Our family is being torn apart.’

It all started after  a hedge was cut down by third-party gardeners, which meant the entire garden was now visible from the back window of one of the upstairs flats at the block behind Ponsonby Terrace.

Within days, the Slaters became acquainted with Keenan – whom they say they’d previously heard ‘kicking off’ – when he began to shout abuse directed at them, from his balcony, instead.

The abuse turned into threats to their life. The police were called to the property on numerous occasions, including seven times in one day, according to Jane.

When he was locked up, for twelve months, Martyn and Jane thought they might finally be rid of the problem.

But he was released early and rehomed in the same flat in the supported living complex, St Judith’s Court, which is managed by the charity Creative Support. 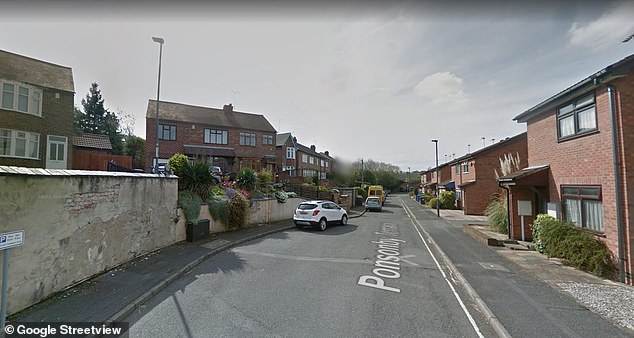 The restraining order states that Keenan is barred from contacting Martyn or Jane and barred from entering their property, while not specifying he has to remain a certain distance from them.

But the Slaters feel it’s completely unfair that he has been rehomed in the same flat.

The Slaters made contact with Creative Support via email. They were advised in July 2021 that the matter was being taken ‘extremely seriously’ and that ‘appropriate action’ was being taken, but that eviction proceedings are an ‘extremely lengthy process’ and that any action was likely to take a ‘considerable length of time.’

Amidst the problems, the Slaters have considered selling their home. But having built a two-storey extension and lived on the street since the mid-1990s, they feel there must be another resolution.

The abuse prevented Martyn from enjoying beers with his late father, who was battling cancer, on their outdoor seating in summer, which he’d otherwise have done to, make the most of the last few years of his dad’s life.

A spokesperson for Creative Support told the Mirror: ‘We are aware of issues relating to the neighbour and the ongoing nature of these concerns.

We are unable to comment on individual cases relating to our tenants but would like to reassure Mr and Mrs Slater that we are doing all we can to resolve the current situation, in consultation with other agencies.’

A Ministry of Justice spokesperson, while not being able to comment on individual’s licence conditions, said: ‘Offenders released on licence face strict conditions and probation supervision and will be punished if they break them.’

A spokesperson for Derbyshire police said: ‘Incidents of anti-social and criminal behaviour can have serious effects on victims and as a force we work hard, along with partners, to tackle this type of behaviour.

‘Neighbourhood crime is a key priority area for the force and extra resources have been moved into our Safer Neighbourhood Teams to bolster the police response to incidents such as this.

‘In this particular case, James Keenan was jailed for 12 months on 12 October 2021 at Derby Crown Court after admitting three counts of harassment against three victims, and two counts of possession of an offensive weapon, following an incident on 23 July in South Street, Derby.

‘On 17 February 2022 an alleged breach of the restraining order was reported to the force, and, after investigation, Keenan was charged and remanded on 3 May.

‘He was dealt with at Southern Derbyshire Magistrates on 27 July where he was handed a conditional discharge by magistrates and ordered to pay costs.