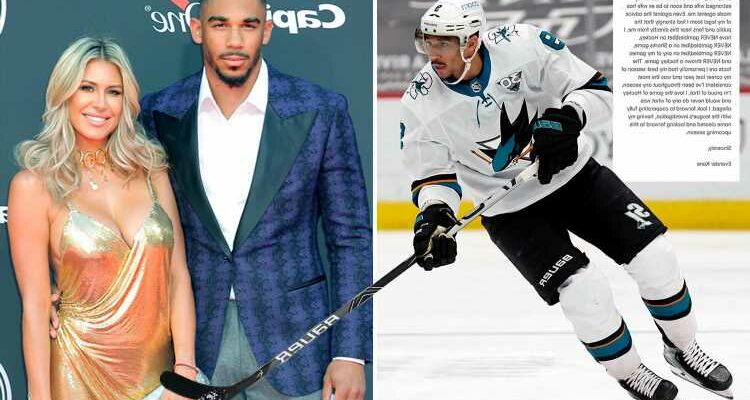 EVANDER Kane’s wife claims he threw off his own team’s games to pay off a massive gambling debt whilst also cheating on her with a Los Angeles model.

In a now-deleted rant on Instagram, Anna Kane alleged the San Jose Sharks player had intentionally tanked matches while leaving his family destitute. 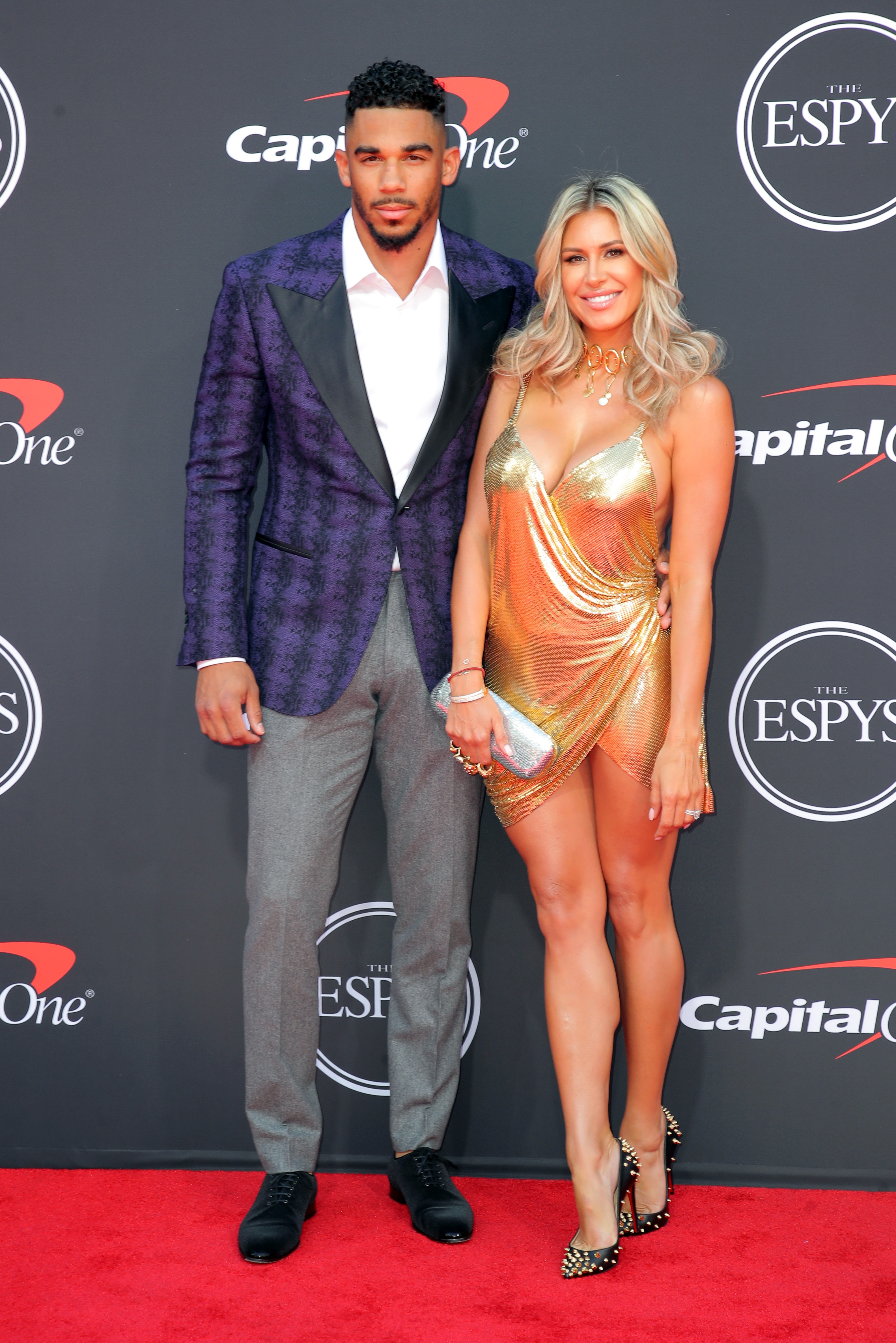 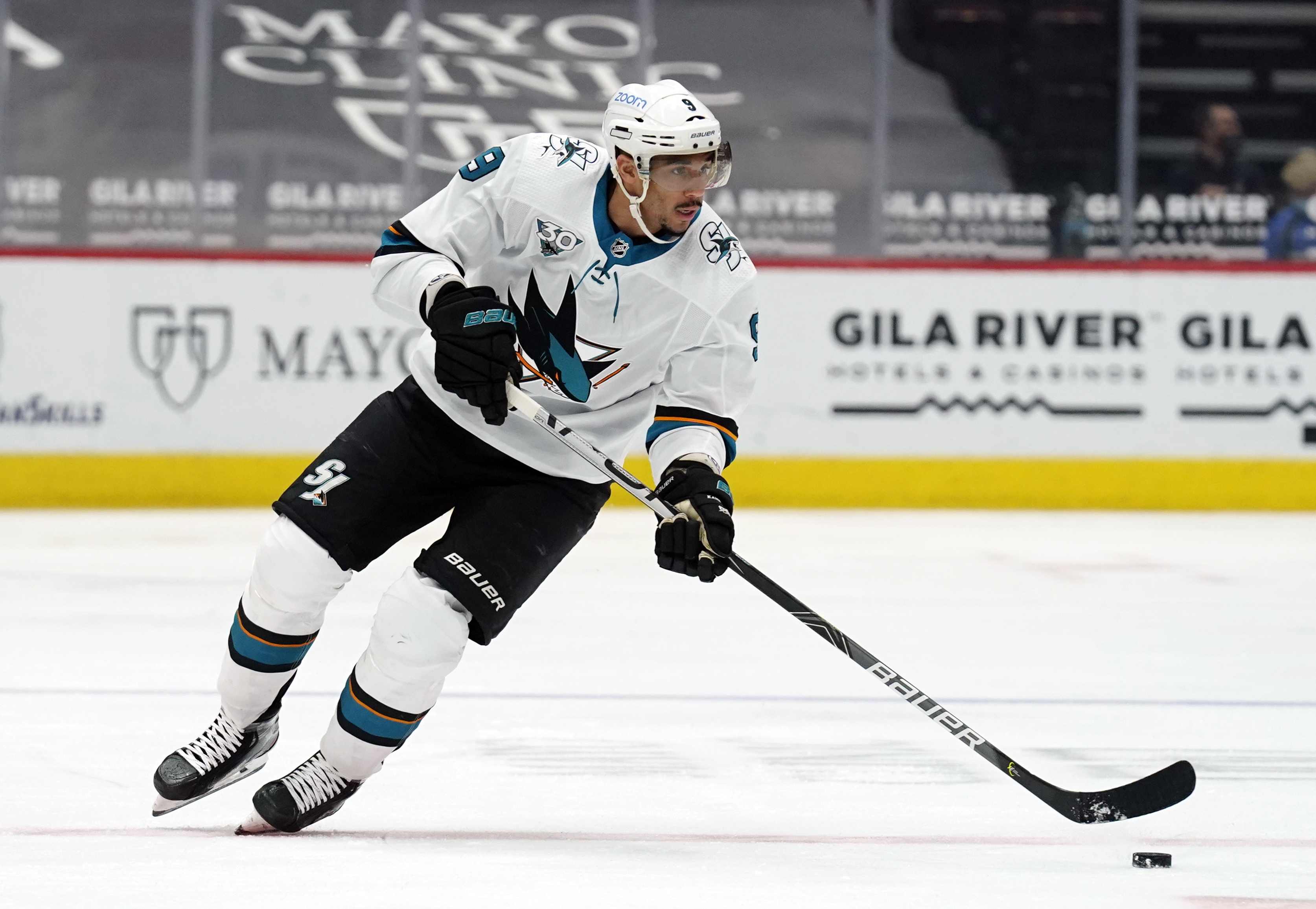 Shortly afterwards, Evander released a statement categorically denying the allegations of throwing games. He has not yet addressed the cheating claim.

He accused his estranged wife of fabricating the betting claims in an attempt to sabotage his career.

Elsewhere, Anna claimed that Evander had been cheating on her with a 26-year-old model.

In a post yesterday, she tagged the model and wrote: “So do u feel good about yourself f*****g my husband when I’m at home pregnant and he can’t even give me money to buy my daughter formula?

“Do you feel amazing with him? After he cheated on you so much that you broke up now you can do this to another woman?”

She went on: “Crazy he said how ugly you were and how much surgery you had…And how you had old rich sugar daddies while you were together?

“He cheated on you so much and you back to him? I’m shocked.”

She said: “How does the NHL let a compulsive gambling addict still play when he's obviously throwing games to win money? Hmm maybe someone needs to address this.

In a statement, the Sharks forward wrote: “Unfortunately I would like to address the completely FALSE accusations that my estranged wife and soon to be ex wife has made against me.

“Even against the advice of my legal team I feel strongly that the public and fans hear this directly from me.

“The facts are I personally had my best season of my career last year and was the most consistent I’ve been throughout any season, I’m proud of that.

“I love the game of Hockey and would never do any of what was alleged. I look forward to cooperating fully with the league’s investigation, having my name clear and looking forward to this upcoming season.”

Anna also claimed Evander’s gambling had left them with no money even to buy formula for their own daughter.

And in a separate post, Anna accused her husband of spending lavishly partying in Europe while asking her to sell her wedding ring to survive.

'I LOVE MY DAUGHTER'

But Evander hit back: “I love my daughter.

“I will and always have taken care of my daughter in every way possible. I have always made sure her mother has had everything she’s needed and more.

“I have tried to de-escalate our divorce issues and be as civil and calm as anyone in this position could. I have tried to set up FaceTime calls and visits with her.

“I have had some FaceTime calls but not every day as I would like to because of being restricted by her mom.

“She has refused me to see her and has unfortunately tried to use my daughter as leverage. I will continue to always take care of my family that goes without question.”

He went on: “I would encourage people to realize that someone who goes to this length to try and jeopardize someone’s career with lies is mentally unwell.

“I hope this is the last time I will be publicly addressing any further misrepresentations of me as a father.”

The NHL last night said it was aware of the posts, writing: “The integrity of our game is paramount and the League takes these allegations very seriously.

“We intend to conduct a full investigation and will have no further comment at this time.”

Kane, 29, is three seasons into a $49 million, seven-year contract.

He’s with his third organization after being drafted by and debuting with Atlanta/Winnipeg and a stint in Buffalo. 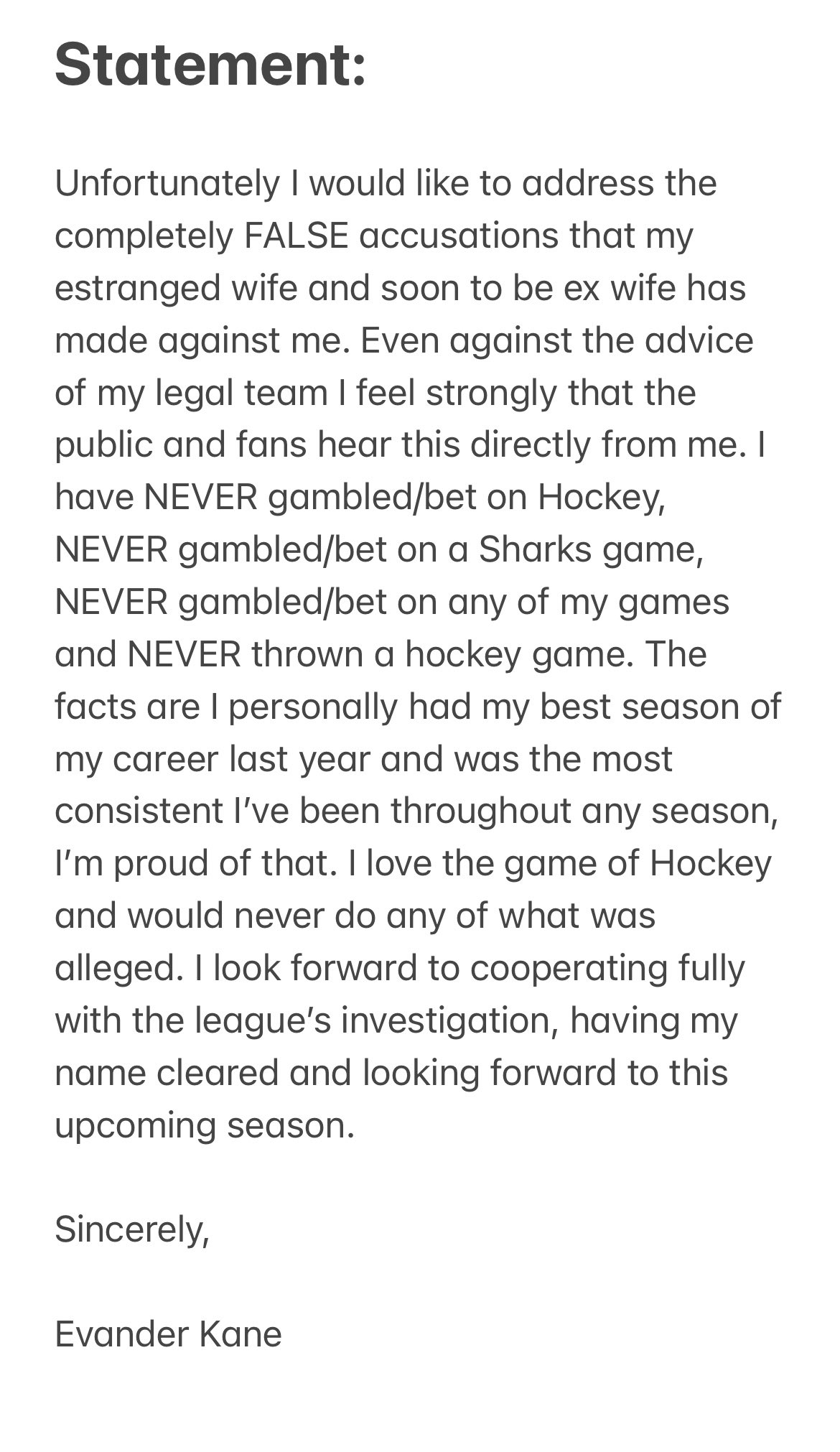 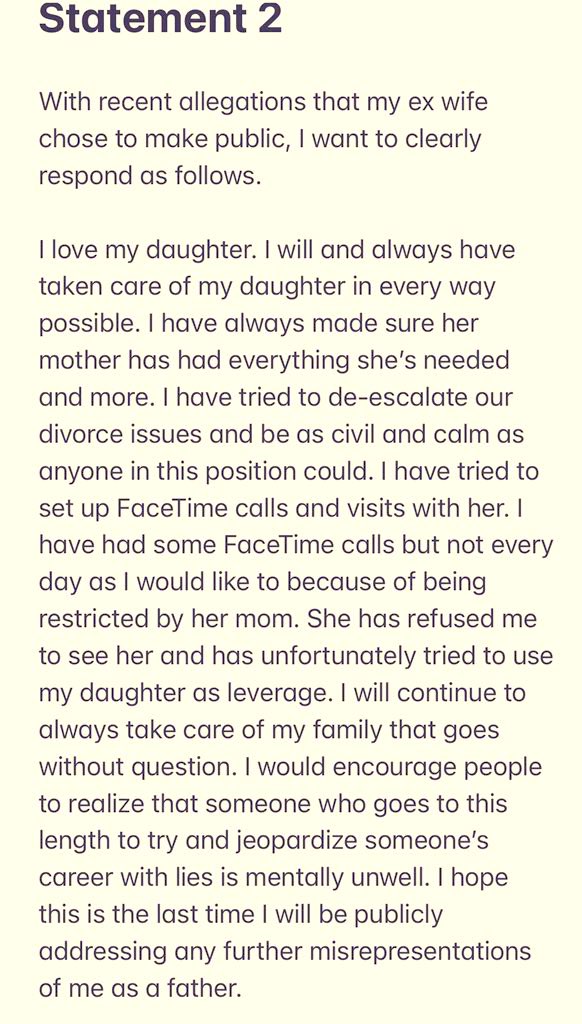