Auckland, New Zealand: When current or former leaders want their messages to be heard abroad, they often choose to pen op-eds in major foreign papers. On Monday, it was former New Zealand prime minister Jenny Shipley's name that appeared in one of Beijing's state papers, the People's Daily. 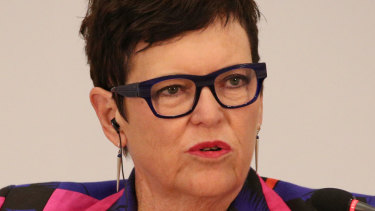 What initially appeared to be an odd embrace of the Chinese leadership by the former prime minister has since turned into a more complex story, which may hold lessons for other Western governments' dealings with Beijing.

Monday's piece praised Chinese President Xi Jinping's policies as "demonstrating China's determination to continue adhering to reform and opening up," and lauded the controversial Belt and Road Initiative as "one of the greatest ideas we've ever heard globally."

"We need to learn to listen to China," the headline of Shipley's apparent op-ed in the People's Daily read.

But two days later, Shipley had a somewhat different message to share: Don't listen to the People's Daily. Speaking to the New Zealand Herald, the former prime minister said she did not write the op-ed and was unaware of plans to run it. 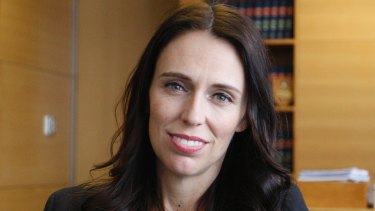 "It is important for the foreign minister and prime minister and others to understand that I would never think of getting into a public situation like this at such an important time for New Zealand's relationship," Shipley told the paper.

Instead, the piece appears to be based on an interview she gave to a Chinese state media outlet in December, weeks before concerns over a growing rift between Beijing and Wellington began to dominate New Zealand's political discourse.

People's Daily did not respond to a request for comment on Wednesday and it remained unclear to what extent the piece's tone matched Shipley's earlier responses. On its website, the paper acknowledged that the "article is based on the interview by journalist with People's Daily in December 2018."

"I have to say I was surprised to hear what had happened, it's quite blatantly an interview turned into a column, which I haven't seen before," current New Zealand Prime Minister Jacinda Ardern said Wednesday, refraining from direct criticism against one of her predecessors.

But to Ardern, the debate comes at a particularly sensitive time, after weeks of developments that would suggest mounting tensions between China and New Zealand – despite strangely strong official denials.

New Zealand's intelligence services recently joined their Western partners in seeking to restrict Chinese company Huawei from building the country's 5G network, citing espionage risks. But at the same time, the Ardern government has gone to great lengths to maintain that nothing is wrong with relations between Beijing and Wellington.

New Zealand prides itself for having an independent foreign policy. However, in practice, the small Pacific country is stuck in a delicate balancing act between the United States and China.

"There are challenges there though, our job is to make sure that we always – in all our relationships – represent New Zealand's best interests, and we do that," Ardern said earlier this month.

The postponement of several key bilateral talks, visits and events in recent months, mostly for "scheduling" reasons, may suggest that the challenges Ardern acknowledged are on the rise.

For Ardern, the apparent intervention by one of her predecessors on Monday was yet another unexpected blow threatening to disrupt her balancing act.