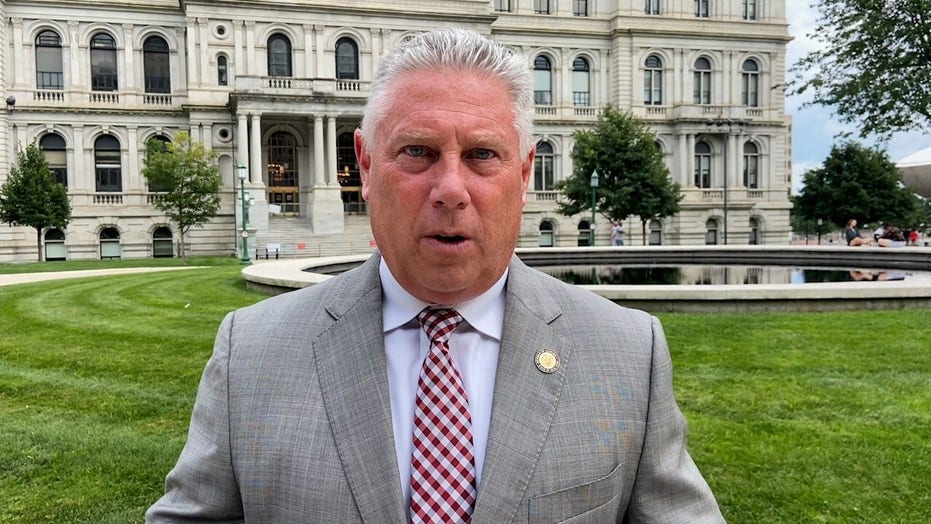 Three New York Democratic lawmakers told Fox News that Gov. Andrew Cuomo must face impeachment if he does not resign.

Three New York Democratic lawmakers told Fox News that Gov. Andrew Cuomo must face impeachment if he does not resign.

“If he does not resign, then the legislature, beginning with the state Assembly, must move to impeach him,” state Sen. Andrew Gounardes told Fox News.

“Frankly, I was quite disgusted,” Gounardes said. “This is not about sex, this is about power.”

“This is about making people feel uncomfortable,” he continued. “This is about trying to lord your power over others, putting them in compromising positions, knowing that they are powerless or voiceless to speak out.”

McDonald told Fox News: “That’s not what New Yorkers expect out of leadership.”

At least 89 of the 150 members in the New York Assembly have said they wanted to move forward with impeachment proceedings if Cuomo didn’t resign, the Associated Press reported Wednesday. An impeachment trial requires a majority vote to proceed.

“Even though the governor and I are in the same party, even though this is a sad day, I do believe elected officials are held to a higher standard and that we do need to be held accountable,” Fahy told Fox News.

Cuomo denied the allegations detailed in New York Attorney General Letitia James’ report, which included claims of both unwanted touching and sexually charged remarks. He released a video that included images of him hugging and kissing people on the cheek and said his behavior was not sexual harassment.

Gournardes told Fox News the video “made my skin crawl.”

“This is someone who does not believe that he did anything wrong,” he added.

Fahy told Fox News that “women need to be listened to.”

“These are stressful workplaces too, do not misunderstand,” she added. “But it shouldn’t be a hostile one, and no one should have to worry about patterns or aggressive sexual harassment.”

McDonald, who said he has known Cuomo for over 25 years, told Fox News: “This is a defining moment in his career. He has the opportunity to do the right thing, to step down for the benefit of all of New York.”

“This governor is not fit to continue to serve,” he continued.