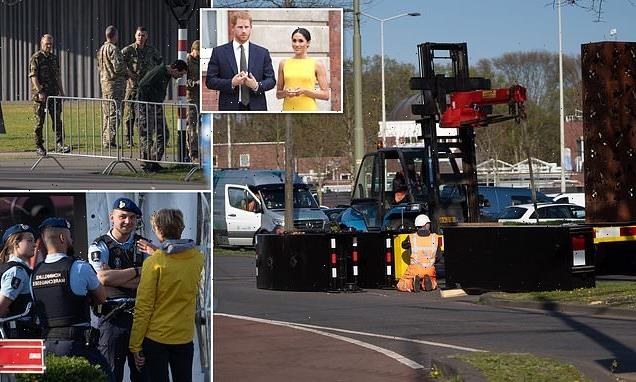 Prince Harry and Meghan Markle are expected to take a Netflix camera crew with them for a private meeting with the Ukraine team as they head to the Invictus Games in the Netherlands this weekend, it can be revealed.

Netflix will follow the Duke and Duchess of Sussex throughout the trip as part of the couple’s $100million deal with the media giant, who are making a documentary about the Paralympic-style games for military veterans.

The film crew will be given exclusive access to the couple in The Hague and are expected to film the behind closed doors meeting between Harry and Meghan and the Invictus team from the war-torn country.

Meanwhile security teams were seen today around The Hague with sniffer dogs and police officers as a ring of steel was put in place before the royal couple jet in from California for the opening ceremony on Saturday.

Harry and Meghan – who have been given so-called VVIP (very, very important person) status by the Dutch authorities – will also be filmed being feted by competitors and their families throughout their trip.

Critics though have accused the couple of cashing in on the games by allowing the Netflix cameras into private meetings. And royal experts believe the VVIP status given the couple will allow Netflix to portray the couple – heavily criticised for failing to attend the Duke of Edinburgh’s memorial – in a particularly favourable light.

It comes after sources close to the couple revealed that Harry and Meghan will be given the ‘VVIP’ status in the Netherlands, affording them top-level local protection – which will be seen as an attempt to justify their non-attendance at Prince Philip’s memorial service at Westminster Abbey last month over security concerns. 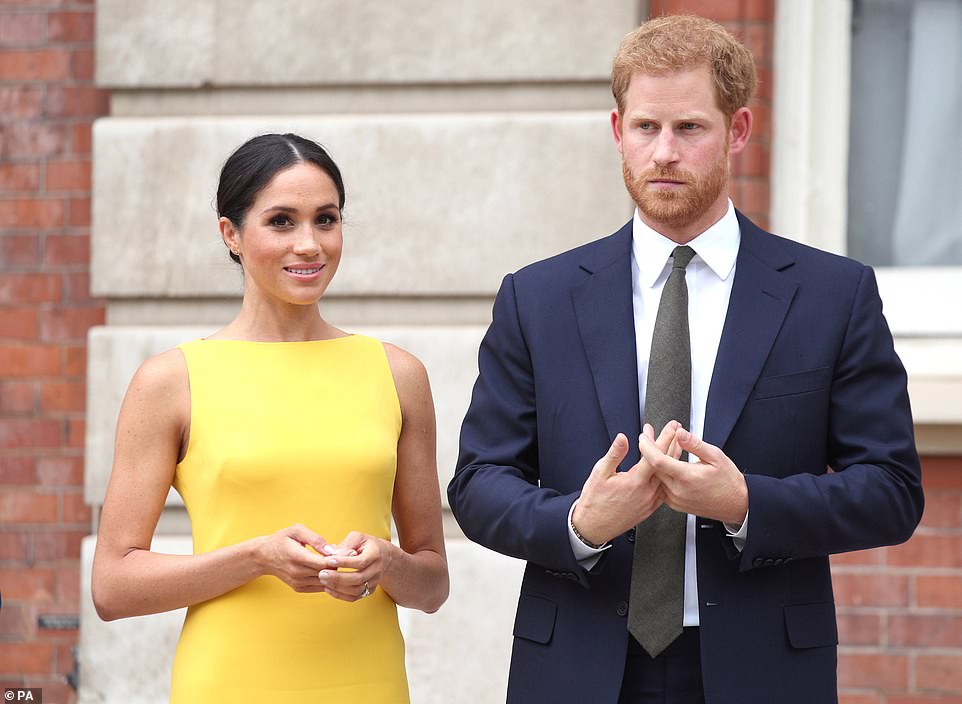 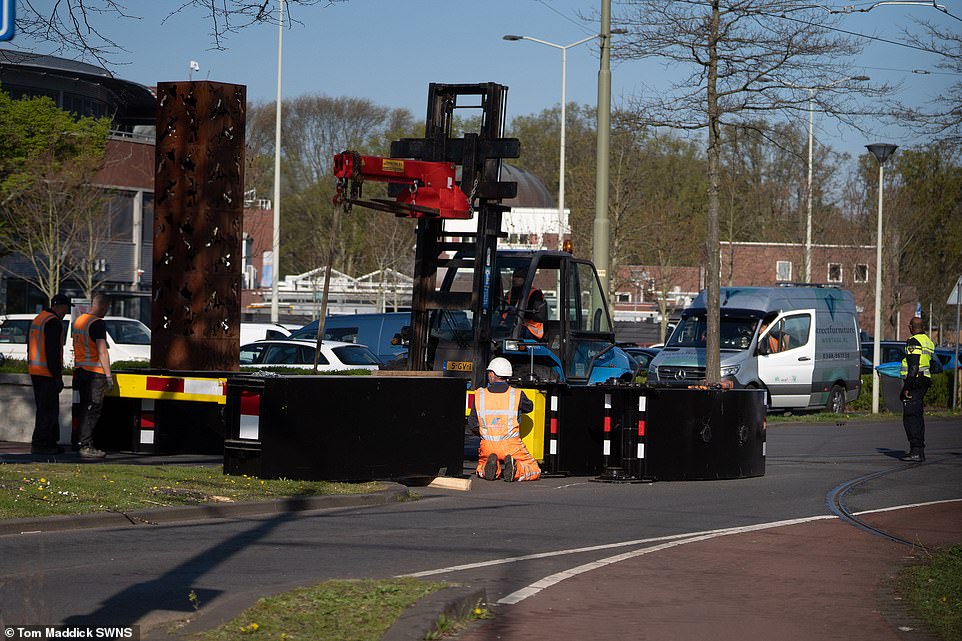 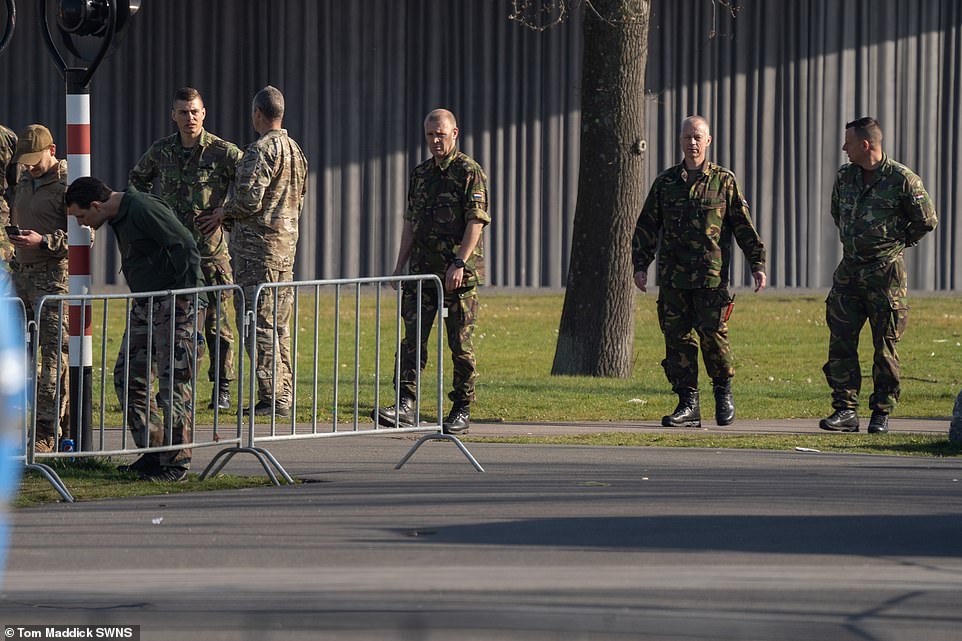 ‘It will look as if they are still members of the royal family when they are private citizens. That will be the whole aim to show people they are still considered very important people. It will no doubt make great play of the ‘VVIP’ status they have been given by the Dutch authorities.’

The film crew are expected to travel in the same armed police protected motorcade that will take Harry and Meghan to the Zuiderpark stadium where the opening ceremony takes place on Saturday.

They will also film the emotional moment Harry and Meghan meet members of the Ukrainian squad whose presence is tinged with heartache over the loss of four of their former colleagues who died defending their country.

The trip marks a return to the spotlight for Meghan whose previous high profile appearances have been the Oprah Winfrey interview and a much panned appearance on the Ellen DeGenres show.

The Netflix doc series being filmed over the course of a week while the games are staged is called ‘Heart of Darkness.’ 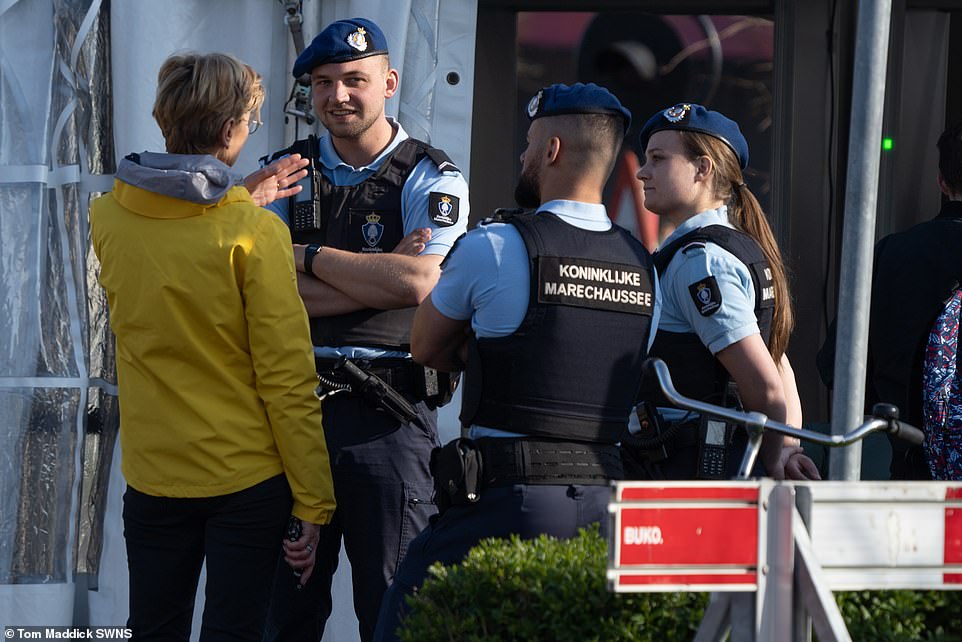 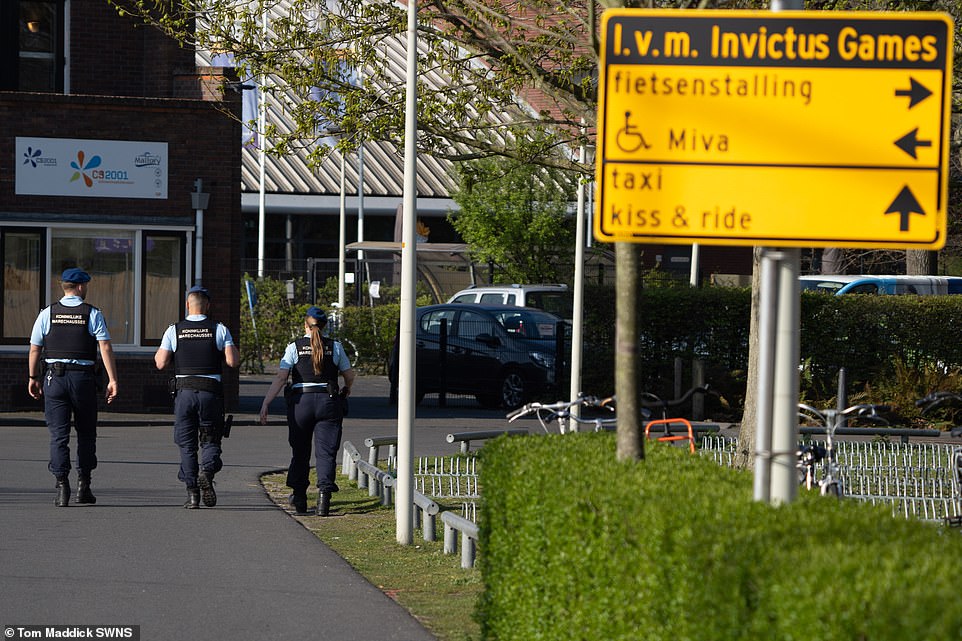 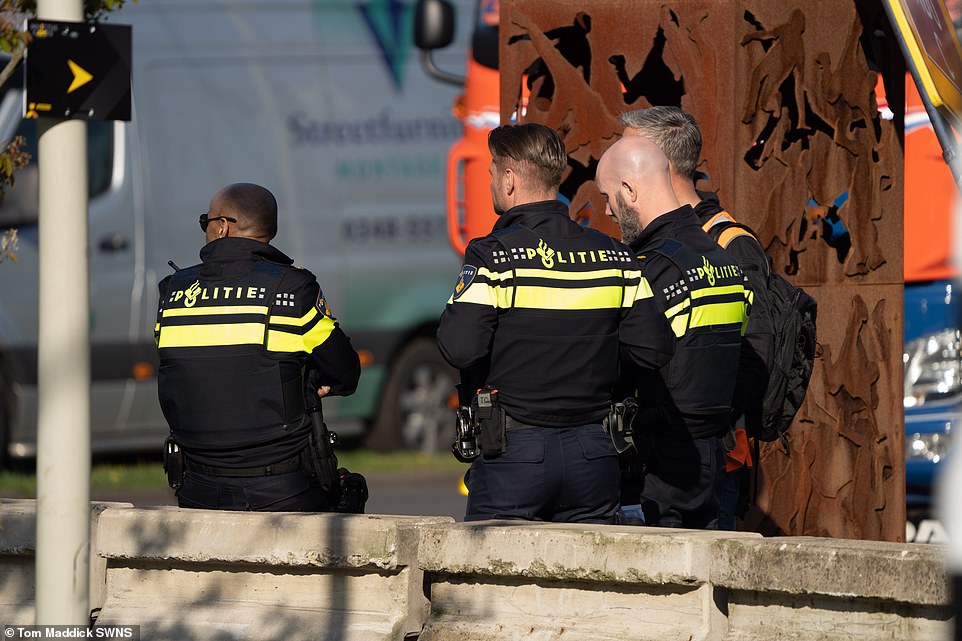 It is the first co-production with the couple’s Archewell Productions and is being made by the Oscar-winning team of director Orlando von Einsiedel and producer Joanna Natasegara.

They were responsible for the widely acclaimed documentary ‘White Helmets’ about first responders during the Syrian conflict.

According to Archwell, the docu-series will ‘ showcase powerful stories of resilience and hope from competitors on their journey to Invictus Games’.

The meeting between the royal couple and the Ukrainian team is expected to be one of the most emotional moments of the week-long games attended by competitors from 20 nations.

Their arrival at Schiphol Airport was tinged with heartache after four members of the squad died defending their country.

Sergey Smilin was killed in service on March 18 while former Invictus competitors Vladimir Motelchuk and Dmytro Oliynyk lost their lives in rocket attacks on March 29, and former trialist Serhii Karajvan died in combat on March 13. 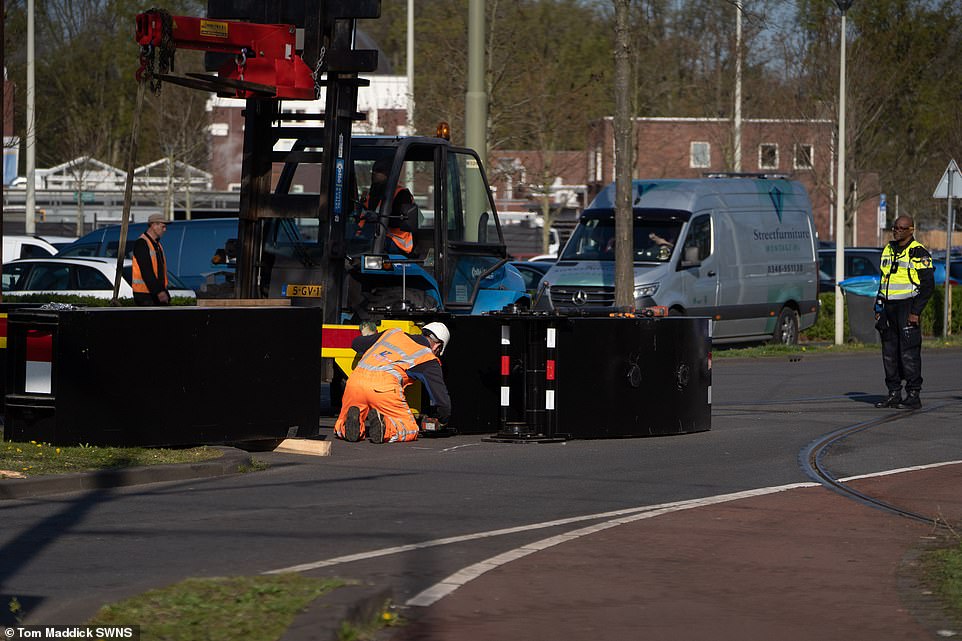 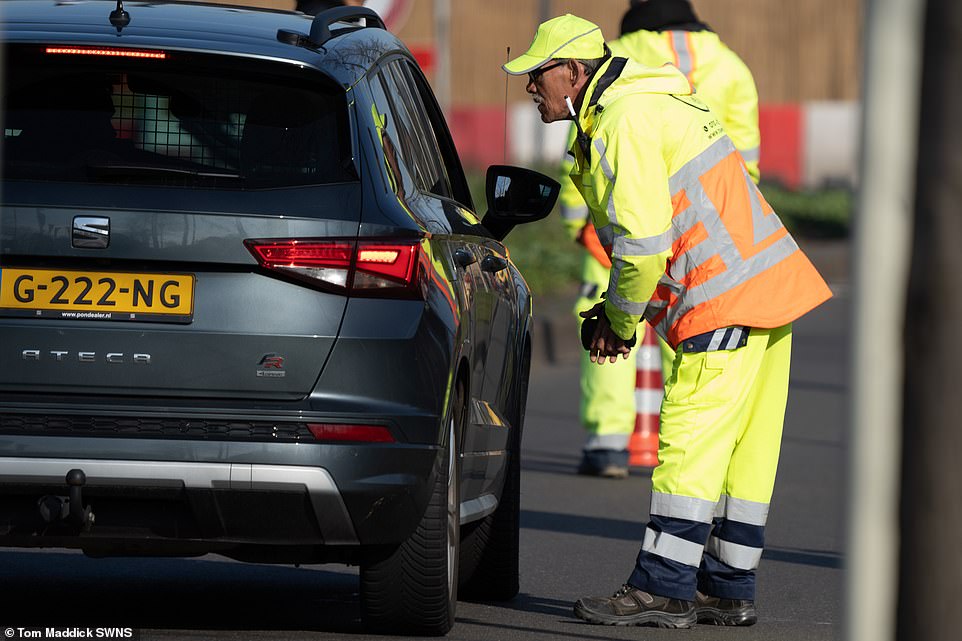 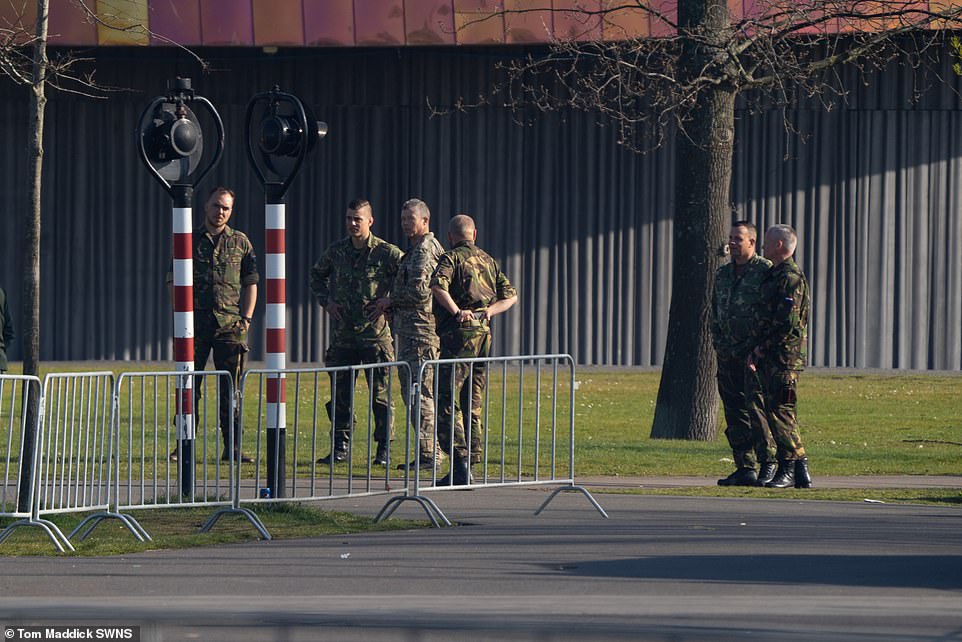 ‘They were all extremely active in the international Invictus community on the We Are Invictus platform, competing in events over the past year including the virtual London Marathon, and online Rowing championships,’ a spokesperson for Invictus said.

A minute’s silence will be held for those who have died in the Ukraine conflict at the start of the opening ceremony at the Zuiderpark in The Hague on Saturday night.

It will be Meghan’s first overseas trip since quitting the royal family in 2020 and moving to California.

The event has been postponed twice due to the pandemic and it was at the 2017 games in Toronto that the royal couple were seen together for the first time. Months later they announced their engagement.

It is understood Harry and Meghan will not get an audience with King Willem-Alexander and Queen Máxima during their stay and will have to instead spend the night at a hotel in The Hague.

Traditionally, the Dutch royal family hosts stays of foreign royals, but a spokesperson has confirmed no such olive branch will be extended to the Duke and Duchess of Sussex.

The couple have been given VVIP status by the authorities and will be protected by members local police and their own private security team.

Royal experts today suggested that Harry and Meghan will use their VVIP status in the Netherlands in his dispute with the Home Office where he is demanding full police protection when he visits the UK. 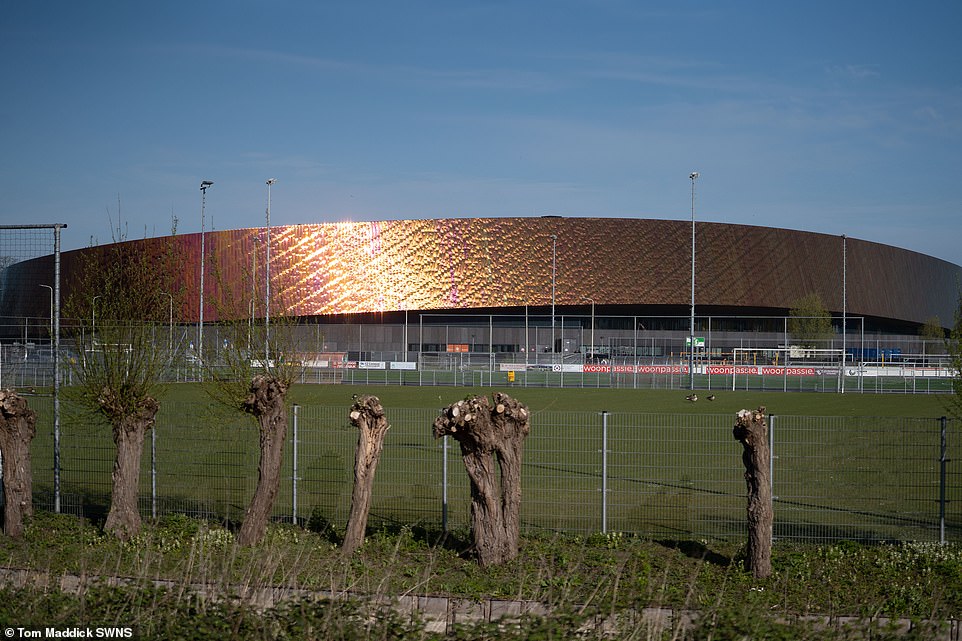 The Sportcampus Zuiderpark in The Hague today, which is hosting the Invictus Games event this year 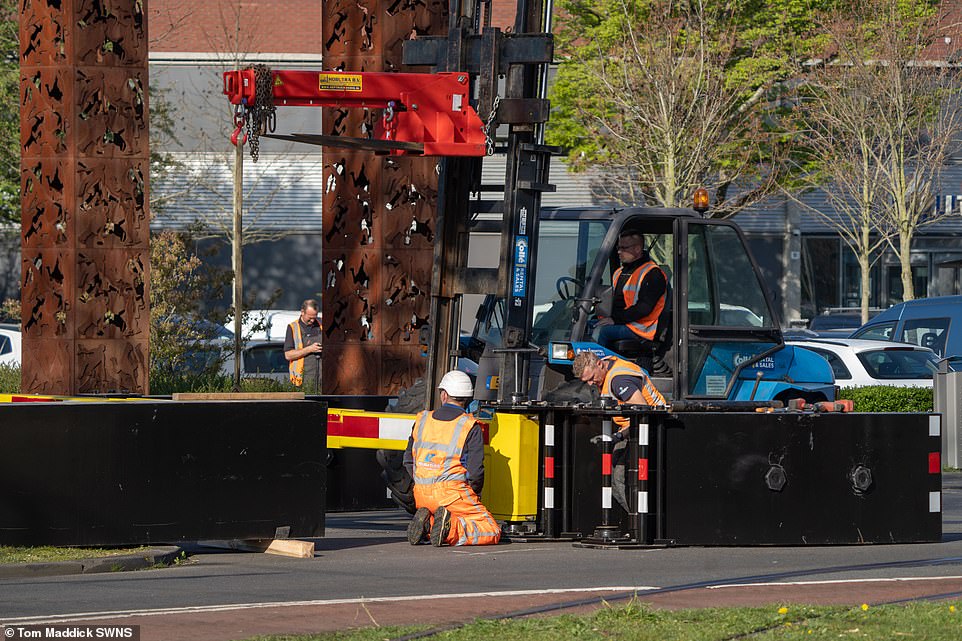 Harry was absent from the Duke of Edinburgh’s memorial service in London last month amid a claim against the Home Office after being told he would no longer be given the same degree of personal protective security when visiting from the US, despite offering to pay for it himself.

The duke wants to bring his children to visit the UK, but he has said the family is ‘unable to return home’ because it is too dangerous, a legal representative claimed.

Royal author Phil Dampier said the couple will attempt to use the level of protection they receive in Holland to prove to UK authorities that they should have same on their visits.

‘Harry and Meghan are no longer members of the royal family and have said they are private citizens until it comes to security,’ said Mr Dampier.

‘It is nonsense to say they would not have been given full security had they bothered to attend Prince Philip’s memorial service. They would have been in the royal bubble and had full security for the duration of the trip.

‘The security or lack of it was an excuse. The real reason for the no show was the huge rift with the rest of the family.’