Senior executives from Israeli telecommunications giant with links to Netanyahu arrested as part of ongoing probe. 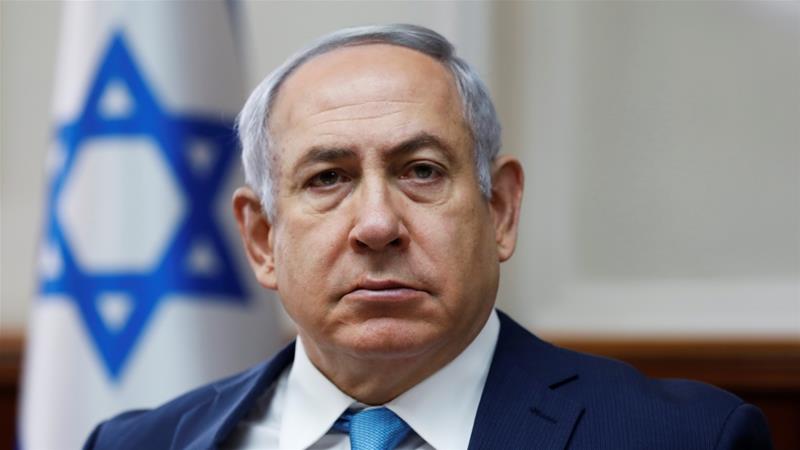 New information revealed by the Israel Securities Authorities (ISA) led to the arrest of the officials, which include two close associates of Netanyahu – but a gag order in place has not allowed for further details to be released.

Investigators are looking into allegations that the telecommunications giant received benefits for providing positive media coverage of the prime minister.

The corruption case, known as case 4,000, is the fourth of its kind in which Netanyahu is a suspect. As of Sunday, both the police and the ISA are working together on the case.

The investigation is also looking into Netanyahu’s relationship with Shaul Elovitch, the controlling shareholder of Bezeq.

According to the Israeli daily, Haaretz, Walla’s chief executive is expected to be a key witness in the Bezeq case.

This recommendation is at the more serious end of the spectrum of charges expected to be levelled against Netanyahu in two criminal investigations that have been ongoing for more than a year.

Some of the biggest charges the Israeli police is accusing him of include Netanyahu accepting gifts from wealthy businessmen worth hundreds of thousands of dollars.

In another case, police allege that he tried to strike a deal with Israel’s second largest newspaper, Yedioth Ahronoth.

His wife and the country’s first last, Sara Netanyahu, has been questioned over allegations of using public funds for private expenses as well.

Netanyahu, who has denied wrongdoing and pledged to stay in office regardless, has been questioned several times by police since the start of 2017.