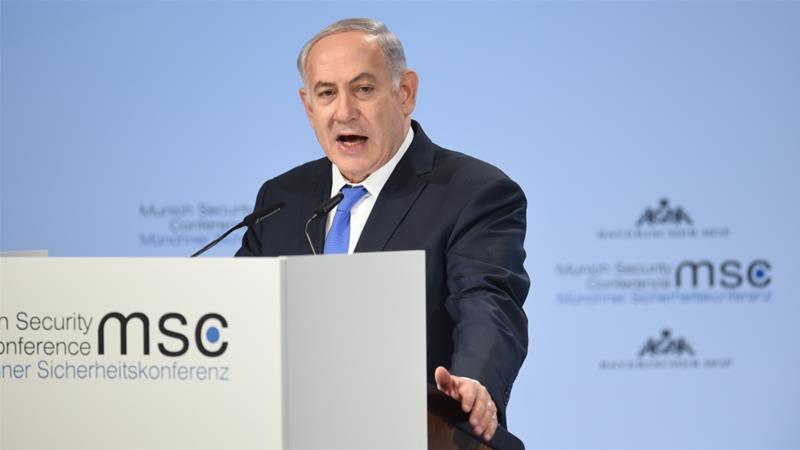 Benjamin Netanyahu, Israeli prime minister, has labelled Iran “the greatest threat to the world” in his address to the Munich Security Conference in Germany.

“The commander of the Revolutionary Guard, [Mohammad] Ali Jafari, said: ‘We are on the path to the rule of Islam worldwide’ … I think it is in my judgement the greatest threat to our world,” he said.

Listing the countries in which he said Iran was a troublemaker, he said “nowhere is Iran’s belligerent ambitions clearer than in Syria”.

“There, Iran hopes to complete a contiguous empire, linking Tehran to Tartus, the Caspian to the Mediterranean,” he said, adding that Israel would “continue to prevent Iran from establishing a permanent presence in Syria”.

“Israel will continue to act to prevent Iran from establishing another terror base from which to threaten Israel,” he said.

“We will act without hesitation to defend ourselves. And we will act if necessary not just against Iran’s proxies that are attacking us, but against Iran itself.”

Speaking at the conference later on Sunday, Mohammad Javad Zarif, Iranian foreign minister, said “cartoonish” attacks on Iran did not deserve a response.

“You were the audience for a cartoonish circus just this morning which does not even deserve the dignity of a response,” he said. 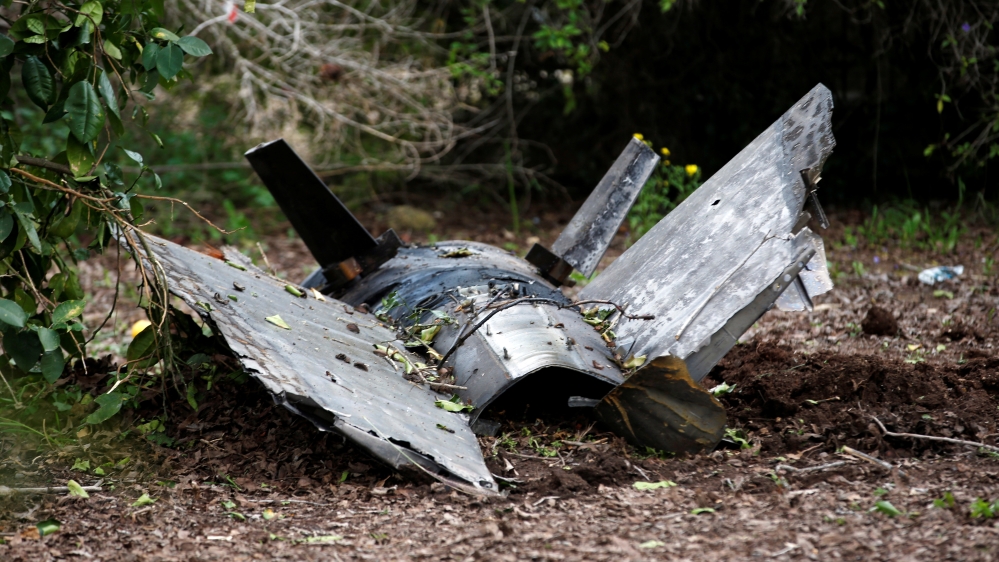 Al Jazeera’s Hashem Ahelbarra, reporting from Munich, said the recent clashes were a serious development that could lead to more escalation.

He was referring to a confrontation earlier this month between Israel and Iran in Syria that saw the Israeli military shoot down what it called an Iranian drone over occupied Golan Heights and carry out air raids against “Iranian sites” deep in Syria.

The development resulted in the downing of an Israeli fighter jet without any casualties.

Mahjoob Zweiri, associate professor in contemporary history of the Middle East at Qatar University, told Al Jazeera that Netanyahu was “obsessed” with Iran.

“Over the last 15 years, every week he is making a statement on Iran,” he said.

“Today’s speech that compared Iran with Nazi Germany was a very strong statement. He is using the political anti-Israeli rhetoric of Iran in his argument that Iran should be reined in.”

In his speech, Netanyahu accused Iran of openly threatening to “annihilate Israel with its six million Jews”.

He said Iran was developing ballistic missiles “to reach deep into Europe and the United States as well”.

“Once armed with nuclear weapons, Iran’s aggression will be unchecked and it will encompass the entire world,” he said.

He also criticised the nuclear deal signed with Iran by the world leaders in 2015, saying the agreement “that was seen as appeasement has only emboldened the regime and brought war closer”.