The NBA season ended just a few weeks ago, but it’s been quite a while longer than that since we’ve seen the Los Angeles Lakers on the court. Last season, the Lakers failed to make the playoffs despite entering the season as the favorites to win the Western Conference. Disappointment is an understatement when it comes to describing the 2021-22 Lakers.

However, with the offseason now here, hope is abundant for a lot of NBA fans. Despite last year’s disappointment, it seems like people are once again believing in the Lakers. They’ve seen their odds shift drastically over just a few weeks and they’re one of the more popular early bets to win the 2023 NBA title.

Lakers are a popular bet

When BetMGM released the betting odds for the 2023 NBA championship, the Lakers opened at 22-to-1 to win it all. Those odds were outside the top-10 and behind teams like the Denver Nuggets. It seems like bettors certainly liked the Lakers at those odds.

Currently at BetMGM, the Lakers have received over 11% of the bets and over 13% of the betting handle to win the title in 2023. Both of those numbers are the second highest of any team. Only the Golden State Warriors are getting more betting action in the early going.

As a result of the heavy Lakers action, their odds have moved. After opening at 22-to-1, the Lakers are now just 14-to-1 to win the NBA title. Those odds put them on the same level as the Memphis Grizzlies, Dallas Mavericks, Miami Heat and Philadelphia 76ers. All of those teams made the playoffs and won at least one round this past season.

Lakers need to figure it out

This past season, the Lakers went just 33-49. They were a bottom-five team in the league when it came to covering the spread, covering in under 43% of their games. Not only did the Lakers not make the playoffs, they didn’t even qualify for the expanded play-in tournament as they finished 11th in the Western Conference.

From the get-go this past season, it was obvious there were issues with the Lakers. The team acquired Russell Westbrook last offseason, and the results were not there. Westbrook was never known for his efficiency, and playing with LeBron James and Anthony Davis certainly didn’t end up working out the way the Lakers had hoped. 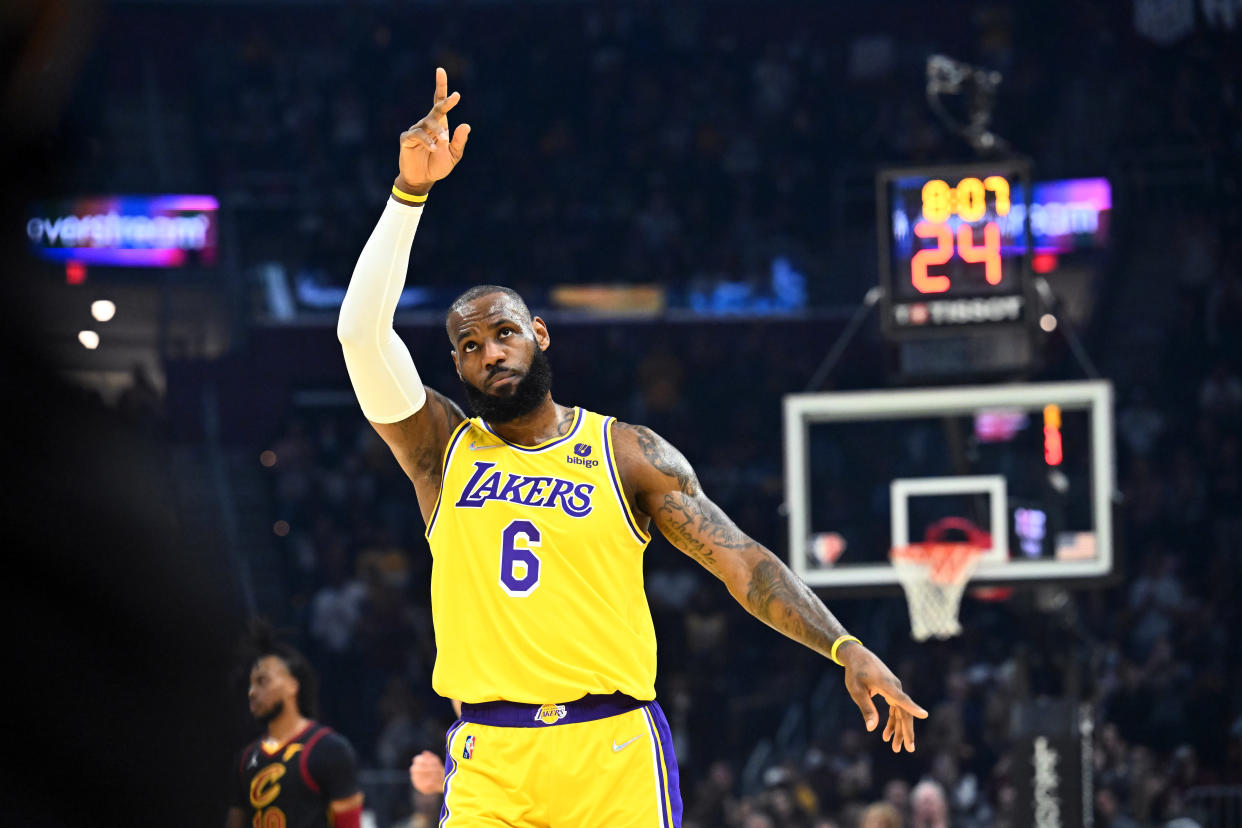 LeBron James had the second-best season of his storied career from a points-per-game perspective, but it wasn’t enough to overcome everything around him. James also missed a bunch of games with injuries, as he suited up in just 56 games this past season. Speaking of injuries, those were also a concern for Anthony Davis who was held to just 40 games in 2021-22.

There was hope that the Lakers were going to make a massive move, and that might have inspired some of the betting action we’ve seen on them. However, Russell Westbrook exercised his player option to remain with the Lakers and Kyrie Irving exercised his option to remain in Brooklyn. While those rumors haven’t been completely eliminated, those moves certainly throw some cold water on the flames.

Whether it’s a healthier season for their stars, improved chemistry or a franchise altering move, the Lakers need to figure out how to improve off last season. While ruling out LeBron is a foolish proposition, he’s only getting older and we saw last season that this team has major flaws. It’s hard to waste a year of LeBron’s career, but the Lakers did just that last season.

Lakers were a popular bet last season too

Being a popular bet isn’t new when it comes to the Lakers. Not only are they one of the more popular and storied franchises in sports, but they have the best player of the current generation on their team. It’s no surprise that bettors like putting their money with the Lakers and LeBron.

Entering the start of last regular season, the Lakers were +450 to win the NBA title. Those were the second best odds in the league behind the Brooklyn Nets. The Lakers were favorites to come out of the West.

Not only were the Lakers one of the favorites, they were a popular bet. In the preseason of last year, Los Angeles received over 25% of the betting action. No other team received more than 9% of the bets. While the 14-to-1 odds this year are certainly more attractive, this team has let bettors down in the past. Will this year be different?